February 27th to be celebrated as ‘Surprise Day’ across Pakistan

The fateful day brought the aerial force of Pakistan and India engaged in a dogfight after two Indian jets violated the airspace of Pakistan on LOC Kashmir in the daylight on February 27th. Meanwhile, India media and the Indian Air Force continue to deny the failure of the 27th February attack, presenting it as a "successful operation" against PAF. 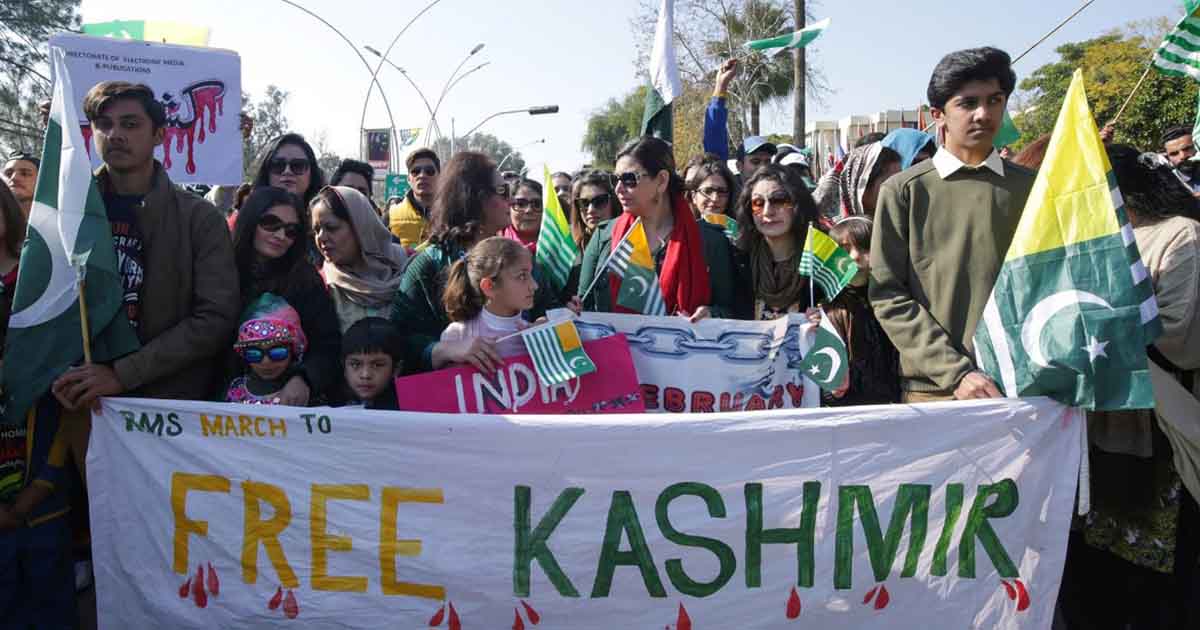 The government of Pakistan has decided to celebrate February 27th as the ‘Surprise Day’ to commemorate Pakistan Air Force’s ‘Operation Swift Retort’ against the Indian Air Force following the violation of Pakistan airspace the same day last year.

Pakistan and India engaged in an aerial dogfight after two Indian jets violated the airspace of Pakistan on LOC Kashmir in the daylight on February 27th.

February 26th and 27th are significant as Pakistan Air Force (PAF) foiled the attempts of Indian Air Force intrusion into Pakistan’s airspace from LOC Kashmir. On the night of February 26th, 20 Indian jets violated the airspace of Pakistan but with the swift action from PAF, the Indian jets were chased off within a few seconds of the violation.

Later on Wednesday, 27th February, PAF shot down two Indian jets– when they ventured into Pakistan’s airspace– resulting in the death of one Indian soldier, and the capture of Indian Wing Commander Abhinandan Varthaman, who survived the crash but fell on the Pakistani side of the border.

Meanwhile, the heroes of Operation Swift Retort, Wing Commander Noman Ali Khan, and Squadron Leader Hassan Siddique, of PAF, assured the nation that they will stand guard against the enemies, and are fully equipped to eliminate all threats to Pakistan’s territorial sovereignty.

Together, the duo sent across a powerful message, saying, “Sleep tight Pakistan, we are awake”, while receiving a standing ovation during a 6th September ceremony of the Defence and Martyrs Day.

Abhinandan’s arrest made international headlines, and despite the obvious embarrassment for New Delhi, in an ironic twist of events, Varthaman was presented with the Vir Chakra gallantry award for his “bravery” against the Pakistan Air Force.

Indian media and the Indian Air Force has vehemently denied the failure of the 27th February attack, presenting it as a “successful operation” against PAF. While the truth remains that the Pakistan Army captured Wing Commander Abhinandan, and he was released immediately without imposing any pre-conditions on New Delhi.

In response to a question regarding his feelings in the cockpit, the two pilots recalled that during the attack, the only thoughts on their mind was “the enemy, the safety of the motherland, and the image of Pakistan.”

The duo said, “They attack us at night, missed their targets and returned, but we fulfilled our mission by hitting our targets.”

DG ISPR Kills Two Birds With One Stone: Honor Religion But Learn How to Fly