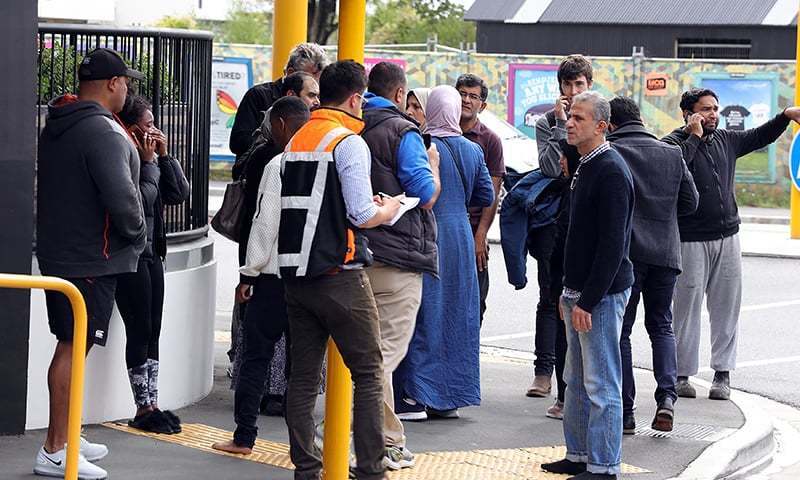 Pakistan’s Foreign Office, almost 30 hours after the New Zealand deadly terror attack in Mosques which took the lives of 46 Muslims, has released a list of Pakistanis who have been reported missing after the attack.

Two of these Pakistani citizens have died in the unfortunate Christchurch terrorist attack, with one of them being hailed as a hero for his courageous attempt to stop the shooter during the attack, local press reported.

Muslims all around the world condemned the attack, even more so, the hypocrisy shown by the Western media in their reluctance to term the attack as a terrorist attack.

Naeem Rashid gave in to his wounds while under treatment following the attack and was identified as the individual who rushed at the right-wing terrorist attacking the mosque. His son, Talha Naeem, has also succumbed to his injuries.

The spokesperson of Ministry of Foreign Affairs, Dr. Muhammad Faisal in his tweet said that another Pakistani named Muhammad Amin Nasir has been treated in ICU and remains in critical condition.

Terrorism in #NewZealand: One Pakistani injured identified as Muhammad Amin Nasir, DOB: 01-10-1951, from Hafizabad. He is in ICU and remains in critical comdition. #pakistanagainstterror

Dr. Faisal said that High commissioner and Deputy Head of mission have been in contact and information is being retrieved regularly.

Our High Commissioner in Wellington and DHM, who is in Christchurch, are in touch and latest info is being retrieved regularly.

On Saturday, a New Zealand court charged the primary suspect in the shootings with murder. The 28-year-old Australian, identified as Brenton Harrison Tarrant, killed 49 people and injured 48 others after he opened fire at two mosques in Christchurch on Friday, 15th March.

Muslims all around the world condemned the attack, even more so, the hypocrisy shown by the Western media in their reluctance to term the attack as a terrorist attack. The white supremacist terrorist has been painted as a disturbed individual who carried out this heinous act as a consequence of personal trauma. Muslims and reasonable voices around the world are voicing their concerns on the fueling of Islamophobia through the media and its hesitation in denouncing the acts as terror.

Prime Minister Imran Khan, along with other Muslim world leaders like Erdogan, strongly condemned the act and said that it was the result of the rise in militant Islamophobia.

India lashes out in frustration as it loses international face