Freedom of expression vs anti-state propaganda: What should Pakistan do?

Be it digital or electronic media, anti-state elements masqueraded as human rights activists are presented under the cover of freedom of expression. What can Pakistan do to safeguard its national interests in the age of cyber war? How should Pakistan, particularly the youth, deal with the 5th generation war? 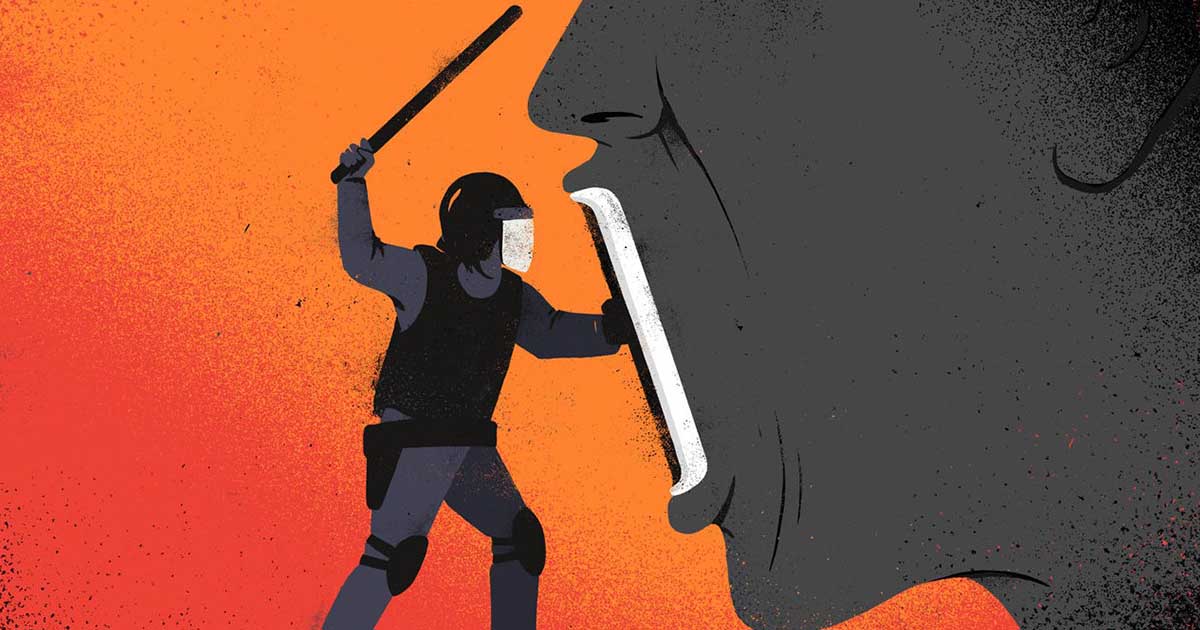 Authorities in Pakistan believe that there is no formal mechanism to control or counter fake news. Pakistan Telecommunication Authority (PTA) Chairman Amir Azeem Bajwa said Monday there was no mechanism available to stop the fake news and anti-state propaganda on social media. He urged the government, tech-giants to sit together and formulate a policy in order to legislate on the matter to protect citizens, and ensure ‘transparent and reliable sources of information’.

Speaking at a meeting of the NA Standing Committee on Information Technology and Telecommunication, Bajwa said: “The social media platforms do not have their offices here and neither do they give any explanation for their non-cooperation.”

Committee Chairperson Ali Khan Jadoon presided over the meeting, which was attended by Naz Baloch, Makhdoom Zain Hussain Qureshi, and Muhammad Hashim Notezai, among others.

The PTA chair continued, saying that if social media giants such as Twitter, Facebook, and Google cooperated with Pakistan, “then we can track down the IP address from where the fake accounts are being created”. He criticised the social media platforms over their slow response, noting that the companies took time “to remove child pornography and anti-state content”. “After consultations with the [relevant] stakeholders, a national coordinator will be appointed,” he said.

Funny thing is without understanding the context in which PM Imran Khan talked of "U Turn", all PTI is sitting on TV shows & giving all kinds of stupid explanations. This is literally a Media Circus at its best – at a time when enemies of Pakistan have launched 5th Gen.War on us

IT & Telecommunication Secretary Shoaib Ahmad Siddiqui, on the other hand, informed the committee that there existed no system to monitor social media. “No technology has been made to keep a check on social media,” Siddiqui said, adding that the regularisation could only help keep a check and balance on the platform. “The social media companies will be responsible to remove the content that is insulting and that goes against the state and its culture,” he added.

Jadoon reminded the committee that Google and Facebook had threatened to shut down their services, while Notezai said: “Banning social media is not the solution. “It will further intensify the matter,” he added.

Recently, the joint response from Asian Internet Coalition (AIC) might have rattled the Pakistani government as they have threatened to abandon their services in Pakistan, sending 70 million internet users into digital darkness.

While tech companies claim that they are not against the regulation of social media in order to curb the spread of fake news, the way in which these regulations have been enacted has made AIC members re-evaluate their willingness to operate in Pakistan.

According to the document titled “Citizens Protection (Against Online Harm) Rules, 2020”, social media companies, including Facebook, Twitter and YouTube, will have to register with the government within three months of coming into force of the new rules. But these rules, argue tech companies, also empower the government to control information and use it for its ‘vested’ political interests.

This is the age of cyber warfare, commonly known as 5th generation war. In a highly complex global world, argue analysts, Pakistan needs a robust digital mechanism to control and counter-propaganda. It is believed that the most powerful and effective tool of the 5th generation war is propaganda being run on social media.

Recently, the EU DisinfoLab, a European NGO tackling disinformation, has published its findings on a vast network of fake local news sites in over 65 countries serving Indian interests by repeatedly criticizing Pakistan. Pakistani experts and political commentators always maintained that India uses various methods of propaganda to damage its reputation before the international community. Some Pakistani nationalists also claimed that the agenda of India is to defame Pakistan by exaggerating the challenges that the minorities are facing in Pakistan. “What type of challenges are minorities facing in Pakistan? Don’t we all stand by them whenever there is any attack against them?” a journalist told GVS.

There have been reports of banning accounts operating from Pakistan which are critical of India’s oppression in the Indian-occupied Kashmir. Pakistan took up the matter with Twitter and Facebook in order to present its case on how India was curbing the freedom of expression.

At the moment, Pakistan is yet to respond to these startling facts brought up by an NGO. Experts believe that the educated youth of Pakistan has a responsibility to defend the country’s national interests at digital fronts.