Stepping into the Marvel Universe where powerful is a relative word, who holds the throne. Who among the Avengers is the most powerful? Here is a list detailing 10 superheroes and how and why they hold a place among the top 10.

There have been several comparisons, several virtual matches yet everyone pitches their favorite as the most powerful among the Avengers. Who actually takes the top spot and who fails to impress. Here is a list of 10 most powerful heroes we love on screen. 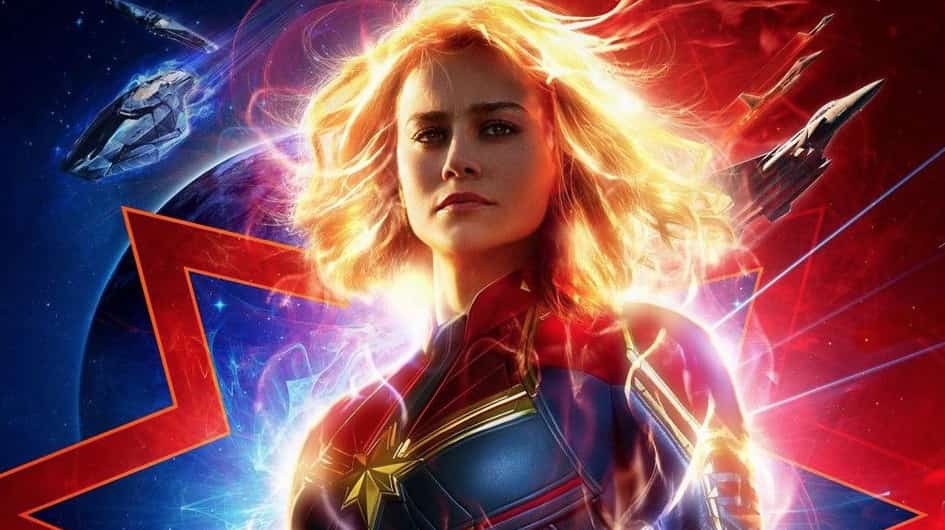 Captain Marvel is, without a doubt, the most powerful avenger we have seen yet. Captain Marvel is half human half Kree (an alien race) who got her powers when she was accidentally exposed to the Psyche-Magnitron, a Kree device that could make imagination into reality.

Carol Danvers was already in excellent shape before she was transformed by the Psyche-Magnitron. Afterward, Carol’s body was pushed to the peak of human fitness and modified with Kree DNA. Her powers include enhanced strength, stamina, agility, and durability, as well as flight, and almost total immunity to toxins and poisons. Carol also has a “seventh sense” which gives her precognitive flashes of the future, but the power randomly manifests and has largely faded away.

She has fought alongside Avengers when Thanos, a mad titan bent on killing half the population of the universe, attacked the world. 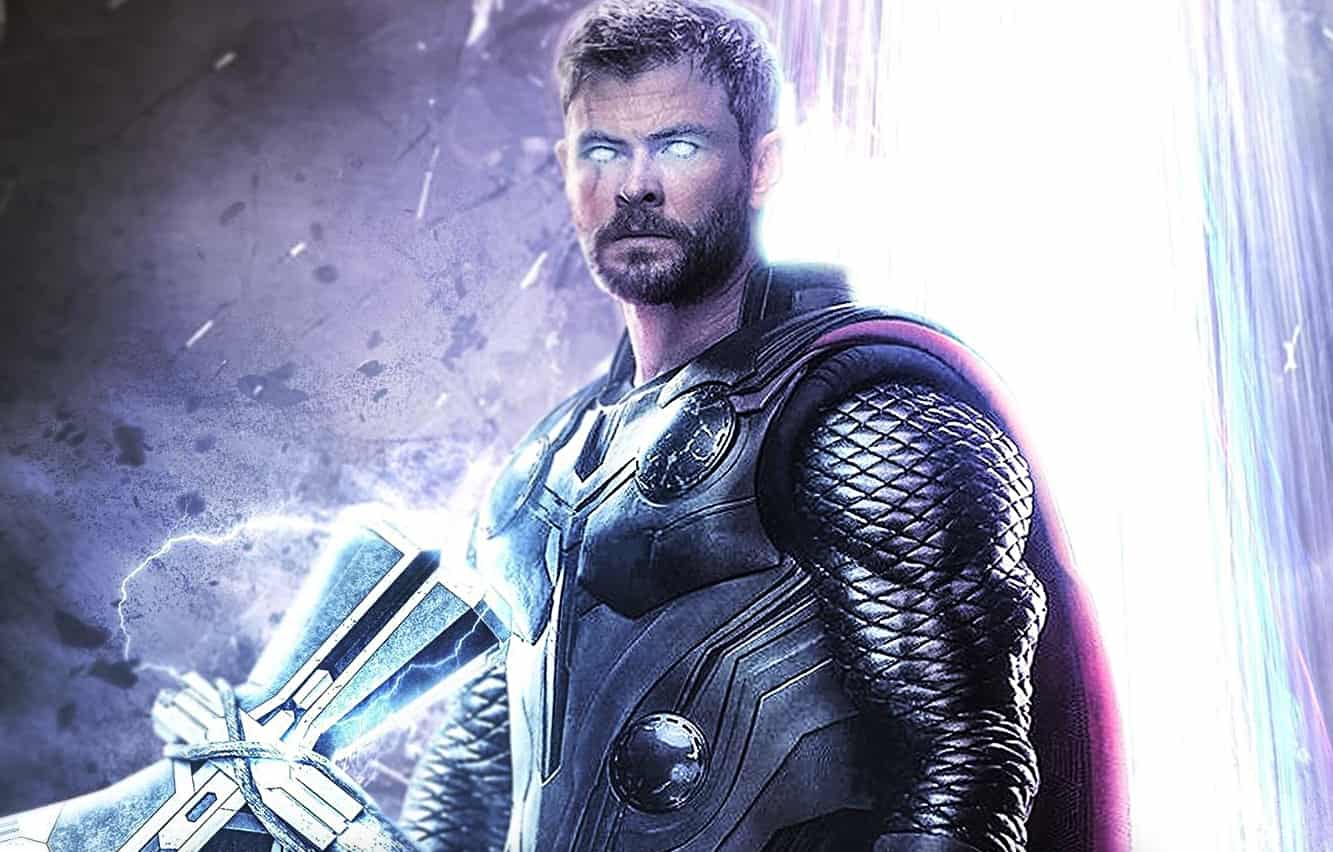 Born to a king of mythological gods, Nordic legend tells the tale of the son of Odin, the heir to the throne of Asgard – THOR, renowned as the mightiest hero of mythology! Thor is far more superior in strength, endurance than all his Asgardian world. The mighty Thor wields an enchanted Uru hammer, Mjolnir, and is the master of thunder and lightning. Thor was a formidable warrior when he wilded Mjolnir but after a fight with his sister Hella, Queen of Hell, the hammer was broken and Thor got a new godly weapon, Storm breaker

Thor has fought along Avengers for a long time and is on and off helping save the world. He is one of the heroes who took Thanos to face and did well. Thor is the one who killed Thanos. Thor possesses immense superhuman strength, stamina, and durability. He is a “Nordic god” in the comics.

Thor stood his ground against “infinitely powerful” Hulk when the game master pitched both of them against each other on the ruin world of Skaar. Thor is definitely among the most powerful avengers and ranks 2nd in our list. 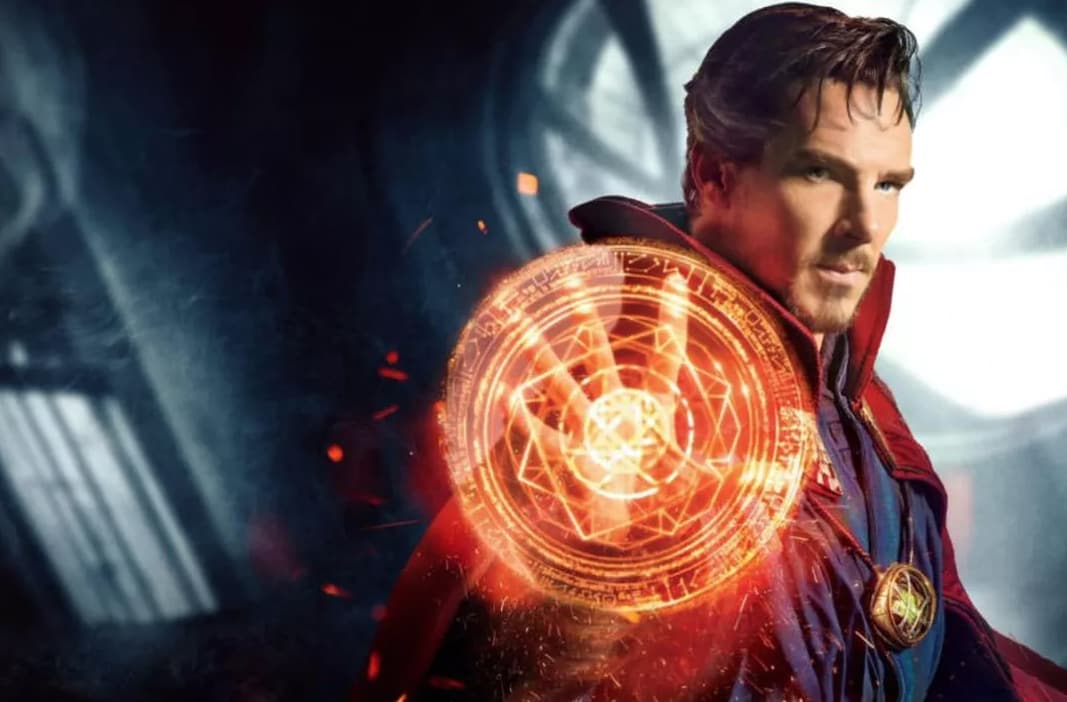 The lord of mystic powers, the keeper of the time stone and the sorcerer supreme, who trolled Dormamu, a cosmic evil multi-dimensional entity, to leave the earth is 3rd on our list. Strange started his mystical journey as an egotistical surgeon who loses his ability to work in an accident. In his quest to find a cure for himself he stumbles into the world of magic where he meets the sorcerer supreme, The Ancient One, who takes him on a journey through dimensions.

Dr. Strange is a master of mystic arts and martial arts which he learned under the ancient one. Over the passage of time, he has collected an assortment of mystical objects that makes him a formidable power. The eye of Agamotto, the cloak of levitation and his wit and magical powers make him stand among the most powerful in the Avengers and the world.

Scarlet Witch aka Wanda Maximoff got her powers after being exposed to the mind stone. She joined the Avengers after helping them take down Ultron, an evil robot created by Tony Stark. The extent of powers Wanda has can be calculated by the fact that she stood her ground against the mad titan Thanos and almost ripped him apart alone.

Wanda has shown to have the powers of telekinesis, telepathy, and energy manipulation, like the creation of force fields and bolts of energy.

Wanda, singlehandedly, manipulated Avengers even as strong as Thor and made them lose their minds when she was working against them. Wanda Maximoff had the power to destroy the mind stone, that alone speaks for her powers and makes her stand on the 4th position in our list. 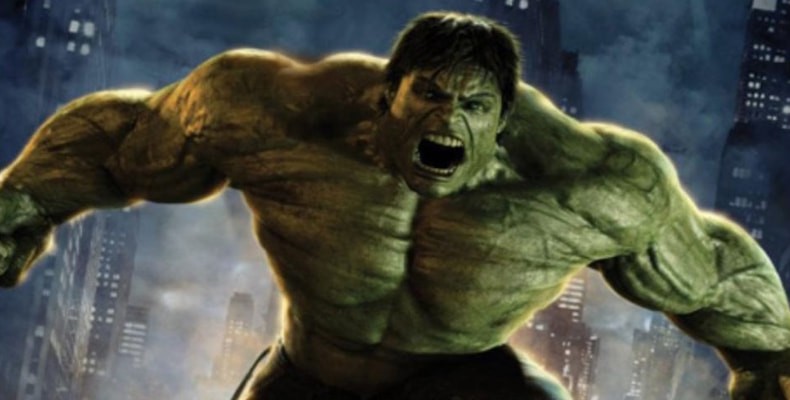 A massive dose of gamma radiation transformed the brilliant but meek scientist Bruce Banner’s DNA, awakening the hidden, adrenaline-fed hero in his genes… HULK! A hero of few words and incredible strength, the Hulk has long been pursued by those who want to use his immense power for their own purposes, or by those who thought the Jade Giant’s anger was too dangerous to be controlled.

After a terrible experiment went awry, Doctor Bruce Banner was exposed to gamma radiation and became the Hulk!

Now, as a member of the Avengers, Hulk helps smash the unimaginable threats that no Hero could face alone, hoping to at least prove to the world that he is the strongest HERO there is!

In the Endgame timeline, Bruce Banner was able to co-exist with his alter ego Hulk and was called “The smart Hulk”, a better more powerful and sane version of Hulk who did not just “Smash”.

Keeping in mind the brute infinite power Hulk holds he merits the 5th position on our list. 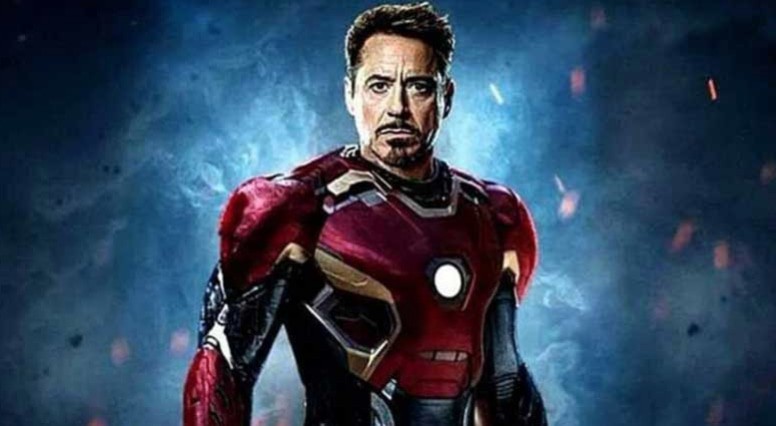 I know, I know, Captain America defeated Iron Man, but there are several other things to count before we make any decisions about who is more powerful. Tony Stark, in his own words, is a billionaire, playboy, philanthropist (to which Black Widow would testify). He invented his first iron suit while in captivity being held by the Taliban in Afghanistan. Since then the suit has only improved and the latest is a treat to watch.

The new nano-tech suit enhanced Tony Stark’s capabilities as a formidable fighter. Tony’s greatest weapon is his “wit“. Such is the might of his genius that even the mad titan Thanos knew him personally having never even met before.

Iron Man was the only superhero who could make Thanos bleed in a fight. Iron Man even defeated Hulk with a hulk buster, if we are talking about it.

So, back to the question, Captain America did defeat Tony in a fight but Tony at the moment was overwhelmed with his anger for Winter Soldier and the betrayal of captain, his best friend. He never wanted to really attack and hurt Captain or he would have just used any among the tons of gadgets his suit has and be done with it. Hope this answers the question.

The sheer wit of Tony Stark earns him the 6th place in the mightiest heroes in the world.

“I can do this all day” even the Captain’s catchphrase speaks of the determination he possesses. Steve Rogers aka Captain America was frail and a weakling when he joined the Army in WW-II and caught the attention of a scientist who chose Steve Rogers for his determination to fight against the bullies even if it is out of his power.

Captain carries a nearly indestructible Vibranium shield in his hands and the American flag on his chest. Captain America is one of the most lethal fighters in the Avengers as he is master of almost all the fighting styles. Captain gained his superhuman powers from a mutated solution but strong will, focus, determination, and loyalty are the traits found inside him from day one.

Captain America is a fine tactician and is the leader of the Avengers. The Noble Captain stands at 7th in our list of most powerful Avengers. 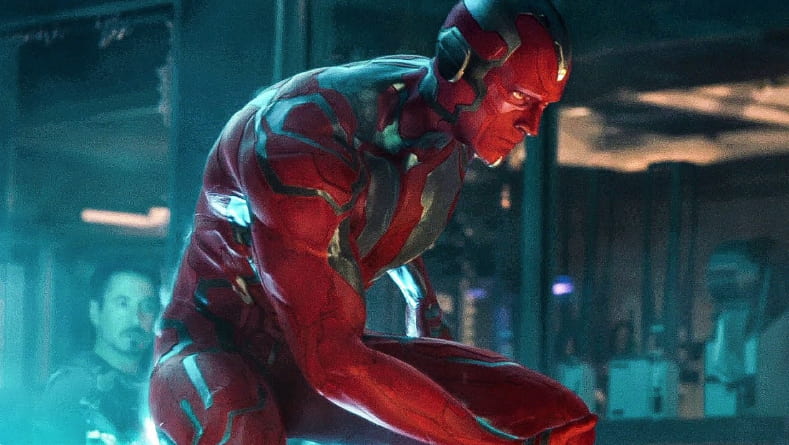 He had an “Infinity Stone” on his forehead. That too the “Mind Stone”. This speaks enough of how powerful Vision was. The vision was an android who possessed a synthetic body made from vibranium created by Ultron with Helen Cho’s help, using the powerful artifact known as the Mind Stone to bring Vision to life.

Vision can generate photon blasts from his forehead, is worthy enough to lift Thor’s hammer. He is polite, calm and thoughtful, just like J.A.R.V.I.S, the AI Tony created Vision out of.

Read more: Scarlet Johansson’s Black Widow movie will be set before The Avengers

Vision possesses superhuman strength, invulnerability, Superhuman speed, picnokinesis, intangibility, levitation and shapeshifting. Overall, you wouldn’t want to be on the bad side of Vision. We would place vision on the 8th spot on our list. 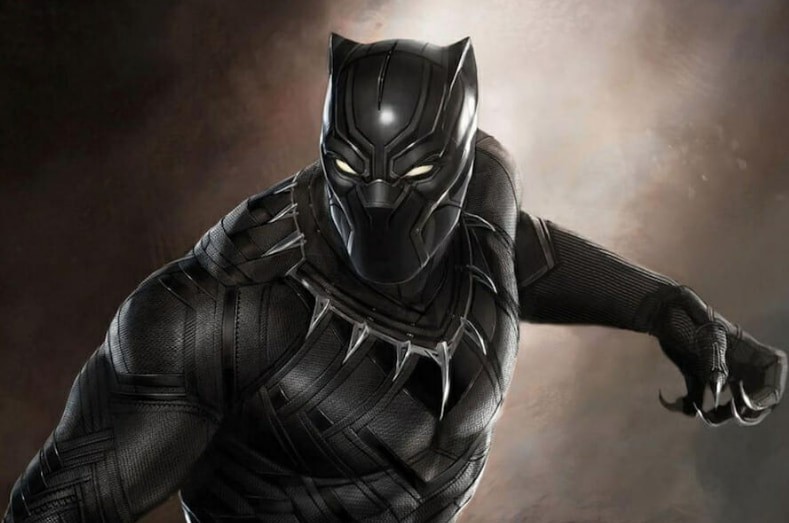 The king of Wakanda, heir to the largest deposit of the Vibranium and the richest man in Marvel universe, King T’Challa aka Black Panther stands at 9th on our list. Black Panther’s Vibranium suit makes him vulnerable to any physical attacks moreover he can conserve kinetic energy to release it in a shape of a blast aimed at the enemy.

Black Panther’s most impressive power set combines of Superhuman strength, speed, stamina, reflexes, endurance, and durability. He also has enhanced healing capabilities and superhuman senses, similar to a wildlife panther. Those heightened senses include the ability to see objects from a far distance and in almost total darkness, exceptional hearing and the ability to detect sounds the average human can’t, and the ability to memorize scents to track down “hidden objects or people,”.

And money helps too. 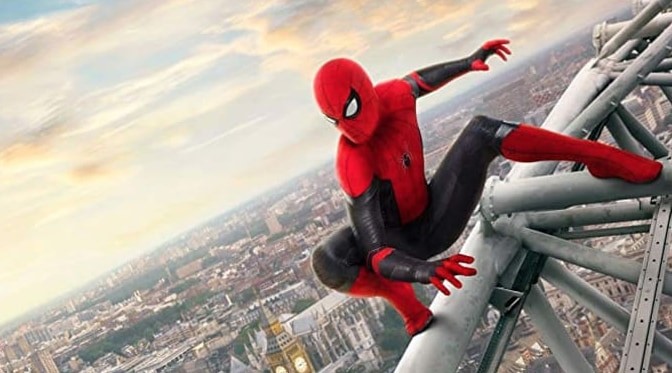 A hero who is responsible and was under Tony Stark’s wing, Oh the irony! The bite from a radioactive spider granted Peter Parker amazing arachnid-like powers. After losing his beloved Uncle Ben to a burglar, grief-stricken Peter vowed to use his incredible abilities to protect his city as the Amazing Spider-Man. Peter’s trials taught him an invaluable lesson: with great power, there must also come great responsibility.

Non-auctioning of the 5G network will incur huge financial loss

Decline in global POL prices: what is the government waiting for?

How to address current economic needs of Pakistan?

Pakistan’s Independence: A Tale of Courage and Sacrifice

Ambassador of Italy in Pakistan Andreas Ferrarese on Friday said that Italy and Pakistan have a potential of €4...
News Analysis

Security was deployed outside the Jati Umrah and Model Town residences of the Sharif family.
Business

Non-auctioning of the 5G network will incur huge financial loss

The Pakistan Telecommunication Authority (PTA) prepared a policy framework aimed at rolling out 5G and advanced technology for it...