Civil & military establishment seems to be on one page. PTI has developed a strong relationship with Pak Army and PM IK seems to consult Gen Bajwa in decision making. Chairman NDMA who is a Lt. Gen of Pak Army is on the front line and shoulder to shoulder with PTI ministries fighting corona. Today in a first, the Corps Commander Conference was held on video link which extensively discussed the Covid-19 situation in the country. COAS asked Corps Commanders to help the govt. Here are the details of the meeting. 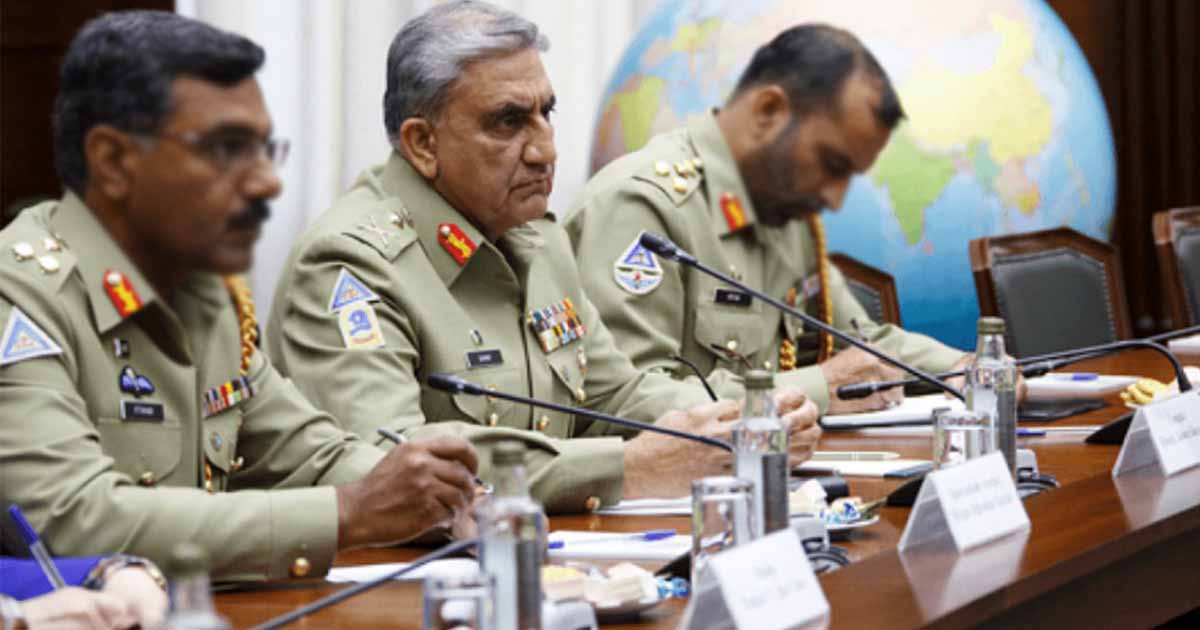 The corps commanders participated in the conference through a video link from their respective corps headquarters. The conference extensively discussed the situation in the country due to the Covid-19 pandemic.

The army chief in a statement before the conference reminded that even the “most advanced nations or governments are finding it extremely difficult to fight this pandemic”. He assured that the government was striving hard to acquire and supply the required resources. “In this hour of distress we must remain patient and steadfast,” he added.

Prime Minister Imran Khan, during his visit to the National Command and Operation Centre (NCOC) for Covid-19 earlier last week on Friday, had also emphasized the need for uninterrupted supply of essential items during the countrywide preventive restrictions on the movement of people and transport because of the pandemic. “There must be no compromise on availability of essential food items and sustainability of supply lines throughout the country,” Mr Khan had said back then.

The other major priority is the provision of medical supplies and protective gear for the doctors and paramedics. The ISPR had earlier in the day tweeted that “emergency supplies of medical equipment including PPEs [are] being dispatched to Quetta on orders of COAS to help medical staff fight Covid-19 effectively in Balochistan”.

Forum under took comprehensive review of deployment of Pak Army troops assisting civil administration in aid of civil power across the country.
Forum was apprised on functioning of NCOC established to synergise & articulate National effort for containment of COVID-19. (2/5)— DG ISPR (@OfficialDGISPR) April 7, 2020

According to media reports, a detailed plan for maintaining the supply chain of critical goods would be deliberated by the National Command and Operation Centre (NCOC) for preparing recommendations for the National Coordination Committee, the main government body overseeing the activities related to managing the Covid-19 crisis.

Last week on April 2, General Bajwa, after attending, a special briefing at the NCOC, maintained that the Pakistan Army, being part of national effort, would not leave any stone unturned for security and safety of the people of Pakistan. “Troops on ground must reach out to citizens in every nook and corner of Pakistan not only to protect them against this pandemic but also for bringing comfort in this hour of distress,” the COAS said.

Pakistan on March 24, authorised the army troops to deploy across the country and in the capital Islamabad in a bid to slow the spread of the novel coronavirus.

The interior ministry announcement, which came as the death toll from coronavirus rose to six, means troops will be able to assist the civilian government with logistics and in providing supplies, if needed.

It also means troops could, if called on, help enforce any eventual curfews as the crisis worsens as observers fear it will in a country with large uneducated population in crowded urban centres where many people are ignoring guidelines on “social distancing”.

Since Pakistan’s birth in 1947, the military has exercised direct rule for about half of the country’s history, most recently under General Pervez Musharraf who seized power in 1999 for a period of nearly a decade.

Pakistan’s constitution allows the civilian government to call for military aid in case of disasters and natural calamities, such as in the aftermath of a 2005 earthquake that killed more than 73,000 people.

The  Chief of Army Staff General Qamar Javed Bajwa has ordered on Tuesday to supply the medical supplies and other necessary equipment on emergency basis for Quetta doctors.

Emergency supplies of medical equipment including PPEs being despatched to Quetta on orders of COAS to help medical staff fight Covid-19 effectively in Balochistan. “Doctors & paramedics are the frontline soldiers in this war…” (1/2)— DG ISPR (@OfficialDGISPR) April 7, 2020

According to the DG ISPR Babar Iftikhar, the personal protective equipment (PPE) and other necessary medical supplies have been sent to doctors in Quetta who are engaged in treatment to the corona virus patients. The DG ISPR further said that the chief of army staff lauded the services of the doctors, and paramedics who are serving the nation at this difficult times of covid-19.

Previously on April 6th, the doctors in Quetta protested for inadequate of medical equipment and other supplies necessary for corona virus treatment. The situation turned worse when the police forces launched operation against the doctors and keep them behind bars in Quetta.

In this wake, the chief of army staff (COAS) ordered the respective commanders for medical equipment and other medical supplies for hospitals in Quetta on emergency basis.

Iltija Mufti arrested: A voice for Kashmir, a detainee for India