Journalists and Pakistani liberals who stood by Nawaz in his so-called struggle for “vote to izzat do” are hurt and silent. Why did it happen? PPP & PML-N's unconditional support for the amendment in the Army Act raised many eyebrows and questions. 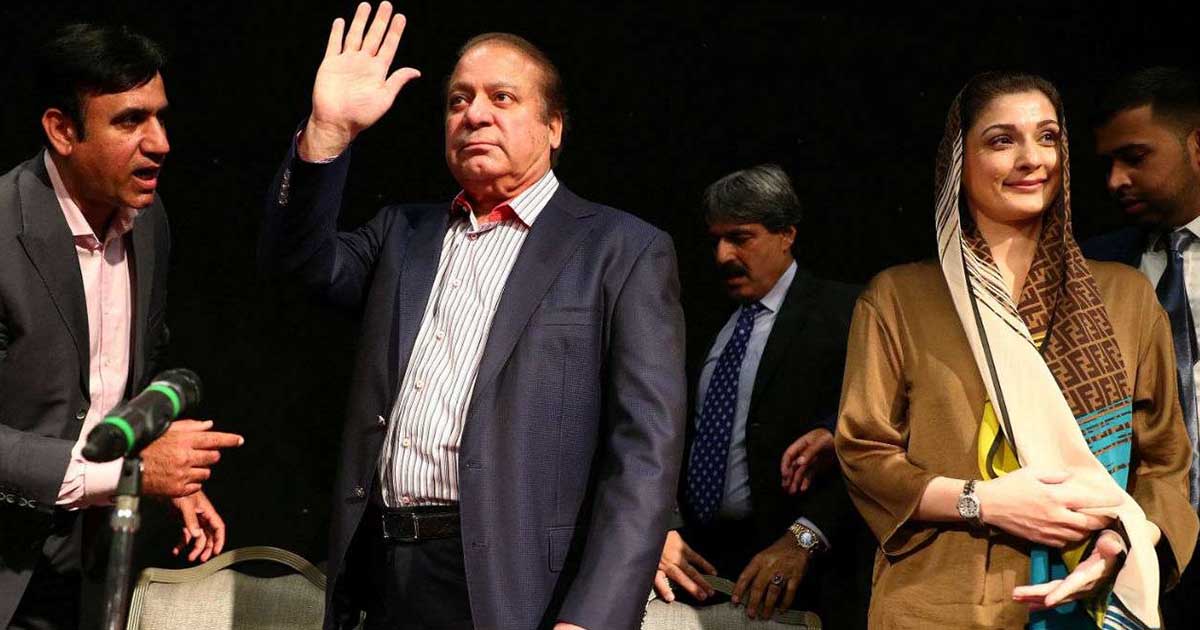 The Pakistan Tehreek-i-Insaf (PTI) government will on Friday present the Pakistan Army (Amendment) Act, 2020, in the National Assembly (NA) as the major opposition parties, the Pakistan Muslim League-Nawaz (PML-N) and Pakistan People’s Party (PPP) offered their ‘unconditional‘ support. PML-N’s unconditional support to amend the Army Act has been received with great surprise by many of its supporters and journalists who once thought of Nawaz Sharif and his daughter, Maryam Nawaz, as a pro-democracy voice who stood up against the establishment.

PML-N’s anti-army narrative got completely changed when it decided to offer its unconditional support.

Many analysts criticized the opposition for being unable to give a tough time to the “powerful”.

This is the "opposition" we are left with. They are unable to play any historical role except as temporary irritants for the power structure.

We deserve an opposition that can confront the faultlines in society rather than hide from them. PML-N will never be that opposition. https://t.co/iGTirMiKKi

In November last year, the Supreme Court (SC), in a historic judgment, directed the government to “remove ambiguity” in rules on the issue of extension in an army chief’s tenure. The bill to be presented in the Lower House today will seek to amend the laws governing Pakistan Army, Pakistan Air Force, and Pakistan Navy.

PTI leaders separately met central leaders of the PML-N, PPP and other opposition parties in a bid to achieve the number required to amend the law through the NA and ratify it from the Senate.

A delegation of PTI lawmakers comprising Defence Minister Pervez Khattak, Leader of the House for the Senate Shibli Faraz and Senator Azam Swati called on PML-N leaders on Thursday morning, where the latter assured their support for the proposed amendments.

The PML-N delegation comprised Khawaja Asif, Sardar Ayaz Sadiq and Rana Tanvir, among others.  PML-N Senator Mushahidullah Khan, while talking to media, said that the party’s supremo Nawaz Sharif has given the nod to support the amendments through consensus.

Interestingly, the past few years, the PML-N has been at loggerheads with the country’s security establishment. The former prime minister even accused a senior military official of rigging last year’s elections in an attempt to facilitate Prime Minister Imran Khan’s party.

So, PML-N’s entire opposition for the last 18 months was to call PTI selected.

No TV headlines screaming U turn of the century?

To all the desi liberals who fell for it, aap sab ko dil sai laal Salam 👻 pic.twitter.com/C2BfKeHJuN

The PML-N used to believe that the establishment was behind its downfall and Nawaz’s disqualification and conviction in corruption cases.

According to sources, Bilawal urged the government delegation to follow the parliamentary rules and regulations regarding amendments in the Army Act.

Nayyar Bukhari later told a TV channel that according to the legal procedure, the government has to first circulate the draft bill through the NA Secretariat among the opposition parties before presenting it in the NA. “We have told the government delegation to first follow the procedure and then we will take a formal look at the bill. We will discuss the contents of the bill with the government clause-wise and offer our support accordingly,” he said.

“National Interests are a priority”

Meanwhile, Special Assistant to the Prime Minister on Information Firdous Ashiq Awan, while addressing a press conference, said matters of national interest should not be politicized.

She said that she was hopeful that the parliament would play its legal and constitutional role to “once and for all” settle an issue currently being discussed in the parliament. While the premier’s aide did not specify the issue being discussed, she appeared to be referring to legislation on the extension of COAS Bajwa’s tenure. “We all have a responsibility to Pakistan’s institutions, which are the guarantors of national well being,” she said.

The news story, highlighting alleged confrontation between the civilian government and the military at a meeting in October 2016, published by Dawn newspaper last year erupted with a storm in national politics and shortly it transformed into a news leak scandal before becoming a mainstream media fodder.

It all started when the Dawn journalist Cyril Almeida “broke confidential minutes” of a meeting among the government and military officials on ‘national action plan’ in which the civilians reportedly apprised the military of mounting international pressure of more action against armed groups.

The civilian government’s representatives at the meeting gave warning that Pakistan could face international isolation if the security establishment did not take the recommended course of action and what followed suit was the hornet’s nest in the military ranks.

Almeida’s exclusive story came against a backdrop of mounting border tensions between India and Pakistan following a claim by the Indian government of a cross-border “surgical strike” by them on September 18.

Nawaz Sharif: From a revolutionary leader to an NRO seeker

It is worth recalling that the ousted Prime Minister and former head of the Pakistan Muslim League-Nawaz (PML-N) made some ‘irresponsible’ and ‘controversial’ remarks on Mumbai attacks. In an exclusive interview with a daily Dawn’s Cyril Almeida, Sharif blamed Pakistan for ‘allowing’ terrorists to kill 150 people in Mumbai. “Militant organizations are active. Call them non-state actors, should we allow them to cross the border and kill 150 people in Mumbai? Nawaz’s anti-establishment stance was clear and loud.

PTI’s chief Imran Khan who was an opposition leader at that time said in a tweet,” Nawaz Sharif is the modern-day Mir Jafar, who collaborated with the British to enslave his nation for personal gains. Nawaz speaking Modi’s language against Pak State simply to protect his ill-gotten Rs 300b stashed in his sons’ companies abroad.”

He further said that “today NS stands exposed before the nation. To try & protect his wrongdoings he is not only willing to destroy all Pak State institutions, including the army, NAB, SC, but also the future of our country”.

Sources told GVS that Nawaz and Maryam are part of a deal. The deal, said sources, was primarily about allowing Nawaz to go to London and let Maryam live at her residence. Now it is yet to be seen whether Maryam shall leave for the UK or now. Her case is pending before the Lahore High Court.

Khawaja Asif: Nawaz Sharif is being punished for wanting friendship with India

Maryam Nawaz unhappy with the success of Aseefa Bhutto at PDM rally: reports

Respite for Maryam as ‘Calibri font’ issue removed from charge-sheet