This is the first time in history that the special CSS exam will be conducted. According to sources, Federal Public Service Commission chairman and the government officials have agreed upon the some rules & procedures. But there is one hurdle! 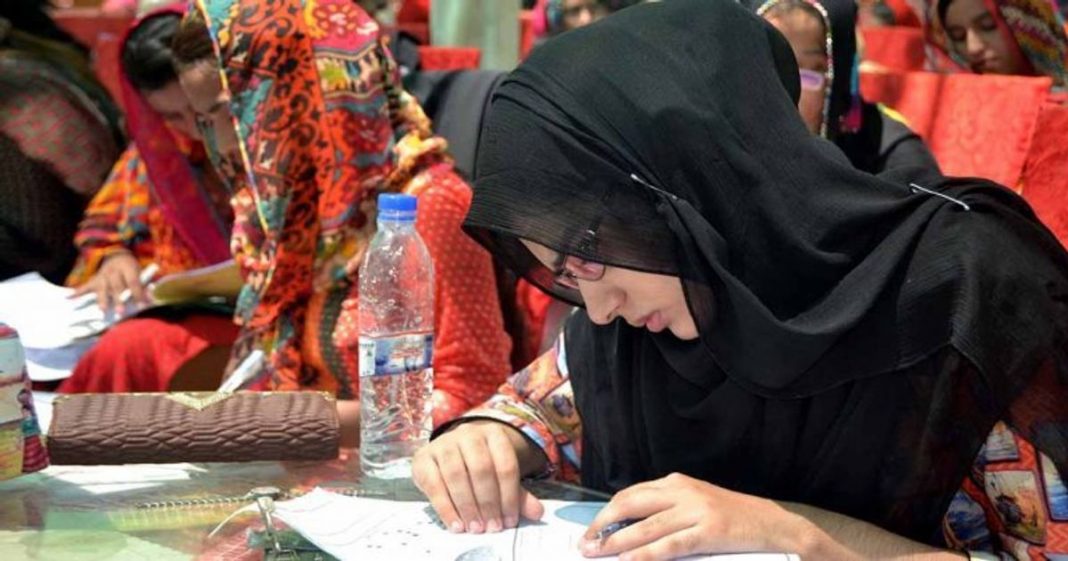 The Special Assistant to Prime Minister on Establishment Division, Shehzad Arbab while talking to a talk show on national television had confirmed that the competitive exam will be taken in December in order to fill the vacant seats for CSS exam. It has little to do with writing a college paper or carrying out a research.

The Central Superior Service (CSS) exam is conducted every year in February. However, as of 2020 written result, there are 189 quota wise vacant seats for the candidates of all provinces.

The establishment division has announced that the Prime Minister of Pakistan, Imran Khan has approved that the special CSS exam will be conducted in December 2020 to fill these seats.

It is important to note that there are vacant seats from three provinces including Sindh rural which has 41 vacant seats, Sindh Urban 19, Baluchistan has 49 vacant seats, 2 seats for Federal Capital including Islamabad, while KPK has only 22 remaining seats, and Punjab minority has 39 seats for the country’s topmost exam CSS to select the bureaucrats. Importantly, it is worth mentioning that the regular exam of CSS will be taken as per its schedule in February 2021.

Read more: All you need to crack CSS is these 8 tips from the experience of a failure

This is the first time in history that the special CSS exam will be conducted as per the same rules, and procedures as it is conducted in February each year.

According to sources, Federal Public Service Commission chairman and the government officials have agreed upon the same. The advertisement for the exam will be published in next month when the coronavirus situation becomes normal, SAPM Shehzad Arbab said.

Why will the special CSS exam be conducted?

The CSS exam is conducted each year in February to select bureaucrats who implement the laws of the state. It is noteworthy that due to uneven education system across provinces, the candidates of Sindh, Baluchistan, and KPK can not qualify the exam due to academic lack. Therefore, each year seats remain vacant for Baluchistan, Sindh, KPK, including the seats reserved for women across all provinces of Pakistan. Therefore, these seats are carried forward for next year and the dilemma remains the same.

The incumbent government of PTI has decided to take CSS exam for vacant positions for Sindh which has 41 vacant seats for Urban domiciles candidates, while, Baluchistan has 49 vacant seats. KPK has 16 vacant seats for CSS Exam 2020. The women quota has 38 vacant seats across Pakistan in all provinces including Federal Capital Islamabad and Azad Jammu & Kashmir. Moreover, women have their quota who can compete for these 38 vacant seats as well.

Over the years, two cities of Pakistan, Lahore and Islamabad, have seen the burgeoning of coaching academies claiming to guide and prepare prospective candidates for the CSS examination. In Lahore, excluding seasonal academies, there are more than one dozen established coaching academies whereas, in Islamabad, there are at least eight such coaching centers. A majority of the CSS candidates appear from Punjab, and every year, prospective candidates from all over the country reach Lahore to seek admission in these academies.

The owners are incapable of delivering a lecture on any subject except for talking boastfully of the earlier success of the academy. Low paid teachers are hired to save expenses. Even former CSS candidates are invited to teach subjects from their notes (which they had jotted down when they were learning the subject as students). Low-quality teaching delivers low-quality knowledge. Some academies have on their payroll serving civil servants mostly of the Pakistan Administrative Service, the Police Service, and the Office Management Group.

These officers can be found cringing before the owners to keep providing them with teaching jobs for eking out their financial resources. They are even ready to serve the owners by looking after their personal issues with the city administration. Secondly, coaching academies promote knowledge of compromised quality.

These academies endorse low-cost books churned out by Urdu Bazar publishers, instead of promoting the FPSC’s recommended books. The scenario is grave because each academy offers a composite course of about five months for Rupees 60, 000 to 80, 000 per head. Parents are hoodwinked and children are deceived into believing that low-quality books are easy to understand and the knowledge therein is easy to reproduce in the examination to earn high marks.

CSS, the most coveted test in Pakistan to get into the elite jobs has been sabotaged with coaching academies which give a false sense of achievement to the aspirants. These are just money-making machines more than knowledge disseminating institutions.

Are partisan bureaucrats giving tough time to government in Punjab?