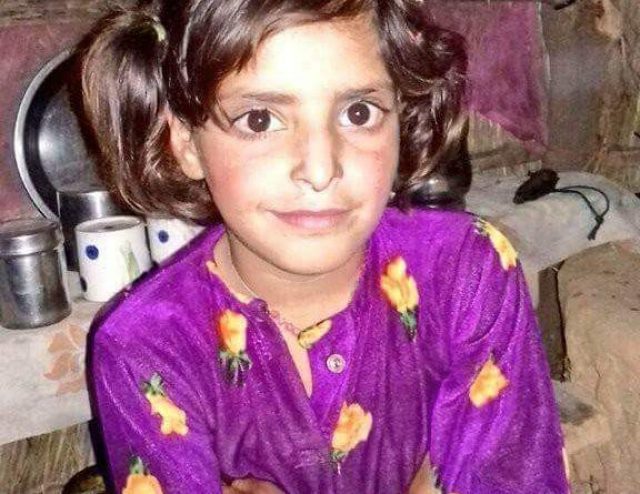 A group of Hindu nationalist has rallied behind a group of rapists who subjected an 8-year-old Muslim girl to sexual violence, before killing her in the Indian occupied Kashmir.

The heinous crime took place in January 2018, when Asifa Bano who was grazing her horses in meadows, was abducted and raped in a Hindu Temple, Kathua. A radical Hindu group having links with the ruling party demanded the release of six men accused of raping and killing of the girl.

Read more: Upcoming film Azaadi puts the struggle for Kashmir on the big…

Hindu lawyers, who should be demanding justice for the innocent girl on the basis of humanity, are instead demanding the release of the rapists and are claiming them to be ‘innocent’. More tragic was their bid to block the presentation of a ‘charge sheet’ in the Kashmir Court of Chief Judicial Magistrate, following which an FIR was launched against them.

The fact that the District Bar Association has released a statement in support of the protests, saying the government had failed in “understanding the sentiments of the people”, is even more worrisome for the survival of humanity.

Meanwhile, the police have arrested eight men, including a 60-year-old retired government official, four police officers and a juvenile in connection with Asifa’s death. According to the police, three men raped Bano repeatedly after giving her sedatives. During the investigations, the accused revealed their motive behind the crime; was to drive Asifa’s nomadic Gujjar community out of the area.

Police have alleged Sanji Ram, the temple custodian as the mastermind, who they claim agreed to pay local officers £5,400 (50,000 Indian Rupee) to create false evidence, that would steer the investigation away from him and his accomplices.

What bolsters the police investigation is that Ram had been a vocal opponent of the settlement of the Bakarwals in the area and apparently saw Bano as a soft target to petrify the community.

The forensic reports of Asifa Bano confirm that she had been drugged with anti-anxiety medication, repeatedly raped, burned, beaten up with a rock and strangled to death.

The Hindu-dominated Jammu region has been witnessing a surge in protests, in the support of the rapists, while the Muslims in Kashmir have been throwing weight behind the atrocity committed against Asifa and her family.

In February, state ministers and senior Bharatiya Janata Party (BJP) officials assisted in forming a protest group that marched through Kathua with Indian flags, demanding the release of one of the accused officers.

They stressed that the case should be transferred to the Central Bureau of Investigation as it is administered by the national government and would not be under the influence of Muslims, who are an indirect party in the case.

The communal aspect of the case has complicated the matter, as the accusers are Hindus, while the victim and most of the investigators are Muslims. The father of the victim, Mohammad Yusuf Pujwala also confirmed that his daughters – adopted from brother-in-law – was killed in a car accident in the Bakarwal community, he hastened to add that he was defiant.

“We have a land here and a life here, this is home for us.” said Pujwala, whose two daughters had been killed in an accident, a few years back.

Indian Muslims comprise 13% of the entire population, even then the religious fault lines become more visible after violence.

The violence-ravaged Kashmir has over one million nomadic herders, including the Bakarwals, who traditionally migrated every summer to highland pastures and forests, and returned to the plains of Jammu in winter to graze their animals. But over the last two decades, some have settled in their permanent homes, irking the natives, who see the settlement as a geographical invasion.

The fatal gang-rape of a young woman in 2012 in New Delhi, had sparked widespread protests with the human rights groups and celebrities calling upon the authorities to devise more strict rules for the criminals, the reaction in power corridors has not been the same after the rape-related murder of Bano. This can be due to the Muslim identity of the girl, which has kept  Modi silent over the brutality.