HIV Claims One More Life: Is PPP Serious To Improve Governance In Sindh?

HIV has claimed one more life in Sindh. The question is; has the Sindh government been awakened to deal with the failing state of health facilities in the province? 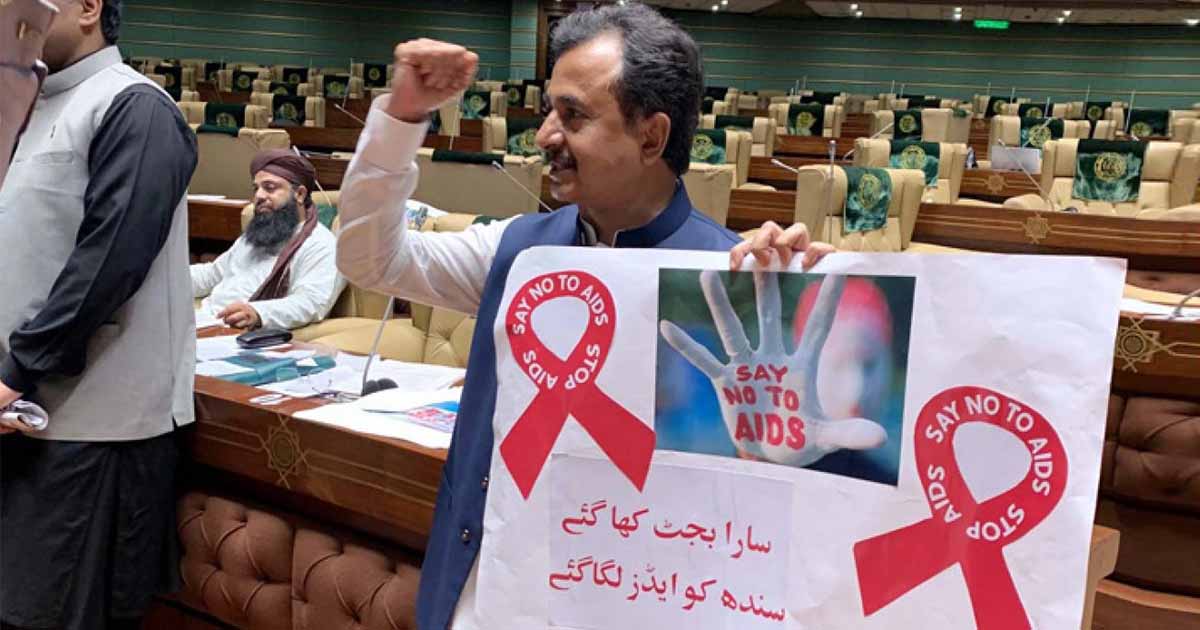 In another case, HIV claimed one more life of a child here on Friday. The victim was identified as Abdul Hafeez, son of Dhani Bux Jalbani, aged 5. He was a resident of a nearby village Mir Muhammad Jalbani. Experts believe that people in rural Sindh are not provided with basic health facilities which cause heavy loss.

Recently, in a by-election (PS-11) the PPP lost a seat to a candidate backed by the PTI. Mazhar Abbas, a senior analyst, identified the causes of PPP’s defeat and pointed out that the miserable state of governance has raised some serious legitimacy crisis for the party.

Meanwhile, according to the official statistics shared on Friday by the Provincial Program Manager, Sindh AIDS Control Program (SACP), Dr Sikandar Memon, two more new cases were detected on Friday at the Screening Camp established at Taluka Headquarter Hospital (THQ), Ratodero, since 25th April, 2019, out of 20 people among the general population who arrived for testing.

Media reports suggest that over 520 people, many of them children, have tested HIV positive in recent weeks in Larkana, Ratodero, as experts warn of a surge in infection rates across the country due to the use of unsanitary equipment and rampant malpractice — often at the hands of quack doctors.

“The only good thing about the outbreak has been that it laid bare the multiple flaws in the system,” said a doctor who was one of the first responders to help with the H.I.V. outbreak which has affected nearly 900 children in Pakistan https://t.co/Jqm7WDNEHR

Sunny Leone soon to start her own fitness show

Is it true that “Money Can’t Buy You Happiness”

We now have contact lenses that detect blood sugar levels!