As China continues with its plan to roll out the new Security Law, Hong Kongers are in a rush to avail the citizenship offered by Britain and leave the troubled territory. Young Hong Kongers are the most eager to leave; however, they face some roadblocks. 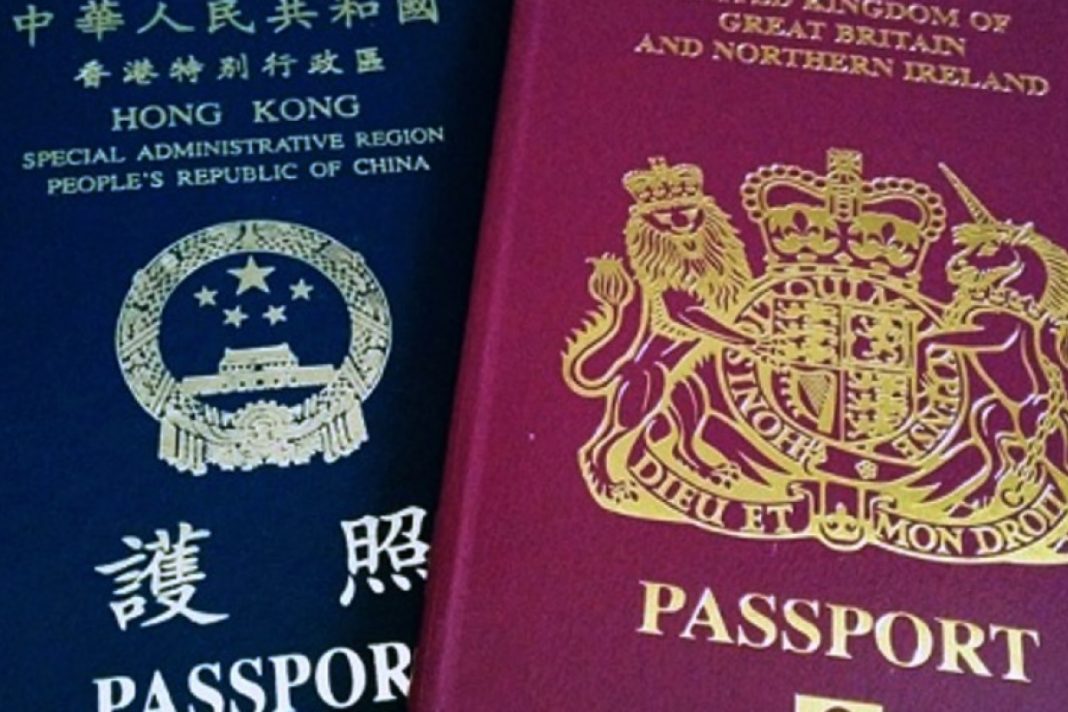 Shortly before Hong Kong was handed back to China, Simon Ng applied for a British National (Overseas) passport, a document he never thought he’d need. Now he is considering whether to use it to emigrate. His predicament is not new for the people in that region, as thousands of Hong Kongers rush for British passports with China tightening its grip on the territory in the background.

China’s plan to impose a sweeping national security law on the city in response to huge pro-democracy protests has Ng mulling the prospect of leaving, the first time he has contemplated such action since Britain returned the former colony in 1997.

“Back then, like many of my peers, I thought China would reform and there was hope,” the 52-year-old assistant professor told AFP.

“But now, this is really a dark moment, and the future is quite likely to be even worse.”

BN(O) status was the product of an earlier round of similar fears.

The run up to the 1997 handover was a febrile time.

While Ng was optimistic, many other Hong Kongers worried about what rule by authoritarian communist China might mean for the city’s freedoms and thriving capitalist system.

As a result Britain offered anyone born before handover the option of applying for a BN(O) passport.

The document was of limited value. It gave Hong Kongers access to British consular services overseas and permission to travel to the UK for up to six months at a time, but not to live or work there.

But it was recognition that Britain had some sort of responsibility to the people who were once its subjects.

Now the usefulness of the document could all change after China last month unveiled plans to enact a law banning acts of subversion, secession, terrorism and foreign interference.

Beijing says the law — which will bypass Hong Kong’s legislature — is needed to tackle “terrorism”, “separatism” and restore confidence in a city rocked by a year of unrest.

But critics fear it will bring mainland-style political oppression to a business hub supposedly guaranteed freedoms and autonomy for 50 years after its handover.

Britain views the law as a breach of that handover deal and in response has said it will look into extending the immigration rights of those with BN(O) status, including a possible “path to citizenship”.

There are currently some 350,000 BN(O) passport holders — a figure that nearly doubled in the last twelve months during as the crackdown on pro-democracy protesters raged.

But some 2.9 million people — anyone born before 1997 — are eligible for BN(O) status and Britain has said any citizenship plan will also include them.

The announcement has sparked fury in Beijing which has in turn accused London of breaching its handover commitments.

In recent weeks Hong Kongers have flocked to sign up, forming queues outside post offices and courier companies to send documents.

But Ng says he faces a dilemma — neither his wife, nor their two children have BN(O) status and Britain has yet to say whether family will be included.

“I am propelled to leave but I am also helpless, like being pushed into the sea with no boat to board,” Ng said.

A recent survey of more than 800 Hong Kongers by the Chinese University found those aged between 18 and 24 reported the strongest desire to emigrate, with over 50 per cent considering it.

Yet most of those under 23-year-old, who formed the bedrock of last year’s protests, are not currently eligible for BN(O) status.

Recent graduate Asuka Law, 23, was three months old at handover so is eligible for (BN(O) status. She is planning to leave as soon as October, using a scheme Britain offers people under 30 from certain countries to live and work there for two years.

She fears the right to dissent will soon disappear from Hong Kong.

“I don’t think I have that much time left,” Law said. “It’s hard to do anything more in this city as every single objection will be met with an iron fist.”

She said she wants to start a business overseas to help fellow Hong Kongers.

“Someone will have to do the job of providing a safety shelter,” she said.

He vowed to continue his “fight for Hong Kong” overseas by joining campaigns for international support.

“I am not escaping. Hong Kong will always be my home,” Tan said.

Huawei files lawsuit against US government