Pakistan and India have many outstanding issues that make peace a distant issue. Has the current COVID-19 pandemic offered an opportunity to the estranged neighbours to work together? 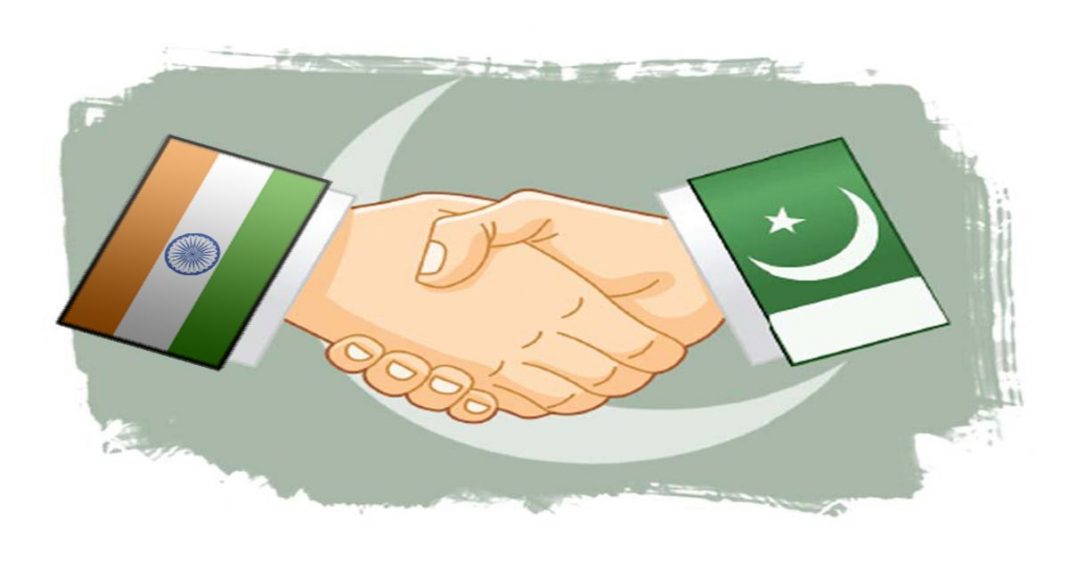 It is said that crisis brings out the best in the human race, then the COVID-19 pandemic presents an excellent opportunity for both India and Pakistan to jointly combat the deadly pandemic, India’s ties with Pakistan nosedived following India’s decision to abrogate Articles 370 and 35A and bifurcate the erstwhile state of Jammu and Kashmir into two union territories, since then a lot has happened, the Covid-19 pandemic has not only wreaked havoc across the globe but has recently started making the populace of South Asia its latest victim.

In the otherwise routine bellicosity of ties, India and Pakistan have found a unique point of convergence to not only review the hostilities but also make a solid case for pan-South Asian unity. India and Pakistan become a beacon of hope for humanity that in the most trying time animosities can be set aside for the time being and collaborate to carve out a better future for human civilization.

While this seems a very lucrative and almost once in a lifetime opportunity, there are a number of caveats, especially the recalcitrant behavior of Pakistan, when India under the leadership of PM Narendra Modi convened the first-ever virtual conference to forge a common south Asian front against the pandemic.

It gave rise to hopes from numerous quarters there will be at last the revival of moribund SAARC which had been in the ICU since 2016, Pakistan decided to pour cold water over it not only sending a low-level official but resorted to its usual rhetoric on Kashmir.

The most stumbling impediment to deepen Indo-Pak cooperation is Pakistan’s continuous use of terrorism and jihadi groups as a part of the state-sponsored policy.

Thread I The Tribune #FrontPage Stories

Tilak Devasher in his seminal book ‘Pakistan -Courting the Abyss” argued that Pakistan’s primary aim is to ‘bleed India by a thousand cuts’ through this policy with an aim to bring India to the negotiating table vis-à-vis Kashmir.

Further, the anti-India terror groups continue to act with impunity against India, they continue to be trained, financed and supplied with arms.

A further point of contention between India and Pakistan is Pakistan’s decision to hold elections in the disputed region of Gilgit Baltistan in early March. India expressed strong dissatisfaction at this and asked Pakistan to maintain the sanctity of the disputed region and not take any provocative measures which could become the reasons for further deterioration in bilateral ties.

The floating of a new terror group Resistance Front (RF) has contributed to tensions but the Indian army in sustained anti-terror operations has eliminated over 23 militants in the last four-five days. Until these issues remain the case for a sustained Indo-Pak cooperation will remain a mere dream.

How Pakistan – India ties can improve

However all is not lost, Pakistan can still mend its ways. The first way will be to dismantle the homegrown terror networks that have been responsible for exacting an enormous toll on the lives and economy of Pakistan.

In 2016 then finance minister of Pakistan in a written reply to the senate that the financial loss, directly and indirectly, has been Rs 5,196.35 billion ($56.88 billion). It is clearly that Pakistan has certainly borne the brunt of such a policy. The Pakistani deep state-ISI must, if required, collaborate with India on intelligence exchange, and counter-terrorism exercises to strengthen the framework.

The next way for Pakistan is to renounce its policy of using ‘borrowed power’ in an attempt to reach parity with India, it must collaborate economically with India to ensure its uninterrupted development. The best way for Pakistan would be to take a break from their defence spending and devote fiscal resources to ameliorate the conditions of the masses, for far too long Pakistan has focused on defence spending in an attempt to surpass India militarily.

Strengthening the SAARC would be very helpful as it has remained in a largely dormant state, this can happen only when Pakistan has acknowledged the changed status of Kashmir. It must give due recognition to the fact J&K is, will and continue to remain an integral part of India.

India-Pakistan ties are clearly standing at crossroads. The joint collaboration will not only lead to a more fruitful development in bilateral ties but will also lead to more confidence-building measures which could herald a new era of stability in the otherwise reactive ties of both the nuclear-armed powers which is necessary for the broader South Asian cooperation.

The author, Pranay Kumar Shome, is currently pursuing her Honors degree in Political Science with a specialization in International Relations from Jadavpur University, Kolkata, India. Her research interests include India’s west Asia foreign policy, Indo-Pacific affairs and great powers contestation. The opinion in this article is the author’s own and does not necessarily reflect the editorial policy of Global Village Space

Geo-political implications of the China-India standoff at Ladakh