HSBC, the London-headquartered banking giant, has come under fire from British politicians for going against the convention and siding with China over its new Hong Kong law. This comes on the heels of earlier criticism by US Secretary of State Pompeo. HSBC shows no signs of relenting. 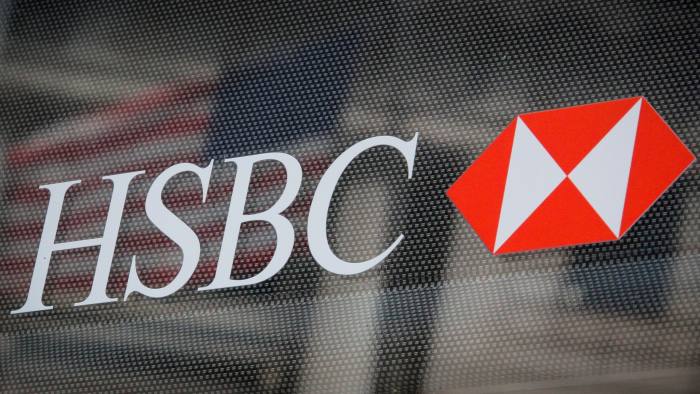 Asia-focused banking giant HSBC’s vocal support for China’s controversial Hong Kong security law has not been well received in Britain, the former ruler of the city. It had earlier voiced it’s support for the new China-backed security law in Hong Kong, throwing its weight behind China’s efforts, saying in a statement that it would bring much needed stability to the troubled city.

This is the fallout from the recent divergence between the West and China, as both parties maintain that they are in the right. The West is alarmed by the sudden change of the status quo in Hong Kong, whereas China views it as a domestic issue and is irked by the wide coverage that it has attracted in the international mainstream media.

The London-headquartered lender last week backed Beijing’s contentious legal proposal for Hong Kong, which critics fear will be used to stamp out dissent in the city.

HSBC’s announcement angered business and political circles in Britain, which returned the former colony to Chinese rule in 1997.

The bank’s decision flew in the face of convention because most multinationals attempt to steer clear of political intervention.

However, HSBC’s top Asia executive, Peter Wong, has signed a petition in support of the law.

In addition, London-listed bank Standard Chartered — which also focuses primarily on Asia — sided with Beijing over the law.

Multinationals want to ‘cosy up’ to China: Analyst

“The UK-listed banks have taken China’s side as it is clear they want to cosy up to the second largest economy in the world,” said CMC Markets analyst David Madden.

Asia remains critical for HSBC because the bank generates the majority of its profits in the region.

The lender’s chief executive Noel Quinn announced plans this year to axe 35,000 jobs as HSBC strengthens its focus on Asia and trims fat from less profitable activities in Europe and the United States.

HSBC — or the Hong Kong & Shanghai Banking Corporation — is closely linked to the history of the former British colony.

The bank was founded in Hong Kong and Shanghai in 1865 — but has been based in Britain since 1993.

“HSBC is synonymous with Hong Kong – the website and bank cards feature the skyline, the HSBC building in Hong Kong is an iconic one, and the firm employs around 30,000 people in Hong Kong,” said Emma Wall, head of investment analysis at broker Hargreaves Lansdown.

“To those outside of the region it may therefore come as a surprise that HSBC, and other firms such as Standard Chartered, have put up no resistance to the recent divisive bill.

“But ultimately, any corporate decision will be made with future revenues in mind — and for HSBC half of their revenues come from Asia,” she added.

HSBC offered support for the law after public pressure from a pro-Beijing figure in Hong Kong who pointed to the bank’s reliance on business in China.

“HSBC reiterates that we respect and support laws that will stabilise Hong Kong’s social order and revitalise the economy,” HSBC said in a post on Chinese social media WeChat.

The statement accompanied a picture of the bank’s top Asia executive, Peter Wong, signing a petition in support of the law.

In an interview with China’s state media agency Xinhua, Wong said he hoped the law would bring “long-term stability and prosperity” to Hong Kong.

His comments came after the city’s pro-Beijing former leader Leung Chun-ying publicly criticised the British bank for not publicly supporting the law while profiting from its Chinese business interests.

Other British companies that have backed the law, bucking London’s official position, include bank Standard Chartered, which also has a huge presence in the lucrative mainland Chinese market. Such support has been against the official position of the British government on the matter.

Pompeo on Tuesday called HSBC a “cautionary tale” and warned of businesses’ overreliance on China after the Asia-focused British banking giant last week published a picture of its top Asia executive, Peter Wong, signing a petition backing the measure.

“Beijing’s aggressive behaviour shows why countries should avoid economic overreliance on China and should guard their critical infrastructure from CCP influence,” he said, referring to the Chinese Communist Party.

Mr Pompeo also said the US stood with its allies against China’s “coercive bully tactics”.

The Trump administration has repeatedly attacked Beijing for what it says is an attempt to end Hong Kong’s autonomy.

HSBC, which is UK-based but was formed in Hong Kong in 1865, declined to comment on Mr Pompeo’s remarks.

Mr Pompeo said the Chinese Communist Party’s (CCP) “browbeating” of HSBC “should serve as a cautionary tale” which formed the basis of Pompeo’s criticism of HSBC.

China’s rubber-stamp parliament last month endorsed plans to enact a law that will punish subversion and other perceived offences in Hong Kong, a move some activists say will kill the former British colony’s promised freedoms.

Pompeo responded by declaring that Hong Kong will no longer be considered autonomous from mainland China in the eyes of US law.

But the bank’s decision has been met with anger from prominent politicians in Britain.

Lisa Nandy and Anneliese Dodds, leading lawmakers in the main opposition Labour party, have meanwhile written to both banks to express concern.

US Secretary of State Mike Pompeo criticised the bank for backing the law, calling it a “cautionary tale” and warning of businesses’ overreliance on Beijing.

Coronavirus allows UAE to extend hand of friendship to Israel

PIA: A Tale of Glory and Neglect