Huawei unfazed despite US pressure

Despite the tightening of restrictions imposed on Huawei by the US Commerce Department, the technology giant seems unfazed despite the seemingly mortal blow inflicted. It's officials maintain that its business as usual, with experts foreseeing the giant coming up with workarounds of its own. 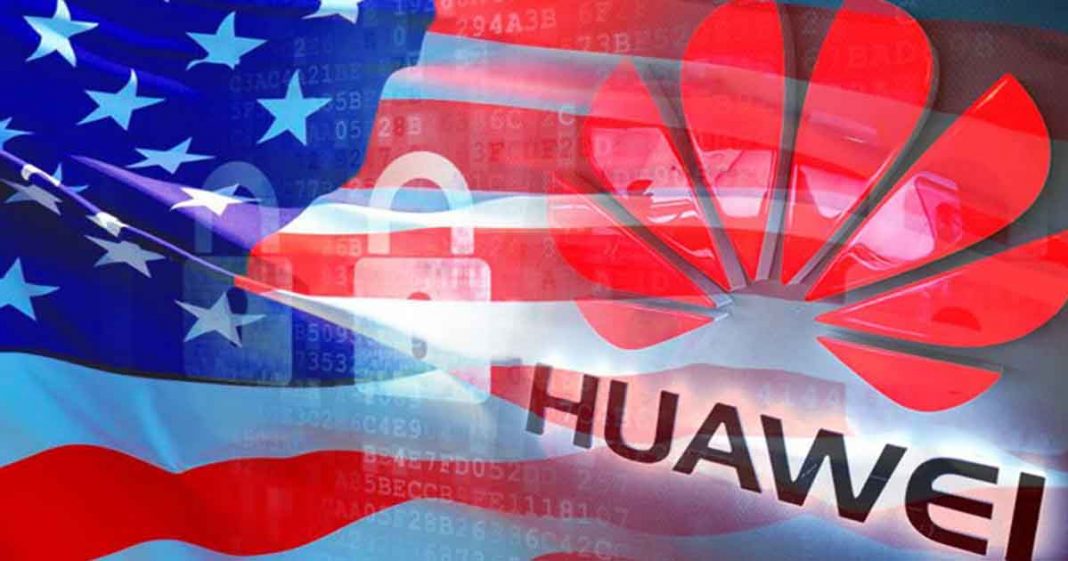 If the United States hoped to stop the company in its tracks, it hasn’t yet.

An escalating US effort to block supplies of vital semiconductors to a company it views as a security risk has Huawei officials and staff speaking anew of a sense of “crisis” on its huge campuses in and around the southern Chinese city of Shenzhen.

But despite Washington’s now 18-month campaign — and the current coronavirus pandemic — staffing and the company’s big ambitions continue to grow.

“But I’ve worked for Huawei many years and we are confident the company will guide us on the correct path.”

The US Commerce Department said Friday it was tightening efforts to deny Huawei access to global semiconductor supplies. Huawei on Monday said the move will disrupt world supply chains and threaten the company’s “survival”.

US will cut off Huawei from acquiring semiconductors from global chipmakers made with US tech.

Commerce dept it was closing a 'loophole' exploited by Huawei after it was blacklisted last May from doing business with US firms on national security groundshttps://t.co/acX4j3fubq

“If the spirit of the ruling is followed, it would have a major impact on Huawei,” said Kelsey Broderick, analyst with Eurasia Group consultancy.

Huawei’s ability to find homegrown replacement chips is “low” at best, she said.

Huawei carrying on with routine business

But Washington has repeatedly granted reprieves for earlier sanctions on Huawei, and the US may face opposition from American and foreign chipmakers who would suddenly lose orders from Huawei.

“There are questions remaining over how strict the ruling will be, in both implementation and enforcement,” Broderick said.

Huawei — a dominant presence in Shenzhen, headquarters for a number of huge Chinese tech titans -– projects a business-as-usual front.

Unlike Dems, @realDonaldTrump isn't afraid to stand up to China.

He's exposing the threat of Huawei & bringing 5G tech production to America—huge for supply chain security & bringing back our jobs.

Even the New York Times is calling it a "Win for Trump." https://t.co/sNOcwftcL4

Since Washington singled out the firm as a proxy target in the wider US-China trade struggle beginning in late 2018, its global staff has grown from 180,000 to 194,000 now, company officials say.

It announced 19 percent growth in its global businesses in 2019 despite the pressure.

The expanding “European village” complex, housing 25,000 staff, sprawls around a lake, linked by red and orange trains that stop at stations including “Paris”, “Bologna”, and “Heidelberg”, each with plazas and architecture recalling those cities.

Eleven such themed zones are finished and another is being built.

Huawei University, meanwhile, will be moving in August to newer and bigger European-style facilities. Washington fears China could use Huawei’s telecom networking systems worldwide for espionage or cyber-sabotage.

Huawei: The next leader in technological prowess?

The company is expected to become a global leader in coming fifth-generation, or 5G, wireless networks, and Washington has lobbied other countries to shun its equipment over potential security risks.

But current chairman Guo Ping said this week the US is driven by fear of losing the technological edge to Chinese companies, and Huawei officials have continuously said Washington’s threats merely make it stronger.

Staff echo that, telling AFP that US moves to deny access to Google services on its Android smartphones led Huawei to accelerate production of its proprietary HarmonyOS operating system, unveiled last year.

“This challenge will create a more acute sense of crisis, but our answer is to do our jobs right, and have confidence that hard work will pay off,” said Liu.

A University of the future

Huawei University shut down its 40 physical classrooms after the coronavirus erupted in late January. But after turning to online courses for staff in China, Africa, Europe and elsewhere, in-person classes resumed in May, Liu said.

Classes are now busier than ever handling pent-up demand from the shutdown, said Liu. New course content includes understanding and dealing with the mental stress of US pressure.

“The world is now full of uncertainty and we need to adjust our mindset,” Liu said.

Zhu Anran, 36, newly hired for a construction and infrastructure division, said the US pressure is on the lips of his fellow inductees. But he had no worries about joining Huawei.

“As a Chinese, I feel more proud at being able to join such an enterprise as Huawei.”

Huawei/Coronavirus/WHO: The theatres of the US China War

US China relations have been souring rapidly ever since President Donald Trump took office at Washington in 2016. Over the course of his Presidency, the US has engaged in protracted conflict with China, beginning with a trade war that ran from late 2018 to late 2019. Most recently, the President has accused the WHO of being a “puppet of China” and has threatened to cut its funding until it can guarantee that it will be neutral in matters of public health. He blames the Coronavirus on China and repeatedly holds it responsible for allowing the virus to become the pandemic that it is today.

The Huawei sanctions on part of the United States are designed to keep its 5G technology out of the USA, but the Chinese say that the US is also afraid of coming second in the race to develop 5G.

As it stands, Huawei is banned only by the US but operates normally in all other territories.

Previous articleG7 summit: Trump calls for face to face meeting amid record virus cases
Next articleBaghdad prays for an end to COVID-19 in Ramadan

20 September 2021
Previous articleG7 summit: Trump calls for face to face meeting amid record virus cases
Next articleBaghdad prays for an end to COVID-19 in Ramadan

China and US to push forward economic deal – despite tensions