Human organ trade: Why do people do that?

Nefarious groups and individuals are risking the lives of the poor segments of the society by exploiting their needs, wants and hardships. These vulnerable poor communities are lured and trapped by organ trafficking mafia who offer huge amounts of money. 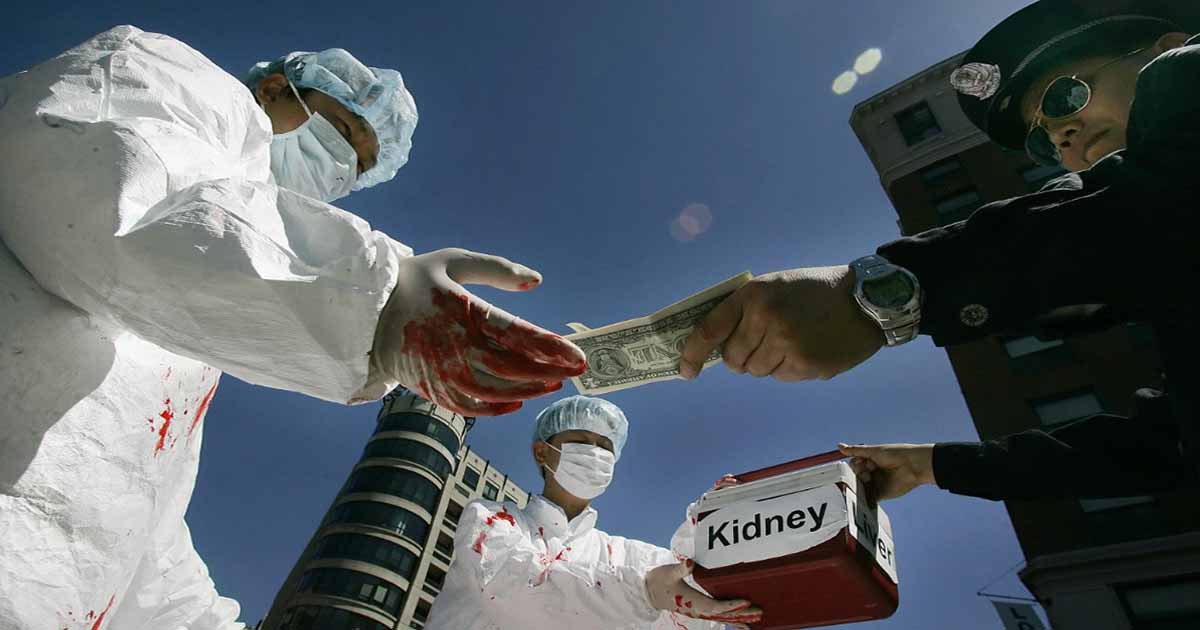 Human organ trade has become a lucrative business in the black market as some medical professionals, Nurses and middlemen are involved in this malpractice putting the lives of vulnerable poor people at risk.

Even some poverty-ridden communities sell their organs to feed their children and cover their domestic costs. The Middlemen sell the organs in millions of dollars while offering peanuts to the organ sellers.

Though there are strict restrictions in place on such illegal practices globally, yet the organ trafficking continues unabatedly throughout the world especially in Africa, Asia and the countries where poverty ratio is relatively high and the nations hit by political turmoil and instability.

Iran is the only country where organ transplant has state permission and everyone can buy and sell organs as per WHO reports. Iran’s economy has been paralyzed due to strict US economic sanctions. The other reasons of trafficking may be the maximum number of unemployment, bad governance, backwardness, illiteracy and poverty that prompts people to sell their organs such as Liver, kidney etc to support their family and children during hard times. Human Organ trafficking has also been prevented in UN resolutions.

Medical practitioners involved in the business; organs to cover debts

Some analysts are of the view that there are some organized International groups having networks operating globally who exploit the poor segments to sell their organs by offering huge amounts of money and sell the same in lucrative International markets pocketing millions of dollars in so-called illegal Human organ Trade.

There are bitter facts about these malpractices that some well-known medical practitioners and hospitals are running this secret business and playing havoc with the precious lives of the poor people disregarding the laws in place or Human rights.

The Asian countries such as  India, Iran and  Pakistan have a high level of cases especially related to bonded labour and brick kiln workers whose wages are withheld by the owners and compelling them to sell their organs to cover their debts, daily lives and health costs since no health insurance facility is provided to these poor brick kiln workers.

Read more: Humanity in the face of an ecological apocalypse

The African countries are relatively facing economic challenges, political upheavals, rampant corruption, poor law and order situation. As a result of such issues, there is a high ratio of unemployment and lack of business opportunities.

These vulnerable poor communities are lured and trapped by organ trafficking mafia by offering millions of dollars and depriving them of their organs such as Kidney, Liver etc.

The countries like Nigeria, Egypt, Philippines, Iran, Pakistan, India, Bangladesh have fallen prey to these organ trafficking mafias. There are some restrictions imposed by health regulatory bodies worldwide including the WHO. However, organ trade and transplantation continues unabated around the world regardless of any ban as these mafias enjoy support from strongmen in power corridors. They continue their illegal organ sale and purchase business pocketing millions of dollars in black-markets while paying peanuts to organ sellers.

African migrants particularly affected, but why?

Despite UN General Assembly resolutions against human organ trafficking, the practice continues globally putting human rights at risk especially in Asian, African countries where poverty monster is gobbling the poor by compelling them to take an unethical decision that may prove disastrous in the long run.

The international health body (WHO) study, as well as media reports, have revealed shocking facts that most of human organ trafficking cases happened with African Migrant  Refugees in Egypt, Libya, as they were compelled to sell their organs for the sake of livelihood as migrants, had limited citizenry rights in Egypt.

Human organ trafficking and transplantation cases were reported in great numbers in Egypt as there were 250,000 cases and the majority of them were related to migrant African refugees as reported by the WHO report.

What kind of people seek transplant?

The study also revealed that most of the transplantation cases were related to persons with drug addiction, diabetic patients and the rich people who are used to alcoholic drinks that damaged their kidneys and immune system.

These patients were the forerunners in the purchase of notorious human organs to save their lives and feed the huge chunk of the funds to the hospitals conducting transplants in India, Iran, Pakistan, China, Egypt and other parts of the world.

According to the WHO, the cost of transplantation varies from the country to country and region to region. The average cost ranges from $30,000 -$40,000 US dollars for kidney-related transplantation. The organ trade is reported to have touched $160,000 in international markets by so-called middlemen and doctors.

These facts are very shocking to the extent that even after costly organ transplantation, 70% to 78% of patients reported health and physical complications in India, Pakistan, Iran, Egypt and African nations.

It is a good step that Pakistan has established Human Organ Transplant Authority (HOTA) to regulate the transplant practices and maintain dignity especially organs donated by deceased people in their will to help people such as visually impaired.

Though the UN has adopted various resolutions against human organ trafficking globally, yet all the member nations must frame laws to regulate transplants and ban illegal organ trafficking done by some nefarious groups and individuals. These groups are risking the lives of the poor segments of the society by exploiting their needs, wants, hardships and compelling them to sell their organs to them. These people have no regard for humanity or dignity of people.

These criminals have established well-organized networks. The International Police  (Interpol) may be tasked to burst and break their global network.

The countries such as Sudan, Tanzania, Nigeria and Eritrea are also stalled with illegal human organ trafficking as transplants were executed in Egypt.

Back in 2018, Egyptian criminal court had sentenced over 37 persons including Doctors, Nurses, medical staff and middlemen involved in the illegal trade of human organs. They were captured in the raid on a tip-off and millions of dollars were retrieved from them. The investigation heralds serious revelations that how these groups operate globally having no regard for humanity.

The news reports confirm that Egypt is reportedly a big market for organ sale as people sell their body organs to wealthy foreigners for illegal riches and perks offered to them. The middlemen facilitate such deals thwarting international law and human rights.

Way forward against this menace

The Human organ trafficking is a global issue and all the countries should be united to frame strict laws and put strict restrictions on those concerned with health systems such as doctors, nurses and medical professionals to stop such illegal practices by awarding exemplary hard punishments who are found involved in such inhuman and illegal organ trade.

There is a great need to establish a global body of the UN to control, contain and prevent illegal human organ trade to save the vulnerable communities falling prey to these wealthy foreigners. They risk the lives of poor communities by luring them with some hard cash and play with their precious lives.

Some organ sellers shared sad stories that how their organs were stolen from their body without their consent on free treatment offers. Illegal organ trade has been a global issue and the timely steps of UN and member states can help contain this menace and protect underprivileged people from the grip of these nefarious people.

Abdul Rahman Malik is a Policy Researcher, Governance Specialist and Development Sector Professional having worked for Asian Development Bank and other National and International Development Organizations. The views expressed in this article are the author’s own and do not necessarily reflect the editorial policy of Global Village Space.