More than one international institution has now admitted that the state of human rights in India is deteriorating. BJP’s government is using both law and violence to target Muslims across India and particularly in Indian occupied Kashmir. But the question is whether the international community shall raise its voice for Kashmiris or not? 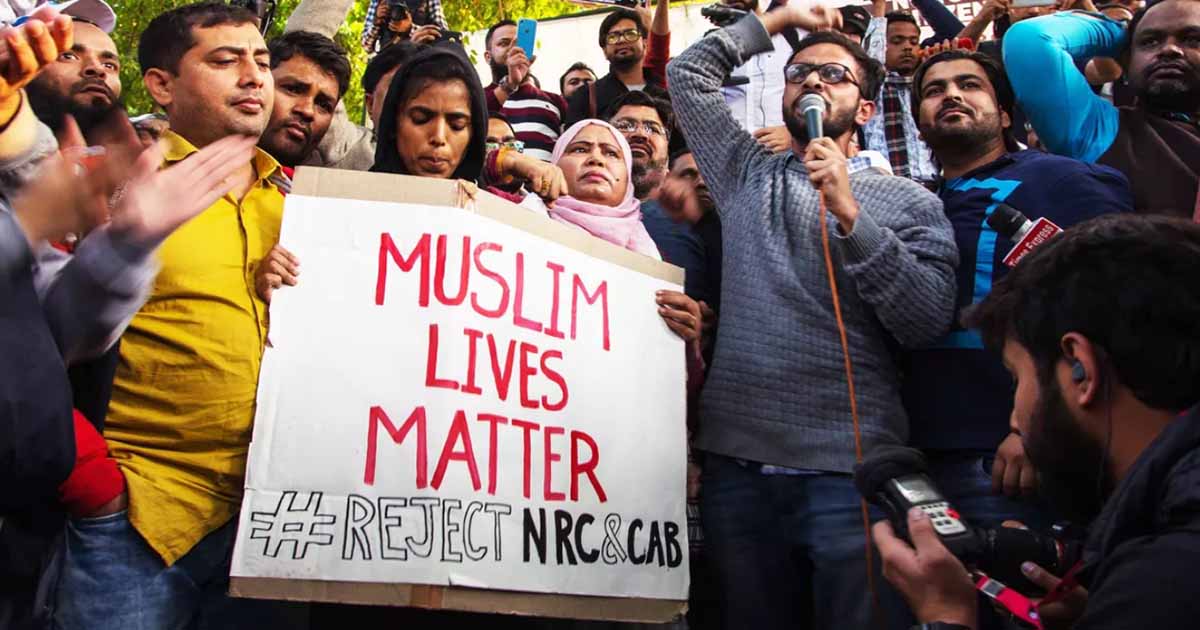 “The Indian government has tried to shut down Kashmir, hiding the full extent of the harm caused there,” Meenakshi Ganguly, South Asia director at the New York-based Human Rights Watch, said in a statement. “Instead of addressing growing attacks on minorities, Indian authorities bolstered their efforts to silence critical voices in 2019.”

Prior to its actions in Indian occupied Jammu and Kashmir, the New Delhi government deployed additional troops, shut down the internet and phones, and arbitrarily detained thousands of Kashmiris, including political leaders, activists, journalists, lawyers, and potential protesters, including children, it was pointed out. Hundreds remain in detention without charge or under house arrest to prevent protests.

Since May 2015, extremist Hindu groups have killed 50 people and injured over 250 amid rumors that they traded or killed cows for beef.

#India's actions in Jammu and Kashmir over the past year have caused 'enormous suffering,' resulting in loss of livelihoods and access to education, says Human Rights Watch in annual reporthttps://t.co/sVGxnhZANW

Muslims were also beaten and forced to chant Hindu slogans. Police failed to properly investigate the crimes, stalled investigations, ignored procedures and filed criminal cases against witnesses to harass and intimidate them.

Nearly two million people from tribal communities and forest-dwellers remained at risk of forced displacement and loss of livelihoods after a Supreme Court ruling in February 2019 to evict all those whose claims under the Forest Rights Act were rejected.

Throughout the year, UN experts have raised concerns over a series of issues in India, including extrajudicial killings, potential statelessness of millions in Assam, possible eviction of tribal communities and forest-dwellers, and the communications blackout in Kashmir, HRW added.

Indian is home to more than one billion population where there are different cultures, sub-cultures, religions, and languages. There are 29 states and 7 unions in India. Initially, at the time of independence, it had 17 provinces.  To manage ethnic diversity, India opted for federalism and the formation of provinces on a lingual basis. Secularism has always been a defining feature of the Indian polity.

But since Anish Kapoor, a sculptor, wrote an insightful piece back in 2015 when Modi was first elected to power. He maintained that the social cohesion of India would soon be challenged since there was going to be a Hindu Nation with an imaginative glorious past.

Read more: OIC to hold a special meeting on Kashmir issue in Islamabad

Hence, the BJP is, if anything, a revivalist Hindu nationalist party following a fascist political ideology to implement a religiously dominated idea of Hindu culture. “The country’s openness to social and religious minorities (more than 500 million people) and regional differences is at serious risk. Of late, Modi’s regime has effectively tolerated – if not encouraged – a saffron-clad army of Hindu activists who monitor and violently discipline those suspected of eating beef, disobeying caste rules or betraying the “Hindu nation”, wrote Kapoor.

The Silence is the Loudest Sound: Echoes of fascism in the #Kashmir Valley

Arundhati Roy, the author of The God of Small Things, recently spoke about the danger of assimilation policy. She wrote an opinion piece in The New York Times earlier this year titled “The Silence is the Loudest Sound”. She wrote, “While Partition and the horrifying violence that it caused is a deep, unhealed wound in the memory of the subcontinent, the violence of those times, as well as in the years since, in India and Pakistan, has as much to do with assimilation as it does with partition. … What’s unfolding today on both sides of the border of the erstwhile state of Jammu and Kashmir is the unfinished business of assimilation.”

150 days of night in Kashmir

The prime minister also condemned the imposition of curfew in the Indian Occupied Jammu and Kashmir (IOJ&K), which had continued for the last over 150 days and said that the Indian government’s brutalities had exposed the Indian democratic claims.

During the interactive meeting, matters relating to challenges faced by the country, reforms agenda of the present government, positive aspects of Pakistani society, the existing potential of country in diverse sectors, economic challenges facing the country and the future strategy, were discussed.

Imran Khan said that Pakistan was bestowed by Allah Almighty with abundant resources, adding, unfortunately, the development process in-country got stagnant due to corruption and neglect of human resource promotion by previous governments.

He said that Pakistan was the fastest developing country in South Asia in the decade of 1960s, but the political philosophies of the decades of 1970s and 1980s not only led to blocking of industrial development but also inclusion of money and corruption in the politics.

PM Imran said that he, by keeping in view the loot and plunder and corruption in the society and the plight of common man, stepped into politics and his party succeeded in defeating the country’s two major political parties after 22 years of political struggle. The premier said he was fighting against the mafia which had been creating hurdles in the way of country’s progress.

It is yet to be seen how the world and international civil society react to the rise of religious extremism and gross violation of human rights taking place in India. Sir Anish Kapoor fairly urged the liberals living outside India that “In Britain, we have a responsibility to speak out against it”. Pakistani PM has informed the International community of the dangerous situation that is brewing up in the region. He said that if the international community does not step in to solve this grave issue, the world would have to experience negative repercussions.

Pompeo on abortion: Is it or is it not a Human Right?