“I should be given a chance to record my statement”, requests ailing Musharraf 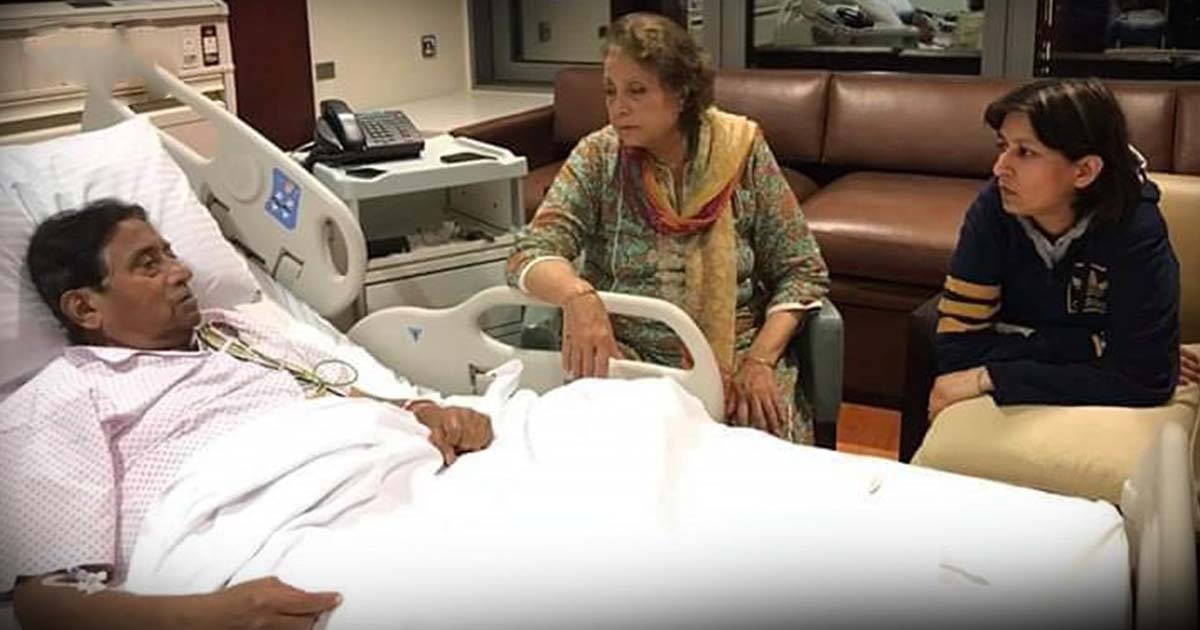 Former military ruler Gen (retd) Pervez Musharraf said that the high treason case against him is baseless. He maintained that he served the country for almost a decade and “how can I even think of committing treason?” he asked. The former army general was quite upset since his lawyer has been asked by the court not to defend him anymore. He [Musharraf] has lost all these rights.

In the latest video message from Dubai’s American Hospital, where Musharraf is currently under-treatment, the former president spoke about his health. “I am very unwell. It has been like this for a while, and I keep visiting the hospital,” he said.

#Musharraf says lawyer not being heard in high treason case

The former military ruler expressed hope that he will ‘get justice’ in the case, saying that the commission constituted in the case should try to get his stance as well. “As for me, the commission can come here, I can give them a statement. They can come and hear me, see my condition and then decide for themselves. When they return they can give their statement and my lawyer will be heard in the court too and then I hope I will get justice,” he said.

Musharraf is being trialed for imposing emergency in 2007 and detaining the judges of the Supreme Court of Pakistan. A case was registered against him in 2013 and his name was placed in the Exit Control List (ECL) by the Federal Investigation Agency (FIA) on the directives of the Sindh High Court (SHC).

Later on, the Supreme Court of Pakistan allowed Musharraf to go abroad for his medical check-up and his name was removed from the ECL. Moreover, the special court also declared Mr. Musharraf an absconder, issued perpetual warrants of his arrest and commenced proceedings under Section 87, 88 CrPC for attachment of his properties on July 19, 2016.

The three-member bench headed by Justice Tahira Safdar decided to take proceedings forward and conclude the trial in the absence of the former army chief. The court observed that proceedings could no longer be halted due to the accused’s illness.

Importantly, the bench has declared that Musharraf has lost the right to engage a counsel unless he surrenders.

“In view of the established principle that a trial could not be held in absence or could be adjourned for an indefinite period coupled with findings of the Supreme Court, whereby it was held that the accused being fugitive from law, thus loses his right to audience, also lost the right to have an advocate appointed to defend him unless he surrenders himself before the court,” the court’s written order read.

With the exception of being defended by counsel of choice, safeguards for a fair trial in absentia have largely been ensured in Musharraf’s case

Onus now on Govt to show commitment trial is conducted fairly and expeditiously, which seems to be lacking https://t.co/PafUUDnkgT— Reema Omer (@reema_omer) December 3, 2019

“As decided by the Supreme Court, the learned counsel presently representing the accused neither could represent him nor could defend him [accused] with the exception that the accused appears and surrenders himself before the court,” the order stated.

“In the view of the described state of facts and in compliance of the decision given by the Supreme Court for further proceedings of the trial a counsel is to be appointed to defend the accused as required by Section 9 of the Act 1976. The Ministry of Law and Justice, Government of Pakistan, is directed to submit a panel of advocate for the purpose along with the package of a fee to be paid to the advocate, so appointed to enable this court to further proceed with the case, as required,” it added.

Give Musharraf a right to present his version: IHC

The court expressed its disapproval at the Musharraf’s lawyer, Advocate Raza Bashir’s failure to submit a written response to the court. The court has instructed Musharraf’s counsel to provide written arguments by November 26.

After appearing in court, Advocate Bashir informed the court that an application had been submitted for Musharraf’s acquittal. A representative of the Interior Ministry was also present at the hearing. Justice Seth informed the representative that the High Court had allowed the government until December 5 to appoint a prosecution team.

Justice Seth said, “After December 5, you will not be given more time.” He added that after December 5, the court will listen to the case on a daily basis. The Judge said that Musharraf can record his statements at any time before the next hearing, and warned that no applications will be accepted after the hearing.

However, Justice Seth observed that “we will not comment on the decision of the high court.”

Musharraf has lost the right to defend himself: SC

The Supreme Court of Pakistan said in April this year that if former president General (retd) Pervez Musharraf case doesn’t appear in court on May 2, he will lose his right to defend himself.

During the hearing of the high treason case against him, Chief Justice Asif Saeed Khosa said if a suspect is purposely not appearing in court, they cannot let him take advantage.  In the previous hearing of the petition, the top court had said that it would intervene if the special court, in its next hearing, failed to make a decision on how to record the former president’s statement.

Justice Khosa said that a trial becomes unconstitutional in the absence of a suspect but if a suspect doesn’t appear on purpose, he cannot be allowed to take advantage of the situation. “High treason is not an average crime,” Justice Khosa reminded the defense counsel.

US will act in ‘self-defense’ if attacked in Iraq – Pompeo

Army condemns detailed Judgement as being against religion and humanity