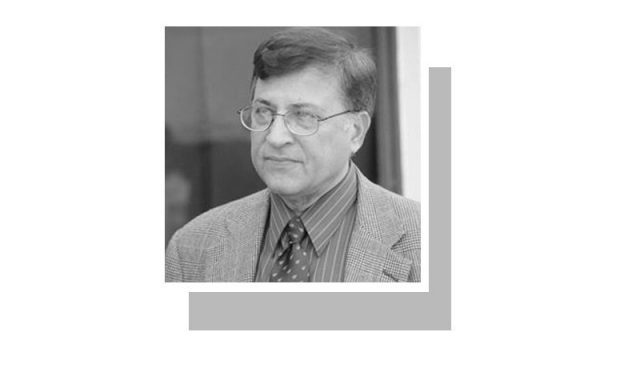 The first martial law of October 1958 changed Pakistan forever, till that time the country had no debt. People and their government lived within their means. Amongst several other debacles perhaps going to IMF (International Monetary Fund) was the deadliest. Since then the proverbial “Shylock” has been after us for his pound of flesh.

Every born and unborn Pakistani is in debt that he cannot pay back. Prime Minister (PM) Imran Khan is most vocal about this menace. Recently Dr. Kamal Monnoo the economist has highlighted the Russian approach to their economic revival. They got rid of IMF to bounce back.

When President Farooq Leghari dismissed the government of his own party he decided on across the board accountability together with the strict implementation of the constitutional provisions.

In 1998, Russia defaulted on the $40 billion debt from the Soviet Union era. Putin as President sought out of the box solutions to jump-start the sluggish Soviet economic engine. A young team was assembled for preparing the reforms agenda. It was decided to get rid of the debt.

To increase revenue, taxes were lowered while the tax base expanded. On a recent meeting with the Russian Ambassador, I asked him a direct question, “Are you a Socialist or Capitalist state?” prompt came the reply, “We are in transition to capitalism”

Though the Comrades still gather at the famous Red Square on November 07 every year to commemorate their 1917 Bolshevik Revolution, while their country slides into the realm of ruthless Capitalist Order. It is interesting while the People’s Republic of China is poised to emerge as the next ‘Superpower’ of the world, Russians have decided to pursue an exploitative system that is in serious decline, the free market economy has failed to deliver.

Last year I interacted with a PML-N stalwart. According to him direct foreign investment (DFI) was our only hope for economic revival. In disagreement, I asked him a simple question, how did the Chinese do it? He had no answer. In China, the focus was on austerity and human development together with self-reliance. Most Asian Tigers invested heavily in the education and health sectors and were able to reap the benefits manifold.

Interest-based debt is a trap from which nations, organizations, and individuals seldom emerge. Borrowing should be the last resort of financing and that too with an elaborate plan to pay it back. Unfortunately, most loans were doled out in Pakistan to individuals as a favour.

The ministers travelled on national carrier and stayed at their respective embassies. TA/DA was all paid in local currency. Strict price controls and subsidy for the poor were introduced.

There was some kind of an inference that there will be no payback. Loans were waived, interest payments condoned for selected borrowers which created a serious imbalance of payments. Personal debt was passed over to the nation, as there was no provision of relief from IMF it ballooned out of control.

The 1973 constitution clearly disallows defaulters from contesting elections. When President Farooq Leghari dismissed the government of his own party he decided on across the board accountability together with the strict implementation of the constitutional provisions.

It sends shock waves to the entire political leadership of the country. Only a few could qualify. Fearing reprisals he backed off. Rescheduling of debt was allowed which allowed the “Thugs” to stage a comeback, rest is history, the President, Chief Justice, and the Army Chief were all sent home before their time.

After sixty years of IMF loans, some lessons should have been learned. This unearned easy money has been misspent and squandered. China developed by harnessing its own resources while the Russians defaulted in 1998 and then paid back their debt through export earnings and major efficiency improvements. An ‘Economic Stabilization Fund’ was created to weather future downturns, Pakistan can learn from these approaches to economic emancipation.

Iran had a debt of around $22 billion after the imposed Iran-Iraq war in the eighties. In order to fail the revolution, Saddam Hussein was prompted to attack the country in transition to take control of Shatt Al-Arab waterway. Under the leadership of Imam Khomeini, the Revolutionary Guards fought back bravely. Saddam had to retreat in frustration and defeat.

Then the Islamic Republic decided to get rid of its debt. Strict austerity measures were adopted. Every dollar was accounted for. The ministers travelled on national carrier and stayed at their respective embassies. TA/DA was all paid in local currency. Strict price controls and subsidy for the poor were introduced. Today the country has no external debt and is well developed.

Sustainable economic growth has not been achieved despite 21 interventions from the fund, a major change of direction is required to come out of this prolonged financial crises.

In the first 100 days plan of PTI prepared before the 2013 elections, it was recommended that only locally assembled cars of the maximum engine capacity of 1300 cc would be used by all state functionaries. With the induction of electable, the original plan was changed. Earlier in the eighties, the government of Muhammad Khan Junejo had imposed a similar restriction.

The state apparatus decorated and built by the first dictator was not sustainable. Money must be first earned or collected before spending. The model of spending now and earn later has serious flaws. It is the worst form of capitalism that has inflicted poverty, hunger, and hopelessness all over the world, with Pakistan being no exception.

Like Russia, Pakistan may have to default on IMF payments if it desires to be debt free. In the capitalist world, default happens all the time. In most loans, its cost is built in. Only out of the box solutions are effective in such hopeless situations. It is widely believed that there are no free lunches in life. Consumption-based societies eventually perish.

The party must come to an end, after sixty years of feasting by a few it is fasting time to cleanse the choked system. Like our Asian neighbours we must learn to live within our means. Debt is death for a nation, our very survival is at stake, IMF cannot save us.

Sustainable economic growth has not been achieved despite 21 interventions from the fund, a major change of direction is required to come out of this prolonged financial crises. With over 50% population below poverty line, Pakistan needs pro-poor policies which IMF is unable to deliver.

Op-ed: The broadsheet saga is the ‘crash’ of Pakistan’s institutions