India, a colossal washout in US versus China showdown

A United States led-coalition against China is in the making in which India will be the key player. Not sure if it is a brainchild of Pompeo or his Indian counterpart Jaishankar but certainly it is going to harm India in many ways - here's how... 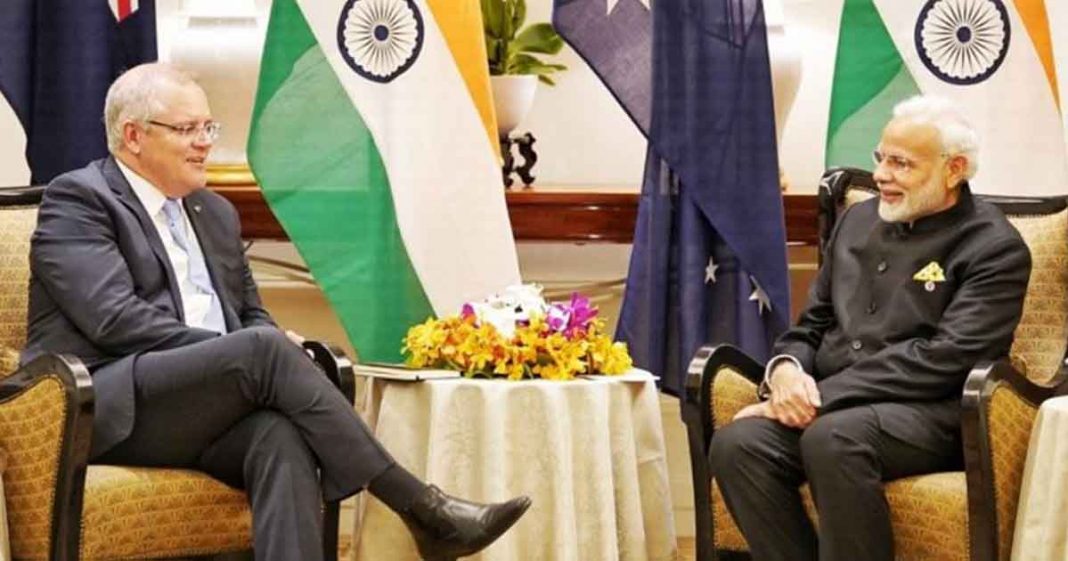 In a trove of declassified CIA documents some years ago, there was a list of Soviet jokes from the 1980s offering the glimpse of a secret American weapon to debunk and demoralise the US’ Cold War enemy. One of these CIA jokes relates to the stagnation of the Soviet era under Leonid Brezhnev (1964-1982).

Russians call it Период застоя or Stagnation Period. The joke goes like this: A train bearing Lenin, Stalin, Khrushchev and Brezhnev stops suddenly when the tracks run out. Each leader offers a unique solution. Lenin gathers workers and peasants from miles around and exhorts them to build more track. Stalin shoots the train crew. Khrushchev rehabilitates the dead crew and orders the tracks behind the train ripped up and relaid in front. Brezhnev smiles and simply pulls down the curtains and pretends the train is moving.

The metaphor is an apt description of the present Stagnation Period in India’s foreign policy. Perhaps, there is a co-relation between a rock-solid government and stagnation. Perhaps, Modi is inundated with domestic crises — Kashmir, CAA, economy, coronavirus — that his attention span got severely limited. Maybe, social distancing further reduces the scope for “hug diplomacy”.

At any rate, with the advent of a “cerebral” External Affairs Minister after a five-year hiatus, the locus of Indian diplomacy shifted from the PMO to the foreign-policy bureaucracy. There are pluses and minuses when bureaucracy drives diplomacy. The plus is that institutional memory revives; the great minus is that bureaucrats are largely staid and listless and tend to acquire the Sisyphean syndrome — marking time in seemingly profound but ultimately futile efforts.

The Sisyphean syndrome is much in evidence today in South Block. There is a delightful joke in circulation currently among Foreign Service officers that while as Foreign Secretary under late Sushma Swaraj, S. Jaishankar used to be de facto EAM, now that he is the EAM, he prefers to be a de facto FS. There is a kernel of truth here.

That makes Jaishankar’s world view to be the stuff of India’s current foreign policy and diplomacy. He does the thinking and Modi executes it in assigned roles with elan. Now, Jaishankar’s  world view rotates on an axis with two ends — one, ‘if you have a problem with China, come hither for a cup of Darjeeling tea’; two, tack up the Indian horse in the American stable, lock up the stable and throw away the key.

The US lacks the sort of investible surplus or expertise to partner in “Make in India”. Nor is the US in the business of making other countries “self-reliant”. Trump, in particular, has a mercantilist mindset

Take, for example, Modi’s “virtual summit” later today with his Australian counterpart Scott Morrison. The latter’s principal attraction today for Delhi is two-fold: first, he is a passionate friend of US President Donald Trump; second, he has run foul of Beijing. The two are inter-linked.

As a loyal friend of Trump, Morrison began mouthing the phrase “Wuhan virus” and charged at Beijing like a mad bull, calling for an independent investigation into the origin of Covid-19 pandemic, which he said “has taken more than 200,000 lives across the world” and “shut down the global economy.”

Unsurprisingly, Beijing was displeased and warned that China “has to reciprocate.” Morrison thereupon sensed that he might have put his foot into his mouth on a matter which even the US’ closest allies fear to touch. He backtracked, admitting sheepishly that Canberra “has nothing” in terms of evidence to point finger at Beijing.

But the damage has been done. China’s recent barley tariffs and beef bans on imports from Australia may or may not have anything to do with all this and trade consulting experts opine that the Chinese actions were prompted by genuine “technical export issues” and Covid-19 is “unlikely to be the sole reason or main motivating factor behind such major trade moves.”

But this indeed provided a warm setting for the Modi-Morrison virtual meeting today. Delhi is visualising a convergence with Canberra over China-baiting. But Modi will find Morrison a chastened man. The latter realises that he blithely overlooked that Australia owes its prosperity to its trade with China, which is, in fact, bigger in volume than its trade with its next 4 biggest trading partners — including the US and Japan — combined!

The point is, unlike India, which takes its containment strategy against China almost obsessively, its “Quad” allies (Japan and Australia) adopt a nuanced attitude when it comes to their thriving economic partnership with China. (The same is the case with Taiwan and South Korea.) They don’t share Delhi’s desperate itch to “decouple” from China.

How does India gain out of such a grouping, which is to meet shortly for its second meeting within a span of a month? Does it resolve India’s border disputes with China?

The US foreign policy is at a crossroads today. The transatlantic partnership has lost traction and Washington’s major European allies are carefully distancing themselves from its surreal posturing toward China. With Russia figuring in the US national security strategy alongside China as another revisionist power, the US-Russia-China triangle today gets tilted against American hegemony as well.

In such a dismal scenario, Jaishankar’s American counterpart Mike Pompeo is probing the scope to put together a new US-led coalition against China with a view to preserve its global dominance and establish its nuclear superiority. Whose brain wave this quixotic idea to tilt at the Chinese windmills could be — Jaishankar’s or Pompeo’s — we may never get to know, but in the current civil war conditions in America, the US’ soft power is waning.

And the US’ capacity to be a driver of growth for the world economy is diminishing. The US-led globalisation has ended and given way to China-led globalisation. Clearly, the US is hard-pressed to form a coalition with China-baiting as its leitmotif. The recent meeting of the World Health Assembly underscored the limits to US influence on the international community.

Read more: Russia & China: Closer than ever before

The European Union aspires to be an independent pole in the world order while Russia is maintaining its strategic autonomy; Russia is forging a quasi-alliance with China and robustly opposes the Trump administration’s attempts to shift the global balance, something which is pivotal to Moscow’s strategic doctrine.

Fundamentally, if Pompeo has a bee in his bonnet regarding the Chinese Communist Party, why should it become India’s concern? In the prevailing world order, India enjoys ample space and freedom to manoeuvre to safeguard its interests and boost its development.

Nonetheless, incredibly enough, India has volunteered to join Pompeo’s “coalition of the willing”. What has India in common with the other countries identifying with Pompeo’s enterprise — Australia, South Korea, Israel and Brazil? How does India gain out of such a grouping, which is to meet shortly for its second meeting within a span of a month? Does it resolve India’s border disputes with China?

Indeed, this is a transformative period for India to think big and to cast its net wide to realise an objective which is not necessarily elusive within a generation or two — to transition as a middle income country. Do not squander it away in frivolous pastimes and reality shows.

The US lacks the sort of investible surplus or expertise to partner in “Make in India”. Nor is the US in the business of making other countries “self-reliant”. Trump, in particular, has a mercantilist mindset. Whereas, China can be a driver of growth for India’s economy. Be realistic and pragmatic.

No one will respect us so long hundreds of millions of Indians keep migrating on foot from one region to another to eke out a livelihood or live under the flyovers like lost souls. Jaishankar’s tunnel vision harms India’s national interests. It is a recipe for stagnation.

STZs establishment: A revolutionary move for Pakistan’s IT sector