India has intensified its rivalry with China. It has blocked Chinese investments, initiated a clash on the border, and it is surely going to back United States in World Health Assembly. Why is India doing what US wants? Has India become a puppet of US or is it about national interests? 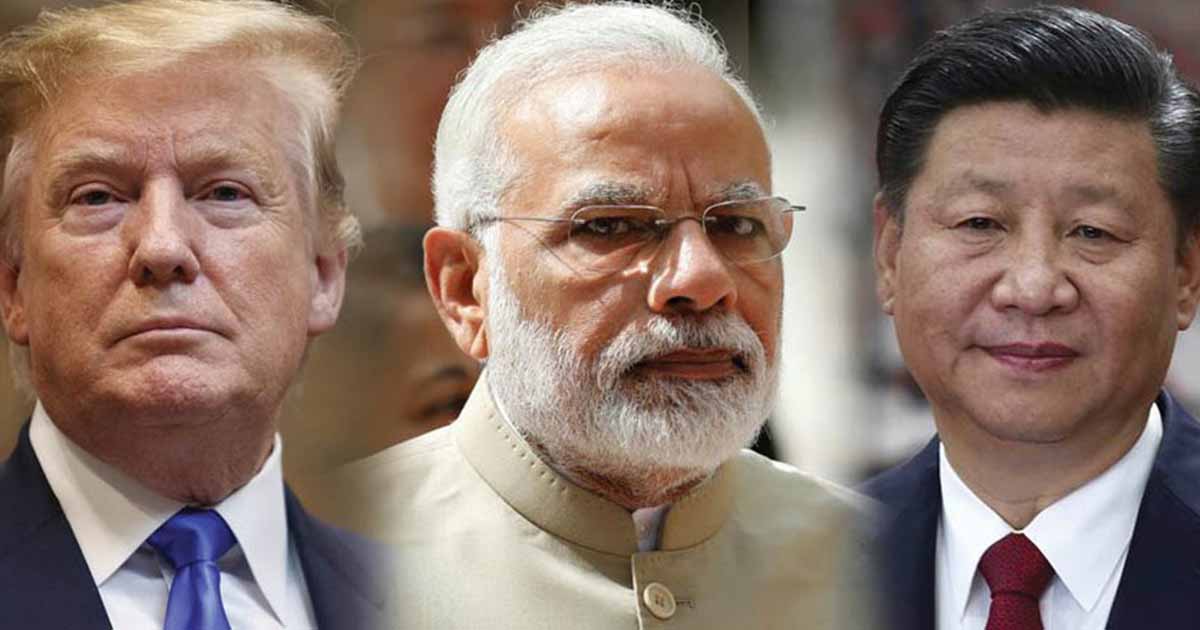 Whether it’s India’s latest clashes with China along the Line of Actual Control (LAC), its selective embrace of “economic nationalism” to “poach” foreign companies from the People’s Republic, or its forthcoming leadership of the World Health Assembly (WHA) where it might very well take Washington’s side in demanding an investigation into Beijing’s response to World War C, India is indisputably intensifying its American-backed Hybrid War on China as a sign of loyalty to its new ally.

Gone are the “good ‘ole days” of BRICS bonhomie when the Alt-Media Community used to sing the praises of this nascent trade bloc and portray it as a game-changing development in International Relations. Although promising on paper, BRICS was always destined to be disappointing due to the irreparable differences between India and China that were either downplayed or outright ignored by this organization’s loudest advocates.

The author has been consistently warning for over the past four years that “India Is Now An American Ally” after it clinched the Logistics Exchange Memorandum Of Agreement (LEMOA) with the US to allow the latter to use its military infrastructure on a case-by-case “logistical” bases.

Since then, India has fully submitted to the Pentagon’s “Indo-Pacific” strategy of empowering the South Asian state as a “counterweight” China, with even Russian Foreign Minister Lavrov loudly warning his country’s strategic partner of the pitfalls of this scenario as recently as early January of this year while speaking at a conference in their country.

Alas, whether due to long-lasting ignorance of the situation, unchecked professional incompetence, and/or shadowy motives that can only be speculated upon, the majority of the Alt-Media Community still refuses to recognize these facts, though the latest developments pertaining to Indian-Chinese relations might finally cause them to reconsider their inexplicable stance of always “covering up” for New Delhi.

India has recently clashed with China along the Line of Actual Control (LAC) in Indian-Occupied Kashmir’s Ladakh region and close to the Donglang Plateau (described as “Doklam” by India and thus widely reported upon with this name in the Western Mainstream Media and among the members of the Alt-Media Community sympathetic to New Delhi) near Sikkim where they had their infamous three-month-long standoff in summer 2017 (which threatened to repeat itself in 2018).

Whether across the military, economic, or soft power domains, the US-Indian alliance is doing its utmost to create serious difficulties for China

So tense has the situation become in Ladakh that China reportedly flew several helicopters near the scene while India flew a few fighter jets, significantly upping the ante.

The backdrop against which these clashes are transpiring is India’s aggressive attempt to “poach” foreign companies from the People’s Republic, which the author analyzed last month in his piece about how “India’s Selective Embrace Of Economic Nationalism Has Anti-Chinese Motivations”.

Of relevance, India has also set aside land twice the size of Luxembourg for such companies to exploit in the event that they decide to re-offshore from the East Asian state to the South Asian one. This perfectly dovetails with Trump’s “trade war” plans to encourage foreign companies to leave his country’s rival and either return home or set up shop in a friendly pro-American country instead.

Read more: A response to claim: COVID-19 will spread in Pakistan due to CPEC

Of note, India is also vehemently opposed to China’s Belt & Road Initiative (BRI) behind the US on the basis that its flagship project of the China-Pakistan Economic Corridor (CPEC) traverses through territory that New Delhi claims as its own per its maximalist approach to the Kashmir Conflict. Obviously, the US couldn’t have found a better ally than India to thwart China’s economic plans.

The US Might Rule The WHO Via Its Indian Proxy

On the soft power front, India is slated to assume leadership of the World Health Assembly (WHA, the governing body of the World Health Organization, WHO) from Japan later this month, and it’s already being widely speculated in Indian media that the country might be seriously considering taking the US’ side in respect to investigating the WHO for its alleged pro-Chinese bias.

Not only that, but India might even be receptive towards Taiwan’s request to participate in the organization’s meetings, the scenario of which has already concerned China so much that its embassy in New Delhi felt compelled to remind the Indian leadership that doing so would violate the One China principle.

From the American perspective, this is an unprecedented opportunity for Washington to exercise proxy leadership of the WHO through its “junior partner” of India, which could add a speciously convincing degree of credibility to its anti-Chinese claims in an attempt to win back the many hearts and minds that it’s lost to its rival throughout the course of World War C.

The Indo-American Hybrid War On China

Taken together, India is indisputably intensifying its American-backed Hybrid War against China as a sign of fealty to its new ally, especially considering that it’s only officially been the US’ “comprehensive global strategic partner” since Trump’s landmark visit to the country a few months back in February and thus feels like it has something to prove.

Both countries share the grand strategic goal of “containing” China, to which end they’re working hand-in-glove with one another to carry out this concerted campaign against the People’s Republic. Building off of the idiom, the American hand is unquestionably controlling the Indian glove after Trump cracked the whip on Modi by forcing him to export hydroxychloroquine to the US last month, which asserted his country’s dominance as India’s neo-imperial master.

Whether across the military, economic, or soft power domains, the US-Indian alliance is doing its utmost to create serious difficulties for China. With India now suspecting China of building an island off of its coast, ties will likely continue to worsen to the US’ benefit.

PM Imran Khan thanks China for its unwavering stand on Kashmir