India and China have agreed to de-escalate and 'restore tranquility' on their troubled border. However, the statements of both India and China have been curiously pugnacious, with both sides blaming each other. Indian PM Modi has also vowed that the lives of Indian soldiers lost will not be in vain. 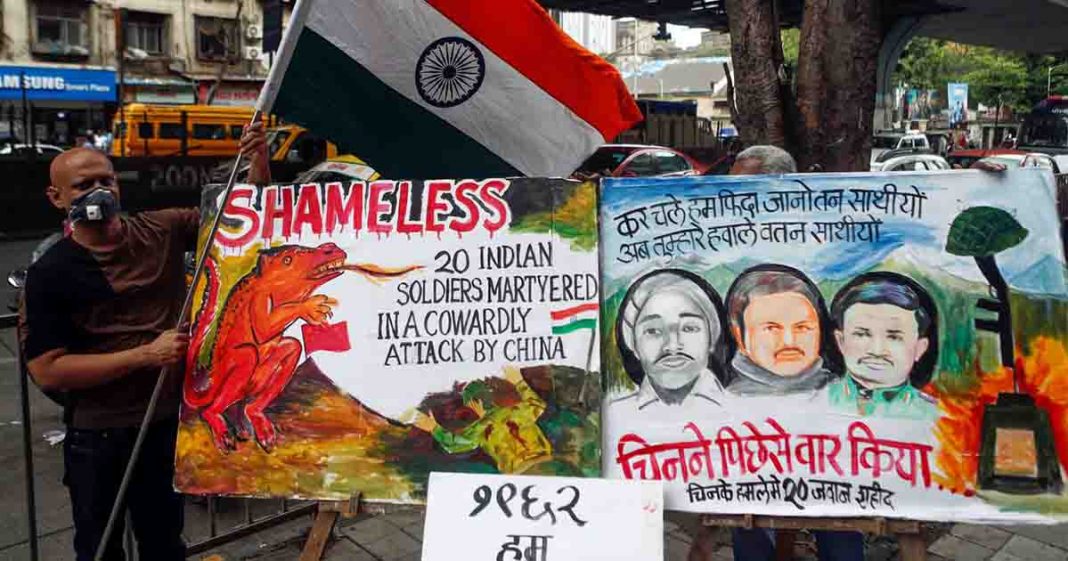 India and China agree on border de-escalation as their foreign ministers spoke on the phone on Wednesday and agreed to abide by existing bilateral agreements to ensure peace and tranquillity on their disputed Himalayan border. Indian Prime Minister Narendra Modi has said the deaths of 20 Indian soldiers in border skirmishes with the Chinese military will “not be in vain,” and vowed a response if there is further provocation.

“I would like to assure the country that the sacrifice of our soldiers will not be in vain. For us, the unity and integrity of the country is the most important… India wants peace but is capable of giving a reply if provoked,” Modi said in a televised address Wednesday.

I would like to assure the nation that the sacrifice of our jawans will not be in vain. For us, the unity and sovereignty of the country is the most important…India wants peace but it is capable to give a befitting reply if instigated: PM Narendra Modi #IndiaChinaFaceOff pic.twitter.com/kFIC3F1fE4

India-China scuffle at Ladakh: the incident

Chinese side didn’t release number of PLA casualties in clash with Indian soldiers. My understanding is the Chinese side doesn’t want people of the two countries to compare the casualties number so to avoid stoking public mood. This is goodwill from Beijing.

The PM’s comments came after deadly skirmishes in the mountainous Galwan Valley, a disputed region near Kashmir that is claimed by both China and India as sovereign territory.

Shortly after Modi’s comments the Chinese foreign ministry said that it has agreed with India to de-escalate the situation as soon as possible.

The ministry said in a statement that senior Chinese diplomat Wang Yi told Indian Foreign minister Subrahmanyam Jaishankar on Wednesday that India should severely punish those responsible for the conflict and control its frontline troops.

A two-minute silence was observed during a Wednesday security briefing held between Modi and his chief ministers to pay tribute to the fallen soldiers.

“The whole country is with the families of those who sacrificed their lives for the country. India will defend every stone, every inch of its territory. India is a peace-loving country which has always tried to maintain cooperative and friendly relations with neighbors,” the prime minister said.

India and China agree on de-escalation as toll remains hazy

The troops were reportedly “exposed to sub-zero temperatures in the high-altitude terrain” and succumbed to their wounds. Indian media claimed as many as 43 Chinese People’s Liberation Army soldiers were killed, but this figure has not been confirmed by Beijing.

Modi has called an all-party meeting on Friday at 5pm to discuss the Galwan Valley situation.

According to the Indian side, External Affairs Minister S. Jaishankar and Chinese Foreign Minister Wang Yi “agreed that the overall situation would be handled in a responsible manner, and both sides would implement the disengagement understanding of 6 June sincerely.”

The Indian statement further said that neither side would take any action to escalate matters and instead, ensure peace and tranquillity as per bilateral agreements and protocols.

A summary of the conversation from the Chinese side said the phone call would help ease the situation. “While they expressed their stance, they also set the tone for easing the situation, which will direct public opinion in their own countries,” a paper linked to China’s ruling Communist party said.

The paper added some angry comments, however, as did the official statement from the Indian side. “The Indian side especially must fulfill its promise and implement the consensus reached between the two countries. The border issue is the most sensitive part of China-India relations. Only when it is eased can the two engage in cooperation in a composed manner,” said the Global Times.

“The latest clash at Galwan Valley is regrettable,” the Chinese newspaper said. “How to avoid the repeated occurrence of such conflicts and prevent the situation from escalating has become the biggest test to China-India relations.”

It quoted Mr Wang as holding the Indian side responsible for intentionally provoking and starting the violent attack. “It is hoped that India does not indulge in its sentiment, but understands the stance of the Chinese side.”

The Global Times newspaper cited existing agreements between India and China to back up its claim. “Resorting to this mechanism and improving on it rather than destroying it is the only way out for the two to address frictions. The Indian side should never think about pushing China to make concessions, because China won’t. Moreover, China’s countermeasures will never be late no matter the cost.”

Watch Dr. Mooed Pirzada dissect the ongoing tensions between China and India, focusing on Modi’s reaction and analyse what it means for the future of the region:

Previous articleA country marred by corruption
Next articleWhy does the Centre intend to remove anomalies from the 18th Amendment?

23 July 2021
Previous articleA country marred by corruption
Next articleWhy does the Centre intend to remove anomalies from the 18th Amendment?

Pulwama attack: What Indians should ask their government & media