India-China flareup at Ladakh: Indian ‘pride’ will not be hurt says minister

The region has become a hotbed for border security forces of both neighbors over a dispute on the boundary between the two countries. All these developments are pointing toward a growing imbalance of strategic power between India and China. Will India be able to salvage some pride? 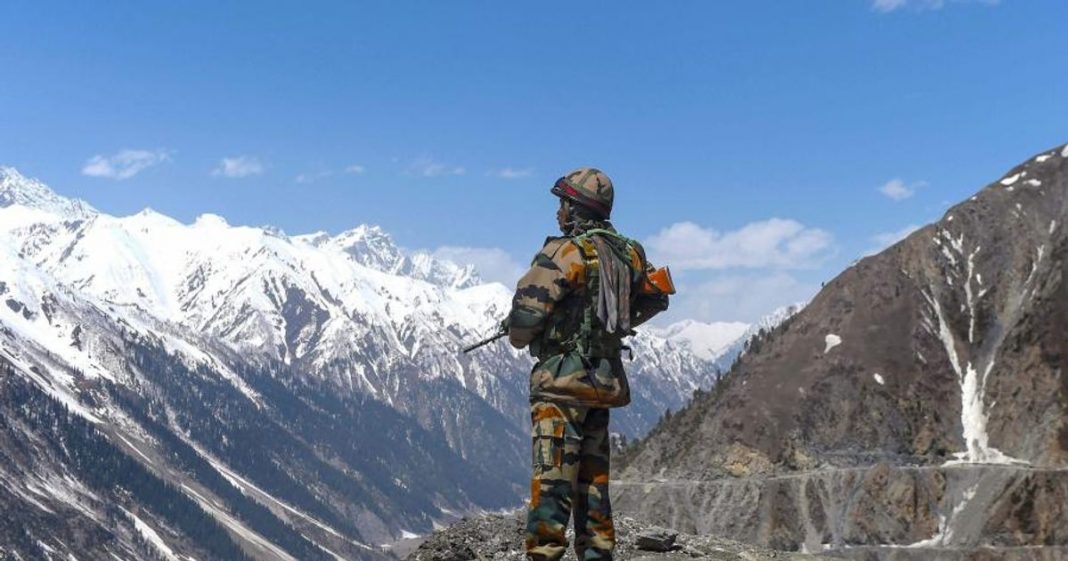 In a move that has signalled India’s intent, Indian Defence Minister says that India will not let its “pride be hurt” in the India-China flareup at Ladakh but is determined to settle the dispute through talks between the giant neighbours. This comes in the backdrop of India and China beefing up their border security forces at various points along their shared border, which has been the subject of many analyses lately.

Singh also said in a television interview late Saturday that India has turned down a mediation offer by US President Donald Trump.

Some 150 soldiers were involved in the face-off, the Press Trust of India reported.

The “stand-off” on Saturday at Naku La sector near the 15,000-feet (4,572-metre) Nathu La crossing in the northeastern state of Sikkim — which borders Bhutan, Nepal and China — was later resolved after “dialogue and interaction” at a local level, Hooda said.

“Temporary and short duration face-offs between border-guarding troops do occur as boundaries are not resolved,” he added.

Hundreds of Indian and Chinese troops are involved in the latest face-off concentrated in India’s Ladakh region just opposite Tibet.

The two countries have several disputes along their 3,500-kilometre (2,175-mile) border. They fought a frontier war in 1962 and there have been regular spats, though no shot has been fired since the 1970s.

China is fortifying its intrusion into India's Ladakh by building new roads & bringing in heavy artillery & tanks and has stationed its fighter aircrafts nearby. Indian Army has taken defensive position and Modi is hiding.

The latest tensions blew up on May 9 when dozens of Chinese and Indian soldiers were injured in fistfights and stone-throwing in Sikkim state. Many Indian soldiers are still in hospital.

The main showdown is now in Ladakh centred around the Galwan valley which controls access to several strategic points on their Himalayan border.

The two sides have blamed each other but analysts say India’s building of new roads in the region may have been the fuse for the dispute.

Both sides have blamed each other and sent reinforcements and heavy equipment to the zone.

India’s ‘pride’ will not be hurt: Minister

“I want to assure the country that we will not let India’s pride be hurt in any circumstances,” the defence minister told the Aaj Tak television channel.

He referred to a similar 2017 showdown on the Doklam Plateau which he said was “very tense” but “we did not step back”.

“India has been following a clear policy of maintaining good relationship with neighbouring countries. It is not a new approach,” he added.

“At times, situations arise with China. It has happened before,” Singh said while insisting that India was striving to make sure “tension does not escalate”.

“Negotiations are ongoing between the two countries at the military and diplomatic levels,” he said.

A defence ministry on Sunday warned the Indian public about fake social media videos showing fighting on the border. “Currently no violence is happening. Differences are being addressed through interaction between military commanders,” a ministry statement insisted.

The US president this week tweeted an offer to mediate in what he called a “raging” dispute.

Singh said he spoke to US Defense Secretary Mark Esper on Friday to emphasise that India and China have mechanisms to resolve “problems” through talks at diplomatic and military levels.

China and India: A growing imbalance of strategic power?

This 20 day India-China flareup at Ladakh has been analysed in a far reaching piece by Prof. Sumit Ganguly and Manjit Pardesi, two US based scholars of Indian origin in a far reaching article, “Why should we worry about China and India border skirmishes” published by the leading US publication, Foreign Policy.

Indian origin scholars have argued that in 1988, when Gandhi and Deng met in Beijing then India and China were relatively comparable. Indian economy was then around US $ 297 billon versus China’s US $ 312 billion. Indian defence budget around US $ 10 billion was also comparable to Chinese spending of around US $11 billion. But since then, authors argue, while India has grown up economically, militarily and politically it has been left behind by China by a huge margin.

Ganguly and Pardesi argue that “the material balance of power between China and India has dramatically changed since then. At $13.6 trillion in 2018, China’s GDP is now more than five times India’s $2.7 trillion. Similarly, China spent $261.1 billion on defense expenditure in 2019, almost four times India’s total of $71.1 billion. While India has risen as an economy and a global power in the past three decades, its relative strength to China has in fact greatly declined”

Looking at the dynamics of current standoff, China has also heavily built-up infrastructure in Tibet to improve access to the Peoples Liberation Army (PLA). It has also fielded Type 15 light tanks designed for the mountainous regions.

China has developed its military power in a quantum leap vis-à-vis India in the twenty-first century. India possesses around 600 combat aircraft to China’s 1,700; it has only 14 submarines to the PLA Navy’s roughly 60; and it has 214 rocket artillery systems to China’s 1,550.

India is now unable to match China due to various reasons. India is not as cash rich and and therefore its gigantic budget of around US $71 billion pales into insignificance as compared to China’s defence spending of more than US $260 billion in 2018. Moreover, India’s defence acquisitions process is notoriously lazy, corrupt and politicised making things difficult. For instance it’s Rafael procurements, from France to bolster Indian Air Force (IAF) run decades behind schedule. After Pakistan Airforce (PAF) humbled Indian Airforce Modi had again complained that things would have been different if Rafael had bene timely inducted.

India also wants foreign arms producers to follow their “Made in India” idea which often complicates negotiations and results in costly delays and quality shortfalls.

Moreover, Indian Army consumes the lion’s share of defence budget and allocates it to fielding manpower-heavy World War II-style divisions, instead of funding modernization and expansion of the Navy and Air Force.

These problems are unlikely to be resolved in the near future. Therefore, it’s unrealistic for India to try to match China’s military power symmetrically.