India could lose key allies in 2018 amid political unrest 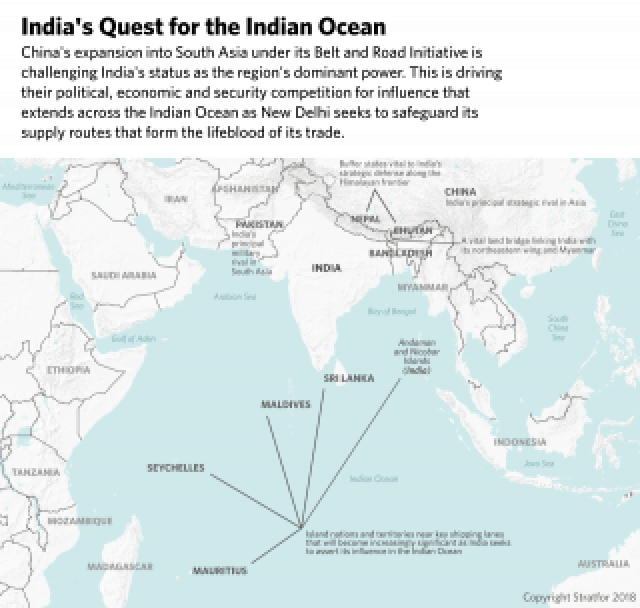 The South Block and Prime Ministers Office in New Delhi must anxiously count the nineteen days ahead as they spread the red carpet to receive Benjamin Netanyahu who will arrive on a historic visit on January 16, the first by an Israeli PM to India. According to reports, PM Modi is preparing to spend four full days with ‘Bibi’. But what if Bibi doesn’t show up? It all depends on Israel Police.

No, this is not about Hezbollah. The Jerusalem Post newspaper reported on Monday that Israel Police’s recommendations on Bibi’s corruption cases are going to be announced in the “coming weeks”. A former advisor to Israel Police said that the recommendations will be “earth shattering” and will lead to the fall of Bibi’s government.

Including 24-hour electricity for all islands and sewerage systems to 37 islands; clean water projects have been completed in 136 islands. 42 mosques and 774 new classrooms have been built.

Israel has a tradition of the prime minister leaving office and being led straight to the prison. Bibi’s ultimate fate will be known when Attorney General Avichai Mandelblit takes a view on the Police recommendations. But the night of the long knives is beginning, as rival politicians in the ruling coalition weigh options. One thing is for sure: Bibi will only leave office kicking and screaming. His controversial Hanukkah speech on December 19 is his opening shot.

Read more: Why back-channel diplomacy between Pakistan and India has no future

When foreign policy gets personalized, there is always high risk. Israel is not the only friendly country where Indian diplomacy faces delicate political transition next year. Bhutan is transitioning in October 2018 when elections to the parliament are due. According to Ambassador P. Stobdan, the coming elections “will be fought on pro-versus anti-Indian slogans.” Shades of Doklam!

A similar piquant situation will arise in Bangladesh where parliamentary elections are to take place latest by January 28, 2019, but might be held next year. PM Sheikh Hasina’s political fate is hanging in the balance. Actually, she has done brilliantly. The economy grew by 7% in 2016 (without even changing the methodology of calculation), which has not only been the fastest rate in the past thirty years but also is the culmination of a sustained GDP growth trajectory coasting above 6% for the sixth year running.

Finally, 2018 will be a crucial year for Modi government’s ‘neighbourhood diplomacy’. Will PM be able to visit the Maldives before the 2019 poll, finally? It all hinges on the outcome of the presidential election in that country.

So, where lies the problem? The well-known journalist Jyoti Malhotra recently visited Dhaka and in an insightful piece explored the strong undercurrents of antipathy toward the government due to Sheikh Hasina’s authoritarian rule. What happens if the opposition BNP, which has been kept out of political mainstream through strong-arm methods bordering on state coercion, storms into power? Does it serve India’s long-term interests to identify with an authoritarian ruler? Bangladesh has a violent political history.

Of course, when it comes to Pakistani elections next July, India can take a stoical view. But their outcome will significantly impact Indian interests. The contest will likely narrow down to Nawaz Sharif and Imran Khan. Sharif is a time-tested interlocutor, while Imran Khan is a scud missile with unpredictable trajectory. At any rate, it is unlikely that the bilateral ties will improve until the 2019 poll in India gets over when there will be no more compulsions to be rhetorical or to keep adrenaline flowing in order to change the narrative in Indian politics.

Read more: India isolated by One Belt One Road Initiative

But the good part is that with its hands full on the western border with President Trump holding out threats, Pakistan will not want to escalate tensions on its eastern border. It will not be in India’s interests to be Trump’s poodle, either. On the other hand, there is the ‘known unknown’: What about the upheaval in J&K?.

A similar piquant situation will arise in Bangladesh where parliamentary elections are to take place latest by January 28, 2019, but might be held next year. PM Sheikh Hasina’s political fate is hanging in the balance.

Finally, 2018 will be a crucial year for Modi government’s ‘neighbourhood diplomacy’. Will PM be able to visit the Maldives before the 2019 poll, finally? It all hinges on the outcome of the presidential election in that country. President Abdulla Yameen is a serious contenderr. We demonize him, but the fact remains that he’s done rather surprisingly well in power – like Sheikh Hasina.

Under Yameen’s presidency, the government completed 1800 development projects – an average of nine per each inhabited island – including 24-hour electricity for all islands and sewerage systems to 37 islands; clean water projects have been completed in 136 islands. 42 mosques and 774 new classrooms have been built. It seems the longstanding problem of garbage dumps in Male has been recently resolved, too, with the privatization of waste management. Of course, there are authoritarian tendencies in Maldives, soaring corruption and a bitter political polarization. But then, so is the case with Bangladesh – or India.

The richest yet the least influential dead man

US man walks 20 miles for first day of work, gets big reward