India emboldened by US retrenchment

Right on the heels of leveraging the declining US influence, India’s gambit—amid the Covid-19 crisis—is posing a disproportionate existential security challenge to Pakistan. 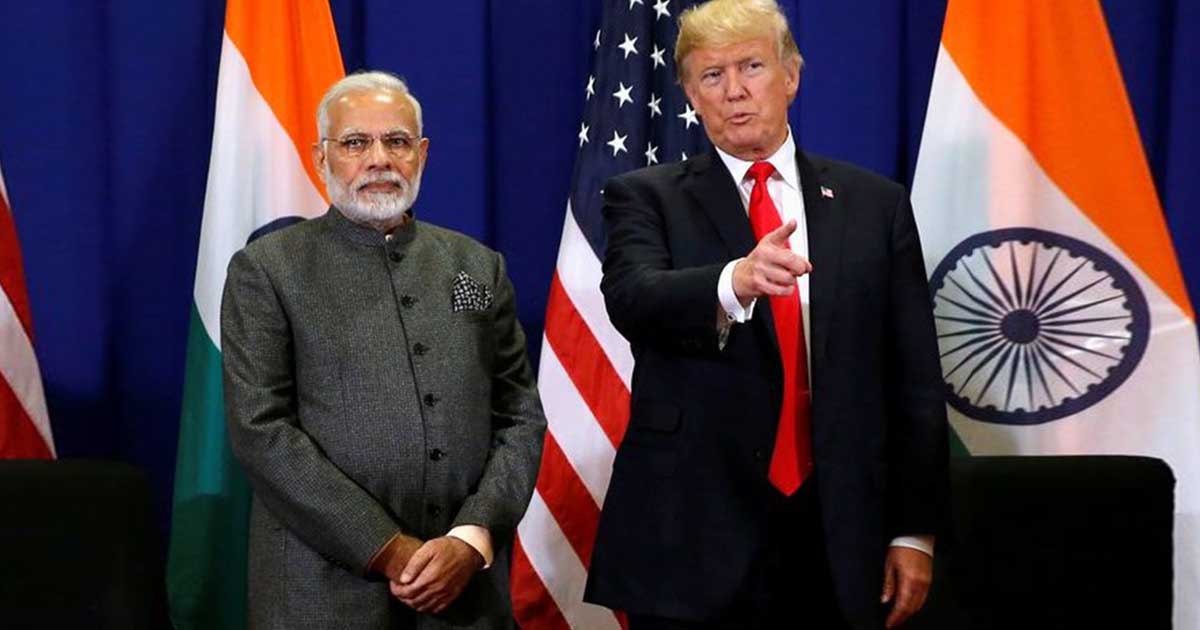 India’s growing provocative posture towards Pakistan and its threat of pinning the Pakistan army for “maintaining peace”, is a reflection in large measure of the strategically permissive environment Delhi finds itself in.

The environment is the result of the US near absent leadership. It’s pursuing a strategy of disengagement from South Asia. The potential for India to benefit from this environment has not been properly understood by South Asian analysts. In this enabling environment, the power is shifting to the Indian side of the ledger perhaps permanently.

The US’s inward-looking approach and its impotence as a balancer in South Asia are weaving the contours of a new geopolitical reordering. The US leadership has diminished by a large part. This gives an opportunity to India to pretend to fill in the leadership vacuum but actually asserting an enhanced level of aggressive posture towards smaller countries like Pakistan in particular.

Read more: COVID-19 will alter the geopolitics in the region

Repercussions of US exit from South Asia

For Islamabad, this retrenchment of the US role has caused considerable disadvantage: it has to face a renewed set of escalation at many levels both in kinetic and non-kinetic domains.

The first instance is the unprecedented rise in ceasefire violations on LOC amid the coronavirus crisis with India deploying 155 mm artillery. The tone and toner of the Indian leadership suggested a “new normal” in its behaviour threatening Pakistan at the highest level.

It was no other than the India’s Army Chief  General MM Naravane who pointed fingers at Pakistan Army: “The responsibility of maintaining peace, the onus is on Pakistan,”. This bellicose rhetoric preceded the earlier announcement of the Pakistan Army saying it retaliated with equivalent calibre artillery to the Indian Army’s CFVs in Kashmir—both sides deploying 155mm artillery— an escalatory measure.

After a very heated round of Indian aggression on LOC, a false flag-ops of Gurudwara attack in Kabul was conducted, whereby a systematic anti-Pakistan narrative was built. It had the following objectives:

Firstly, Islamabad was framed as the sponsor of this attack to wedge factionalism between Sikh/Hindu minorities and other communities. However, it was actually meant to make Sikh community unsafe in Afghanistan to justify the need of a CAA legislation in India.

Secondly, it was used to bolster anti-Pakistan sentiments in Afghanistan; presenting ISKP head Aslam Farooqi as the mastermind of the Gurdwara attack. The sole objective was to establish as if Pakistan was behind the ISKP proxy. In reality he came straight out of RAW’s Ajit Doval’s tool kit.

Thirdly, Pakistan’s internal fault-lines were manipulated when Covid-19 was weaponized to establish causation by blaming Tablighi Jamaat both in Pakistan and India, on one hand, and Shia Zahireen, on the other. And even worse, Islamabad was accused of deliberately spreading the Covid-19 in AJK. Equally, India’s media linked with its deep state blamed a Pakistani national who allegedly brought the Covid-19 to India through the Nepal border.

Lastly, India is running influence operations around the world to lobby against Pakistan. In the latest instance, the Indian Spy agency (RAW)’s operation to influence Canadian politicians against Pakistan was exposed. “Among the allegations brought on against the RAW’s operative by Canadian authorities, one of his assigned tasks was “to convince politicians that funding from Canada was being sent to Pakistan to support terrorism.”

India provided space to be aggressive

The sad part is that the US and European leaders have uninspiring records of accepting the political narrative of India. These narratives are characterised by the rising trend of extremism, radicalisation and xenophobic tendencies. These are reflected in its policy towards Pakistan and in treatment of minorities since the Modi government took over. Right on the heels of leveraging the declining US influence, India’s gambit—amid the Covid-19 crisis—is posing a disproportionate existential security challenge to Pakistan.

Read more: Is India losing friends due to anti-Muslim policies?

The gradual disruption caused by the declining geopolitical leadership of the US in South Asia provides an opportunity to Delhi. It can now be aggressive towards its own minorities and smaller countries of the region. Ultimately leading towards permanent instability in the region.

Consequent upon India’s growing aggressiveness correlated by declining US influence, Pakistan’s policymakers are feeling the heat from hawks that their policy of peaceful engagement with India has failed. Their desire for bilateral or multilateral engagement with India is equivalent of appeasement of Delhi’s genocidal Kashmir policy. And that policy of people-to-people contacts like the opening of Kartarpur Corridor is not working.

Pakistan’s Army Chief Gen Qamar Bajwa’s famous doctrine of responding politically to Indian annexation and subsequent plan for demographic changes in IOK— preceded by permanently rolling back non-state actors—has been reciprocated by more aggression and proxy wars by the Indian side. India has rather invested in fault lines by means of its sophisticated warfare.

The US pullback from its 20th-century foreign policy tenet of keeping the balance of power in South Asia has particularly exacerbated the NS policy dilemma for Pakistan.

Though Islamabad has to neutralise India’s new gambit, a, it has no space left for any kinetic option; b, cut by 1000 hurt strategy disbanded and discarded long ago, i.e, under the post 9/11 world imperatives; c, political, cyber, sub-conventional—short of war— are available options but weak enough to deter India; d, going high tech smart defence is costly and time-consuming in the short and medium terms; and e, clout in security, FP, deterrence gadgets only come with big economic size which is not plausible at this juncture.

As the US has retrenched and accorded real or perceived role to India as a net security provider, for now, the only choice Pakistan has is the deployment of hybrid warfare. But only long term super marshal plans in security and economy can provide insurance of stability in the region. Pakistan’s policy elite needs a long term vision to ensure deterrence aligned with the need for ever-increasing threat landscape.

Read more: These actions show India is jealous of China

Given the emerging geopolitical order in South Asia characterised by increasingly declining US leadership and influence, and expanding Indian assertiveness within and towards Pakistan, a potential catastrophe is not far-fetched. Any escalation may result in a major push to tip the whole region over the brink.

Alas! for now, the constituency advocating peace and engagement with India, is fast shrinking in Pakistan — owing to India’s new level of aggression amid the Covid-19 crisis — coinciding with war clouds gathering over the horizon of South Asia.

Jan Achakzai is a geopolitical analyst, a politician from Balochistan, and ex-adviser to the Balochistan Government on media and strategic communication. He remained associated with BBC World Service. He is also Chairman of Centre for Geo-Politics & Balochistan. The views expressed in this article are the author’s own and do not necessarily reflect the editorial policy of Global Village Space.

BrahMos at Pakistani border: Another false flag attack in making