The accusations against Tableeghi Jamaat are unfounded but the narrative of Indian media has strongly imprinted in the mind of naïve Indians who believe Muslims are responsible for the ravages of coronavirus India is undergoing. 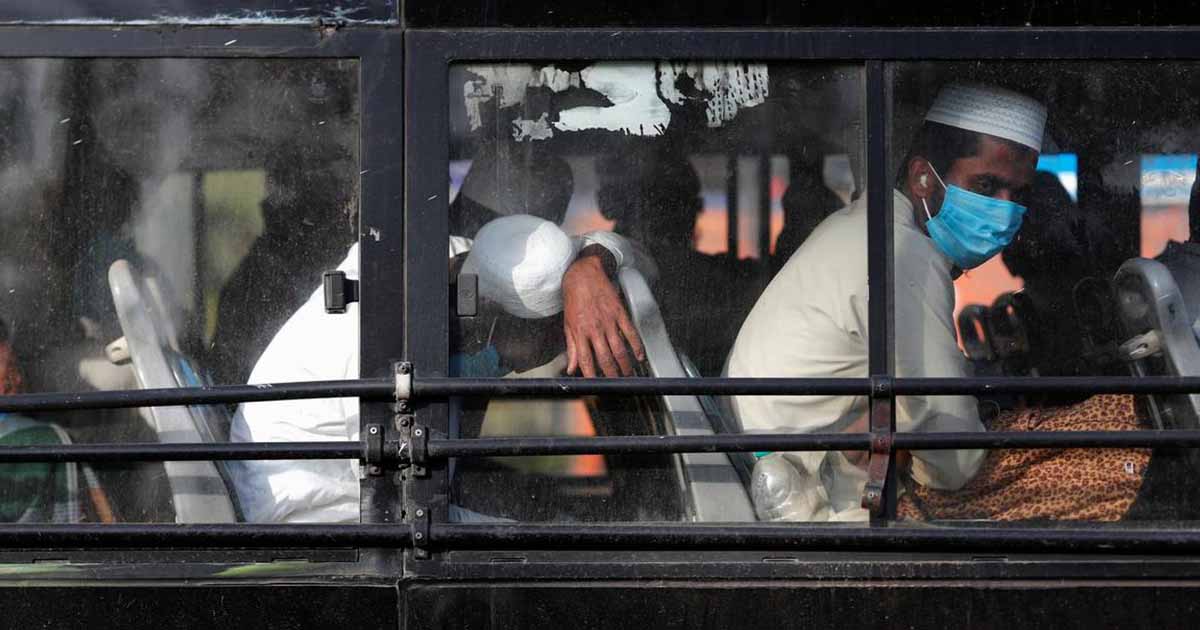 While the world vouches for humanity to win the battle against deadly coronavirus pandemic, Indian media and publications are utilizing this outbreak as an opportunity to demonize Muslims further.

The opportunistic Indian media is catalyzing anti-Muslims sentiments in a country marred with rampant religious intolerance and persecution of Muslims. The leading Indian media channels and publications have successfully built a narrative accusing the participants of a Muslim missionary group, Tableeghi Jamaat’s annual conference in New Delhi in March for the spread of coronavirus in the country.

A fitting tribute to this wonderful article is if @RizwanAhmad1 or anyone extended it beyond written word to examine affect & visual regime news tv & press aimed to generate to play politics of enmity against Muslims @scroll_in #COVID2019 #TablighiJamat https://t.co/6NoKC847w2

The accusations against Tableeghi Jamaat are unfounded but the narrative of Indian media has strongly imprinted in the mind of naive Indians who believe Muslims are responsible for the ravages of coronavirus India is undergoing.

One of India’s digital publication noted the dual reporting of Indian media on the pilgrims of three different religions that were stuck and stranded when Prime Minister Narendra Modi announced an abrupt nationwide lockdown on March 24th.

👉I write about manipulation of LANGUAGE to target Muslims in India.
👇 How vocabulary was weaponised to target Indian Muslims after the Tablighi Jamat event.
https://t.co/Wy5ctjezmI via @scroll_in@Qustudents @QatarUniversity @QU_President @QUactivities

The suspension of transport services across India left Muslims, Hindu and Sikh worshippers stranded and were forced to take shelter at their worship places, where they were visiting.

With a brazen manipulation in the linguistics and language, Indian media described the 400 Hindu worshippers visiting Vaishno Devi Temple in Kashmir and nearly 200 Sikhs were stuck at a gurdwara in Delhi as stranded and stuck while Muslim devotees were described as ‘hiding’.

The word ‘hiding’ here connotes that Muslim devotees were somewhat dacoits who are hiding after a criminal activity and evading law.

The change in the words of the headlines describing three similar incidents reflects the bias and bigotry of Indian media towards India’s second-largest minority- Muslims.

The vilification of Muslims is not a new phenomenon in India but precariously it is becoming the new norm of the country. However, stoking the communal differences and supremacist ideology in the face of the looming crisis of financial upheaval and grave humanitarian crisis may hamper the security and stability of India when it needs unity to rise above the pandemic.

A few analysts in India believe a very few outlets are trailblazers of truth and investigation while a vast majority is spearheading vicious agendas of BJP against minorities. Now, this time, Indian media is waging jihad against Muslims.

Indian media is becoming an accomplice to Islamophobes manipulating the worsening crisis of coronavirus pandemic to stoke anti-Muslim sentiments in India. A few days ago, Islamophobic hashtags like #CoronaJihad circulated on Indian social media.

The sensitive atmosphere for Muslims worsened after Indian authorities had linked dozens of cases of COVID-19 to a Muslim missionary group that held its annual conference in New Delhi in early March.

The hashtag, ‘CoronaJihad’ appeared 300,000 times and potentially seen by 165 million people on Twitter.

Under the hashtag, several false videos of members of missionary groups were shared showing them misbehaving with Police. These fake videos were used to intensify anti-Muslim sentiments in India.