In occupied Kashmir, Indian troops in their fresh act of state terrorism, martyred two more Kashmiri youth in Pulwama district. The youth were killed by troops during a cordon and search operation at Bandzoo area of the district. 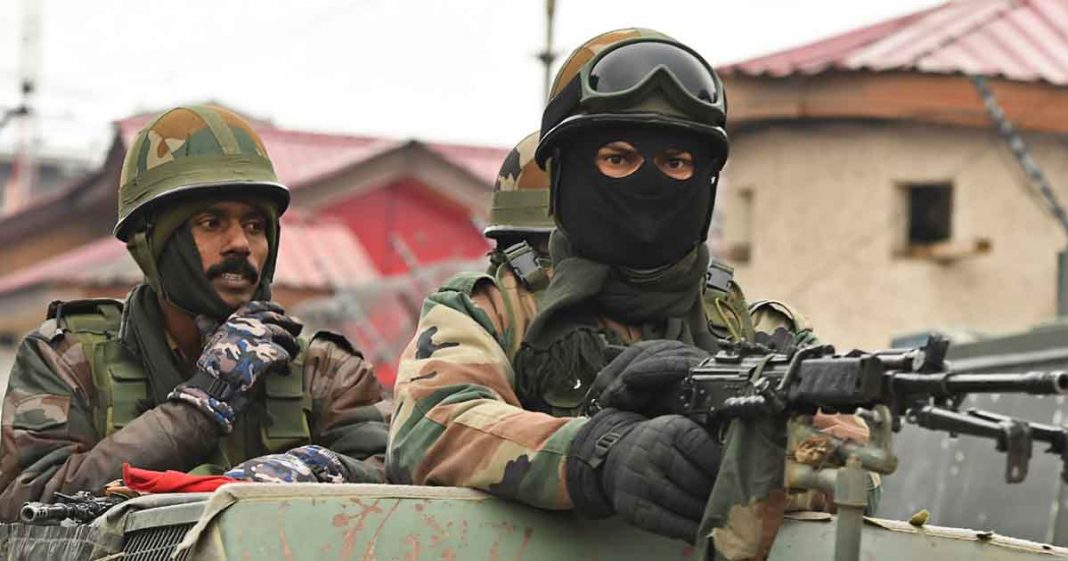 The youth were killed by troops during a cordon and search operation at Bandzoo area of the district.

Indian Occupied Jammu and Kashmir has been in turmoil since last August, when New Delhi revoked its semi-autonomous status and imposed a communications blackout that has not been fully lifted.

Earlier, an Indian central Reserve Police Force personnel was killed in an attack during operation in the same area. The operation continued till last reports came in.

The authorities blocked all entry and exit points of the area and also suspended mobile internet services.

The third Sunday in June is celebrated as the Father’s Day globally to recognize the contribution that fathers and father figures make to the lives of their children. This day celebrates fatherhood and male parenting.

In occupied Kashmir, hundreds of youth have lost their eyesight due to the firing of lethal pellets by Indian troops on peaceful protesters.

Thousands of Kashmiri children are facing psychological trauma because of losing their fathers in the custody of the Indian Army or because of illegal detention in Indian jails.

The unending India’s state terrorism over the past 31 years has rendered 107,792 children orphaned and 22,915 women widowed in the territory.

#OIC condemns the recent & alarming violence against Muslims in #India, resulting in the death & injury of innocent people & the arson and vandalism of mosques and Muslim-owned properties. It expresses its sincere condolences to the families of the victims of these heinous acts. pic.twitter.com/NQjKVoLgXQ— OIC (@OIC_OCI) February 27, 2020

The Organization of Islamic Cooperation (OIC) Contact Group on Jammu and Kashmir held an emergency meeting via videoconference on Monday to discuss the latest situation in the disputed territory.

The online meet on Kashmir brought together the foreign ministers of the Jammu And Kashmir Contact Group member states: Azerbaijan, Niger, Pakistan Saudi Arabia and Turkey, the OIC said in a statement.

“The meeting is part of a series of continuous Jammu And Kashmir Contact Group meetings to address the issue,” OIC Secretary-General Dr. Yousef Al-Othaimeen was quoted as saying.

The OIC, founded in 1967 and consists of 67 countries, is the collective voice of the Muslim world to ensure and safeguard their economic and political interests.

Kashmir is held by India and Pakistan in parts but claimed by both in full. A small sliver of the region is also controlled by China.

Pak-China cooperation strong at OBOR summit: What is India missing?

Key points from the Group of 20