The hard-earned trust that Russia and India recently regained over the past year following their nearly three-decade-long lull after the end of the Old Cold War is now endangered by none other than New Delhi's own irresponsible actions, 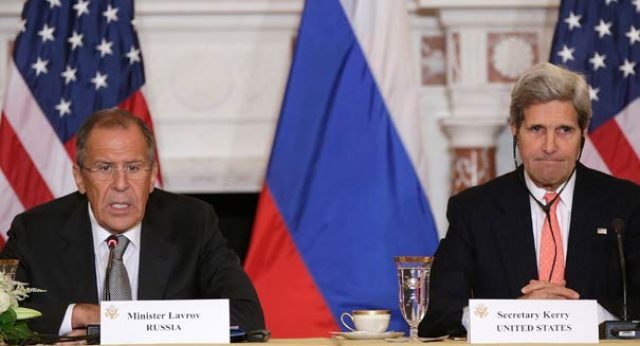 Indian media is aggressively propagating the fake news narrative that China allegedly laid official claim to both Vladivostok and half of Russia’s CSTO mutual defense ally Tajikistan, but this is factually false reporting based solely on the internet posts of private Chinese citizens and not anything that their formal representatives ever said. India and Russia

Yet it’s nevertheless being deliberately misportrayed by New Delhi’s Research & Analysis Wing (RAW) intelligence service as part of its active attempt to drive a wedge between Moscow and Beijing by parroting the theme of Washington’s anti-Chinese accusations.

India’s Research & Analysis Wing (RAW) intelligence service, their version of the CIA and Mossad, has been real sloppy ever since this summer’s Galwan Incident with China. Like all spy agencies the world over, part of their duties involve information warfare, yet their form has been surprisingly amateurish over the past month.

This suggests that RAW is rattled to its core after that clash and is overreacting out of desperation after having lost both its morale and internal balance following that event, which was completely unexpected for them despite having been long predicted by the author since 2017.

The India Infowar On Russia

To explain, it’s obvious that RAW is behind Indian media’s aggressive propagation of the fake news narrative that China supposedly laid official claim to both Vladivostok and half of Russia’s CSTO mutual defense ally Tajikistan, which the agency seemingly believes will serve to drive a wedge between its nominal BRICS and SCO “partners”, perhaps even at its new American patron’s behest.

The problem, however, that these accusations are factually false and based solely on the internet posts of private Chinese citizens and not anything that their formal representatives ever said. In other words, they’re trying to make a scandal out of social media chatter.

No halfway decent intelligence agency, let alone the primary one of an aspiring Great Power such as India, would ever resort to such basic measures because they’re easily debunked and therefore self-discrediting.

Although India’s media environment is officially “free”, it’s well known that the ruling BJP Hindutva nationalists exert dominant influence over it, which is why one can credibly suspect the state — and more specifically, its RAW intelligence service — of being behind the massive amount of attention and traction that this fake newshas received. Private companies simply wouldn’t risk destroying their reputations like this for no reason.

It’s surprising to see RAW do this since even the most elementary observer of this “multipolar” triangle realizes just how needless this shoddy operation is. India already enjoys excellent relations with Russia that reached an altogether unprecedented level of strategic importance over the past year, so much so that the author even cautioned last November that “Improved Russian-Chinese Ties Must Be Balanced With Improved Russian-Chinese Ones” in order to avoid inadvertently triggering a “strategic security dilemma” with Beijing.

If anything, Russia leans a closer towards India than towards China, though it doesn’t seek to do so at the latter’s expense.

The Russian-Indian Strategic Partnership is very promising and even holds the exciting potential of having game-changing implications in the New Cold War. The author published a joint academic article in May at the official journal of the prestigious Moscow State Institute of International Relations (MGIMO), which is run by Russia’s Ministry of Foreign Affairs, about “The Prospects Of Russia And India Jointly Leading A New Non-Aligned Movement“. This was followed up last month by an analysis at the Valdai Club, one of Russia’s top think tanks, about how Russia can perfect its balancing act between China and India.

India therefore has no objective reason to worry about the future of its relations with Russia, yet RAW suddenly seems to think that bilateral ties are somehow threatened in the aftermath of the Galwan Incident. Hence the commencement of its sloppy infowar on Russia regarding fake Chinese territorial claims over Vladivostok and half the territory of Moscow’s CSTO mutual defense ally Tajikistan.

Suffice to say, such efforts to drive a wedge between those two neighboring countries are bound to fail, and if anything, they might even serve to be very counterproductive for Russian-Indian relations and result in a so-called “self-fulfilling prophecy”.

What’s being implied is that Russia clearly knows that China harbors no official territorial claims over its or Tajikistan’s territory, meaning that Moscow must naturally assess New Delhi’s latest fake news infowar narrative as a form of divide-and-rule meddling, one that’s possibly managed by Washington.

The hard-earned trust that Russia and India recently regained over the past year following their nearly three-decade-long lull after the end of the Old Cold War is now endangered by none other than New Delhi’s own irresponsible actions, not anything that Beijing did like RAW so ridiculously feared would happen after the Galwan Incident.

Extrapolating upon this, either RAW was so rattled after that clash with China that it lost all of its prior professionalism and is no longer capable of realizing just how self-discrediting and therefore counterproductive it is to meddle in Russian-Chinese relations through the propagation of such easily debunked fake news narratives, or India made a cost-benefit analysis and concluded that it’s in its interests to do its new American patron’s bidding by waging this infowar on its two “multipolar partners”.

It could very well be a combination of both — India agreed to be America’s proxy but also underestimated the blowback to its relations with Russia.

Just like with Belarus real recently, India also seems to have thought that it could “balance” between East and West, but this is an extremely tricky act to pull off and more often than not fails. Sooner rather than later, the self-styled “balancer” is compelled to choose a side, which then destabilizes the whole situation for everyone except for the US. Even Russia is struggling to maintain its “balancing” act between India and China per the author’s earlier cited works. If India continues to meddle in Russian-Chinese ties, whether as a misguided “balancing” tactic or on behalf of the US, then India can kiss its strategic partnership with Russia goodbye.

Andrew Korybko is a political analyst, radio host, and regular contributor to several online outlets. He specializes in Russian affairs and geopolitics, specifically the US strategy in Eurasia. The views expressed in this article are the authors own and do not necessarily reflect the editorial policy of Global Village Space.

The Politics of the CPEC: Is Punjab being favored?