Most observers at the time regarded India's de-facto annexation of Jammu & Kashmir on 5 August 2019 as being a defining moment for either India's internal affairs or Indian-Pakistani relations, but in reality it was a defining one for Indo-Sino relations since it directly led to the recent Galwan Incident 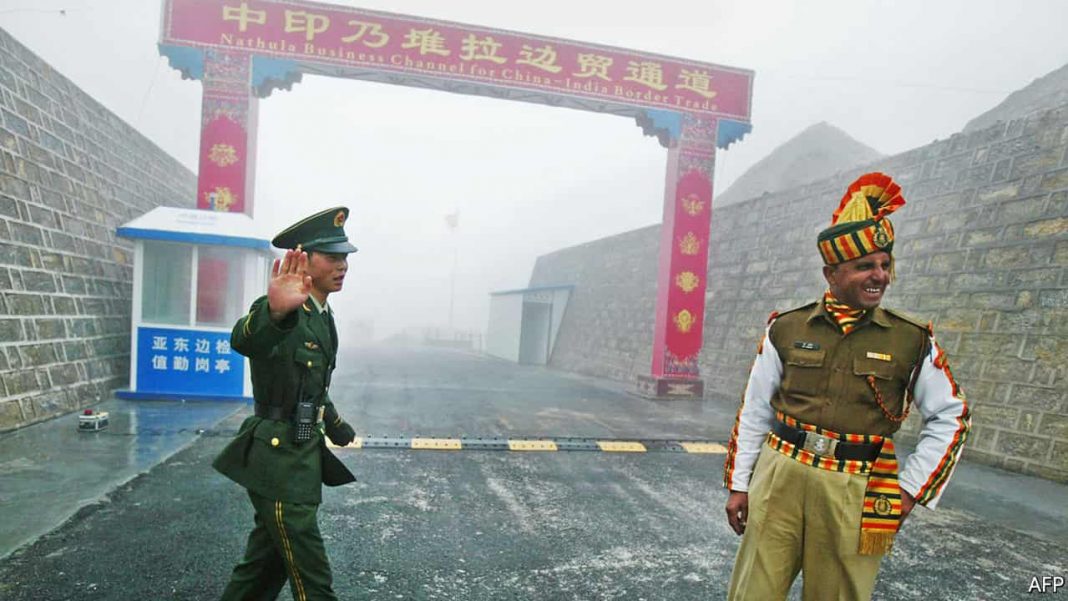 Most observers at the time regarded India’s de-facto annexation of Jammu & Kashmir on 5 August 2019 as being a defining moment for either India’s internal affairs or Indian-Pakistani relations, but in reality it was a defining one for Indo-Sino relations since it directly led to the recent Galwan Incident, the geopolitical reverberations of which are poised to spread all throughout Eurasia and greatly influence the course of the New Cold War.o

A Dark Day For Indo-Sino Relations

5 August marks a full year since India’s de-facto annexation of the UNSC-recognized disputed region of Jammu & Kashmir. As the author analyzed at the time, “India’s Doing Everything That Israel Wishes It Could Do, But Few Seems To Care“. Not only did India blatantly violate international law, but it would have gotten away with it scot-free had China not taken notice of this unprecedented threat along its western border and responded accordingly.

The People’s Republic took the issue to the UNSC, and while it wasn’t successful in reaching a resolution demanding that New Delhi reverse its decision, Beijing nevertheless made its views known to the rest of the world that it regarded this move as completely unacceptable.

Even so, most observers at the time considered the de-facto annexation as a defining moment for either India’s internal affairs or Indian-Pakistani relations, with few realizing that this was actually a defining one for Indo-Sino relations that directly led to the recent Galwan Incident, the geopolitical reverberations of which are poised to spread all throughout Eurasia and greatly influence the course of the New Cold War.

To explain, China is also party to the Kashmir Conflict by virtue of the fact that it’s controlled Aksai Chin since the end of its brief border war with India in 1962. This sparsely populated region used to be part of the princely state of Jammu & Kashmir, hence why India reaffirmed its claims over it shortly after the de-facto annexation and subsequent “bifurcation” (partition) of what New Delhi previously regarded as the “state” of Jammu & Kashmir.

That aggressive proclamation by Home Minister Amit Shah worsened the preexisting security dilemma between India and China that had been steadily heating up since the South Asian state decided to unofficially pivot towards the US in recent years in pursuit of their shared grand strategic goal of “containing” the People’s Republic.

From Beijing’s perspective, Shah’s reaffirmation of India’s claims to Aksai Chin were very threatening when viewed against the backdrop of that country’s pro-American pivot and the US’ ongoing Hybrid War on China since it laid the pseudo-“legal” basis for the dark scenario of a joint Indian-American military adventure one day against that disputed region presently under China’s control.

The Point Of No Return – Indo-Sino Tensions

In response, China began to view India’s efforts to improve its military logistics network in Occupied Kashmir as a threat to its own territorial integrity, not just its close Pakistani partner’s like before. The author wrote more about this in his piece for Pakistan’s Express Tribune last month about how “The India-China Galwan Incident Was Not Sparked By CPEC” unlike many Pakistani observers thought.

China didn’t respond to India’s military movements near the Line of Actual Control (LAC) in early May because they threatened Pakistan, but because they hinted at a desire to threaten Aksai Chin. The resultant clash and subsequent decision to mutually disengage a short time later ruined any realistic possibility of these two “fellow” BRICS and SCO “partners” returning to meaningfully strategic relations anytime in the foreseeable future, which the author elaborated upon in his piece titled “Here’s What Can Be Learned From The Indo-Sino Disengagement“.

To summarize, India now has the public pretext to accelerate its pro-American pivot and play a leading role in its new patron’s hemispheric efforts to “contain” China in the New Cold War.

Read More: Why de-escalation with India is in China’s interest?

Russia To The Rescue?

India’s geopolitical pivot was seemingly inevitable in hindsight like the author first argued over four years ago in a two–part article series for The Duran in May 2016 and then a follow-up multi-part one for Command Eleven a little over a year later, but it wasn’t until New Delhi de-facto annexed Kashmir and subsequently reaffirmed its claims to Aksai Chin that it set itself on the irreversible collision course with China that ultimately led to the Galwan Incident.

It’s unclear whether India was even consciously aware that its unprecedented actions at the time would lead to that outcome, but that’s what ended up happening regardless of its intentions. The die has thus been cast and the resultant Indo-Sino Cold War is poised to become just as consequential of a component of the New Cold War as the erstwhile Soviet-Sino one was for the Old Cold War.

Just like with its predecessor, this intra-Eurasian split will be exploited by the US to advance its divide-and-rule grand strategic designs in the Eastern Hemisphere, though Russia might still ensure that Eurasia remains united so long as the “balancing” act between its two Asian strategic partners succeeds in bridging the American-exacerbated divide between them.

Andrew Korybko is a political analyst, radio host, and regular contributor to several online outlets. He specializes in Russian affairs and geopolitics, specifically the US strategy in Eurasia. The views expressed in this article are the author’s own and do not necessarily reflect the editorial policy of Global Village Space.

All is not well in Xi’s China

Trump’s trade war has “not made America great again”: China