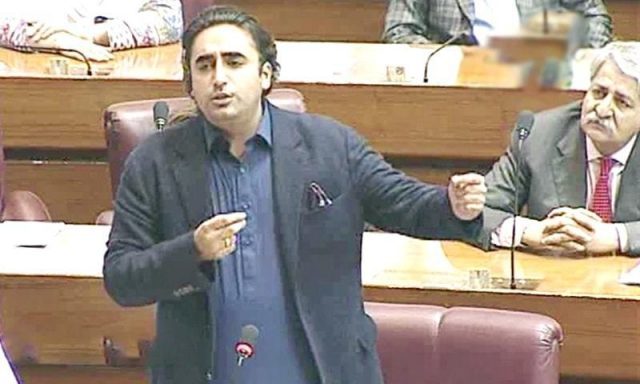 The caretaker interior minister Mohammad Azam Khan said on Sunday that the rift within Muttahida Qaumi Movement (MQM) can lead to clashes in Karachi during the general election. He feared that if not addressed carefully, expected clashes between the groups will disrupt the peace in the city.

The caretaker set-up in Karachi is expected to take into account all these aspects of the groups working in Karachi to provide Karachities a safe political environment at the day of polls.

“Although there is peace in the metropolis right now, the split within MQM could lead to clashes,” the caretaker interior minister said while speaking to local TV channel.

Some politicians were supposedly passing some personal remarks. To address such politicians the minster said “politicians should refrain from personal attacks against each other.”

Stating that the election process across the country will be monitored from a control room in Islamabad, the caretaker interior minister said, “Some districts of Balochistan and Khyber Pakhtunkhwa are sensitive.”

Azam further said, “We will hold a meeting through National Counter Terrorism Authority (NACTA) with heads of political parties on the code of conduct for the election.”

There have been good and bad days for the MQM and its leader Altaf Hussain throughout their political journey. But things become quite unmanageable when in 2016 Altaf Hussain made an anti-Pakistan speech. “Pakistan is cancer for entire world,” he said. “Pakistan is headache for the entire world. Pakistan is the epicenter of terrorism for the entire world. Who says long live Pakistan…it’s down with Pakistan,” Altaf had stated.  Right after his speech, the MQM got divided into MQM-Pakistan and MQM-London.

Some politicians were supposedly passing some personal remarks. To address such politicians the minster said “politicians should refrain from personal attacks against each other.”

Farooq Sattar was made the head of the MQM-P who just after a few months developed differences with other senior leaders of the party. Things remained odd, Sattar offered his resignation several times, but the MQM-P could not get assembled.

Later on, a petition was filed before the Election Commission of Pakistan (ECP) to remove Sattar as party chief. Khalid Maqbool was backed by many other leaders to be upgraded as the party convener. The ECP gave its verdict and removed Sattar. Mr. Sattar went to the Islamabad High Court but the decision of the ECP remained unchanged. Now the party has been divided into to two poles. One is led by Farooq Sattar and the major one is being headed by Dr. Khalid Maqbool.

Just a few days ago, MQM-P leader Dr. Farooq Sattar requested his party leaders to withdraw his nomination papers and let him run the election campaign.

Sattar said he didn’t approach Bahadurabad office to seek party ticket but the MQM-P had issued him the ticket despite his refusal. “I want to take some rest. I’ll serve the nation and the people of Karachi. But this time, I need some rest,” said Farooq Sattar.

However, the party has rejected his request and he has been asked to contest the upcoming general elections.

The caretaker minister’s fear of clashes between the groups within the MQM-P and between MQM-P and MQM-L are not without any reason. These groups enjoy both muscle power and ideological grounds to confront each other. The caretaker set-up in Karachi is expected to take into account all these aspects of the groups working in Karachi to provide Karachities a safe political environment at the day of polls.

Can India and Pakistan fight “Corona War” together?

86% people support PTI in 2023 elections in an online poll

India in no position to talk about minority rights violations anywhere: Pakistan