World Cries For Referendum In Kashmir Yet India Stays Oblivious

Modi's rise to power in India saw an unprecedented rise in extremism against minorities in India especially against Muslims and his actions in Kashmir are open acts of terrorism. Pakistan left no stone unturned in its efforts to internationalize the issue yet Indian atrocities continue. 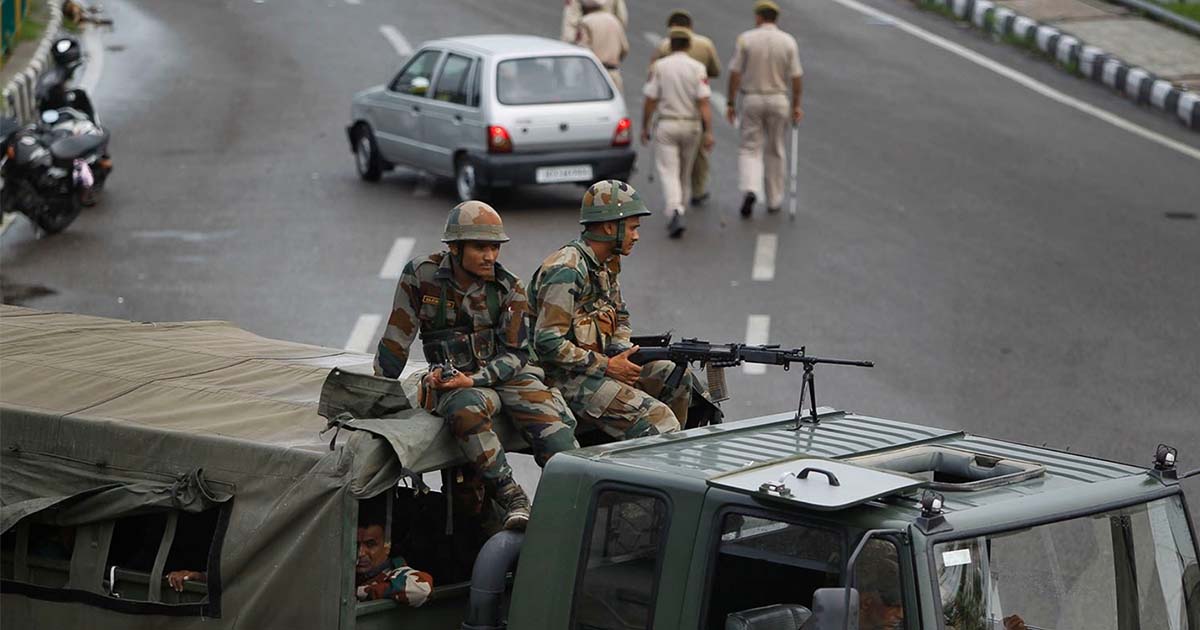 As the entire nation observed Black Day in support of the people of Indian held Kashmir. Prime Minister Imran Khan asked his Indian counterpart to hold a referendum in the occupied valley to ascertain whether the people agreed on the status of the region for the so-called welfare of Kashmir. National and international analyses are of the view that Indian Held Kashmir (IHK) is passing through a difficult time because of Narendra Modi’s refusal to accept their rights and his party’s anti-Muslim agenda. Modi government has launched a nationwide anti-Muslim agenda that regards Muslims as unpatriotic.

Sources of Kashmiris’ right to self-determination are UN Resolutions and their struggle is indigenous and sustained Indian oppression of the residents of IOK means Pakistan now needs to do little to keep Kashmir issue alive.

Modi seeks to tire out the Kashmiri resistance on the advice of a former intelligence chief Ajit Doval who is now national security adviser, This involves refusing to acknowledge the roots of the Jammu and Kashmir problem, treating it instead as a mere security issue that can be managed by giving the security forces a free hand.

The BJP is also determined to downplay the Indian-ness of the Taj Mahal, the 17-century Islamic architectural marvel

Towns, villages, and campuses across Kashmir seethe with hatred and bitterness at Modi’s anti-Muslim agenda. Mod’s government anti-Muslim propaganda is strengthened by the complete lockdown of IOK. Lack of facilities and the absence of political engagement has estranged Kashmiri people further.

India, yet again is distressingly trying to link the Kashmiris’ struggle for their right to self-determination with alleged Pakistan sponsored cross LoC terrorism. The world, nonetheless, has now seen through its false flag operations and disinformation tirades.

With one stroke of the pen, India’s Hindu extremist government one-sidedly changed the status of IOK, divided and made this Muslim-majority state part of its union territory, without taking into account the will of the Kashmiris and violating the United Nations resolutions and its bilateral agreements with Pakistan.

This illegal Indian bid to assimilate occupied Kashmir is an open act of war and it must be understood as such. Narendra Modi known as Butcher of Gujrat was registered among the top ten terrorists of the world whose entry to the USA remained banned for long for his terrorist activities against the minority Muslim population in Gujrat.

Read more: Kashmiris Came Out And Stood Up Against Modi’s European Friends’ Delegation

His crimes against humanity in the IOK where the Indian Army under his command is committing unparalleled ruthlessness in terms of mass murdering, mass blinding through pelleting, rapes, tortures, enforced disappearances, political repression and suppression of freedom of speech are also unforgivable.

The innocent Kashmiris are just demanding their genuine right of implementation of Resolutions of the United Nations Security Council. Now their voice is being silenced by bullets, inflicting all kinds of brutalities, complete lock-down of the valley, denying access to international media and human rights organization there.

PM Narendra Modi is an active member of RSS – A Terrorist organization, which is involved in the massacre of Muslims and other minorities in India and his own hands are stained with the blood of thousands of innocents Muslims and Christians who are the citizens of his own country and now he is replicating the same in Kashmir.

Mod’s government anti-Muslim propaganda is strengthened by complete lockdown of IHK. Lack of facilities and the absence of political engagement has estranged Kashmiri people further

Pakistan will continue to remain the voice of Kashmiris in all international forums especially the UN until justice is done and they are able to exercise their right to self-determination. Pakistan will never abandon the Kashmiris in their struggle to end the Indian occupation and demand the right of self-determination, in line with UN resolutions. Standing up and fighting for Kashmir is Pakistan’s moral duty and a national cause.

The world leaders should also show sharp clarity of mind, emotional belief, conviction and an unyielding commitment to stand up for Kashmir, come what may. The problem is that the US needs India to counterbalance China and manage its rise, and the US need its vast market to diversify their economies whereas the Kashmiris need their inalienable right to self-determination.

These mismatched patterns of interests need dexterous and superior diplomacy to resolve the issue, otherwise, they will also ruin the investment atmosphere and the lucrative market so much sought after, and wear away investment opportunities and profits for the US-led West and its allies.

If no solution of Kashmir dispute is found, the predictions of an Indo-Pak conventional-nuclear war, stalking in the background, will further complicate the situation, endangering the region and the world. Kashmir, a long-neglected but enduring dispute, now stands internationalized and revitalized, now it must be settled.

This Indian oppression, persistent as it is in its mercilessness, savagery and ferociousness, will inexorably induce a forceful response; a huge, widespread, homegrown, resistance movement, a vibrant and positive Kashmiri intifada. Such a struggle for the right to self-determination has the endorsement of international law and the Kashmiris are well within their rights to seek and receive outside assistance for it.

Modi’s focus on economic restructuring is actually disguising the more and more brazen and brutal harassment, in many cases, clear persecution of India’s Christian and Muslim minorities. Modi’s rise to power has gone hand in hand with growing Hindu intolerance of Christianity and Islam. Fanatic adherents of radical Hindu nationalism regard both faiths as foreign imports that do not belong to Indian soil.

The world leaders should also show sharp clarity of mind, emotional belief, conviction and an unyielding commitment to stand up for Kashmir, come what may.

Prejudice against Muslims and Christians is deeply ingrained in India. Contrary to the Indian constitution, Muslims and Christians are denied government benefits in the discrimination-marred Hindu society. Buddhists and Sikhs do receive benefits, including access to education and government employment, because their faiths, unlike Christianity and Islam, did originate in India.

For years, the nation’s Christian and Muslim leaders have been lobbying the government and the supreme court of India to grant Muslims and Christians their constitutional rights as a matter of social justice, but to no avail. Over the past years, chronic mistrust and disdain of Christianity and Islam have evolved into downright antagonism and aggression.

This is happening in the shape of mob violence at the grassroots but also at the level of state legislatures, in the form of discriminatory legislation. Muslims and Christians have no confidence in the Modi government as India has been divided on the basis of religious belief. India’s 200 million Muslims have been affected by efforts to ban the slaughter of cows.

Some Muslims have already been killed in mob violence, on suspicion of having eaten beef or slaughtered a cow. The BJP is also determined to downplay the Indian-ness of the Taj Mahal, the 17-century Islamic architectural marvel.

For Hindu nationalists, this jewel of India is a symbol of centuries of Muslim rule in the region. Prime Minister Modi has referred to that period as a time of slavery, similar to the British colonial period. Uttar Pradesh, India’s largest state, no longer features the Taj Mahal in its tourist brochure.

The time has come for the US and other Western nations to apply pressure on the Modi government. India must commit to taking concrete measures to rein in Hindu fanaticism and intolerance. It must guarantee and protect the human rights of all religious minorities, especially India’s Christians and Muslims.

Kanwar Dilshad, former Secretary to the Election Commission of Pakistan, worked in the constitutional institution for over 30 years. He is currently the chairperson for the National Democratic Foundation; foundation’s work is to grow and strengthen democracy in Pakistan. The views expressed in this article are author’s own and do not necessarily reflect the editorial policy of Global Village Space

Who is running Abu Bachao Movement? Bilawal takes a jibe at Khan