Is Government Trying To Negotiate With Maulana Fazlur Rehman?

The government is determined not to allow anybody to challenge the writ of the state. JUI-F’s militia ready to confront the law enforcement agencies. How will this situation evolve? Will Maulana reach an agreement with Imran Khan? 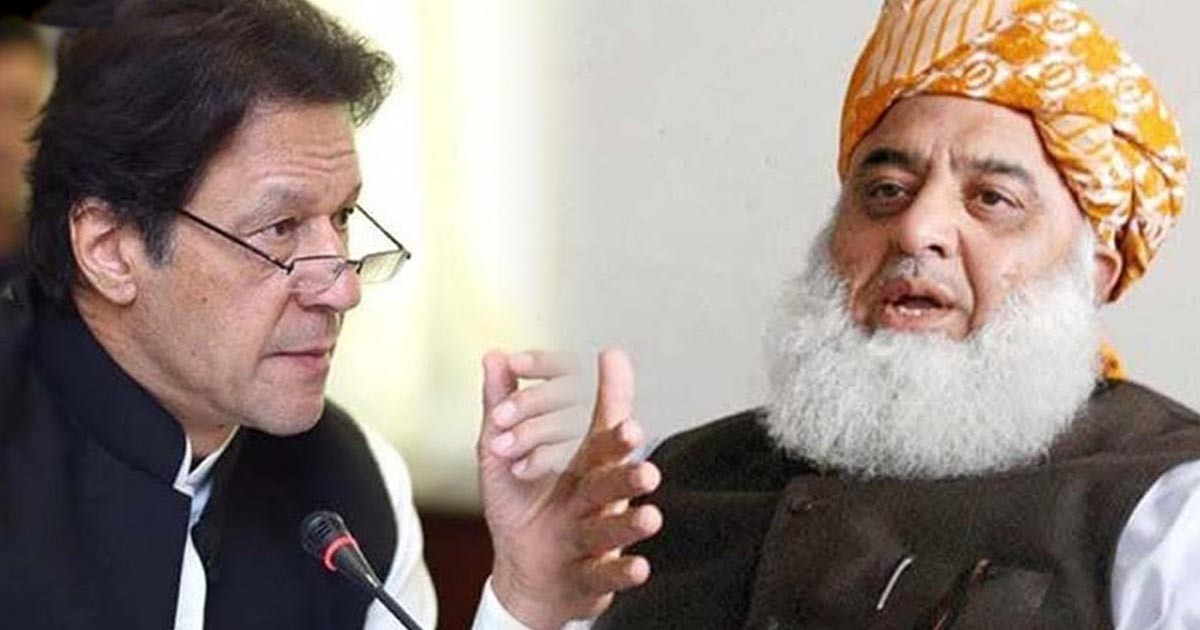 As Jamiat Ulema-e-Islam (JUI) chief Maulana Fazlur Rehman is all set to launch an anti-government campaign to topple it, the government has reportedly decided to initiate dialogue with the opposition. Some media reports claimed that the premier has directed the ministers and his close aides to ‘stay in touch’ with Maulana so that a peaceful settlement may take place without the use of force.

JUI-F is preparing to march towards Islamabad and sabotage the order by challenging the writ of the state. There are some photos circulating on social media suggesting that the party is ready to use violence when and as needed.

JUI-F activists in Peshawar prepare for Azadi March. These are scary images. What have we created in madrassas over the years… pic.twitter.com/txZY6aMTTl— Bilal Farooqi (@bilalfqi) October 13, 2019

The government, on the other hand, has repeatedly maintained that everyone has a right to protest but nobody is allowed to challenge the writ of the state. “During the cabinet meeting, the Prime Minister and his Ministers discussed in detail the option of a dialogue with the JUI-F chief and finally formed a committee to open dialogue with the religious cleric,” reported Pakistani Media.

The spokesman said the prime minister was of the view that the JUI-F chief was “toeing the line of the two main opposition parties” — Pakistan Muslim League-Nawaz (PML-N) and Pakistan Peoples’ Party (PPP).

However, Qadri said on Saturday that he had not been assigned the task for mediation. Later, the government also claimed the Prime Minister did not form a team for mediation and there was no plan to reach out to the JUI chief.

Political analysts believe that the government has nothing to offer to Maulana since the former is not willing to compromise on accountability drive under any circumstances and the latter is demanding the immediate resignation of the Prime Minister. The situation suggests that Maulana is likely to be dealt with iron hands since he is certain to use the students of religious seminaries for his vested political interests. But the use of violence may lead to unwanted situation. Therefore, the government is suggesting to Maulana not to resort to violence.

Defence Minister Pervez Khattak said Prime Minister Imran Khan had not formed any ministerial committee for talks with chief Maulana Fazlur Rehman. He rejected media reports and maintained that no such committee was formed as yet. “I don’t know who has informed Awami National Party leader Mian Iftikhar Hussain that the Prime Minister has set up a ministerial committee headed by me for the talks,” he said while speaking to reporters at a function.

The defence minister said nobody would be allowed to resort to violence and damage the properties. “We had staged a sit-in for 126 days but had not broken even a flowerpot,” he said and added that those talking of the Azadi March were threatening the integrity of the country.