Is Nawaz Sharif’s unstable health being used for political purposes?

Nawaz Sharif’s unstable health led to one more political debate on social media where the workers of the PML-N are demanding immediate release of their leader. Will it affect the court’s hearings in the future? 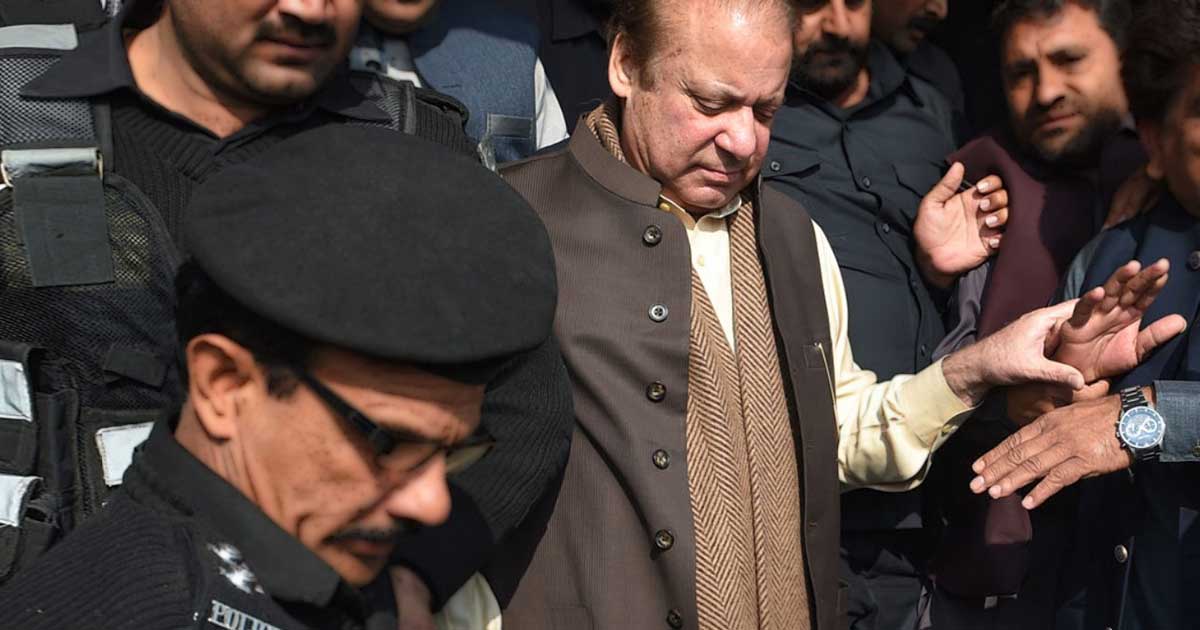 Nawaz Sharif, former premier and Pakistan Muslim League-Nawaz (PML-N) supreme leader, was shifted to the Services Hospital on Monday night after his health worsened. According to reliable sources, the former Premier was not well, therefore he was brought to the hospital for his medical check-up. However, sources, GVS spoke to in hospital, also claim that the reports of Nawaz’s health are exaggerated for political purpose. The opposition is putting pressure on the government and the NAB to offer both Nawaz and Asif Ali Zardari some concessions in corruption cases.

According to details, the PML-N workers reached the NAB office in Lahore and started protesting outside the main gate for the provision of better health facilities to the former premier. The also demanded immediate release of the former Premier.

At the hospital, the PML-N supremo was tested for dengue fever but the test returned negative.

On social media, the trend on the top was #releaseNawazSharif after the news of his health went viral. This prompted political commentators to look into the matter and determine if such emotional moments can be used to seek legal concessions.

Earlier in the day, PML-N President Shehbaz Sharif said that the government’s reluctance to shift the former premier to a hospital for medical care was the worst example of “political vengeance and insensitivity”. “If anything happens to Nawaz, we will blame Prime Minister Imran Khan for it,” he said.

Nawaz’s physician Dr Adnan Malik also said that his platelet count was critically low which could be due to multiple pathologies. “Former PM #NawazSharif is detected to have critically low Platelet Count (16*10^9/L) that could be due to multiple pathologies & requires immediate in-hospital care. I’ve requested the concerned authorities to act in urgency please,” he said.

Former PM #NawazSharif is detected to have critically low Platelet Count (16*10^9/L) that could be due to multiple pathologies & requires immediate in-hospital care.
I’ve requested the concerned authorities to act in urgency please. pic.twitter.com/hnaYHEAxkF

However, the National Accountability Bureau (NAB) issued a rebuttal to Dr. Adnan and said that his [Nawaz’s] condition was “under control” and dengue test results were negative.

In a press release issued by NAB Lahore following the former premier’s visit to the hospital, the accountability watchdog said that Nawaz’s platelets had decreased “allegedly due to provision of medicine which makes blood thin that was suggested by Dr Adnan Khan, who is his personal physician”.

The NAB requested media not to carry out baseless allegations against the bureau. “Therefore, the impression being given in media that NAB has not given him permission to see Nawaz Sharif is not correct and totally baseless. Media is requested to kindly avoid spreading speculations without consulting [NAB’s] spokesman,” the bureau clarified.

Some other doctors also believe that there may the case that the PML-N is these reports for political purpose. A doctor on pointed this out:

While speaking to GVS, he said that “thrombocytopenia is a condition in which you have a low blood platelet count. Platelets (thrombocytes) are colorless blood cells that help blood clot. Platelets stop bleeding by clumping and forming plugs in blood vessel injuries. Thrombocytopenia often occurs as a result of a separate disorder, such as leukemia or an immune system problem. Or it can be a side effect of taking certain medications. It affects both children and adults”.

He further explained that “platelets are produced in your bone marrow. If production is low, you may develop thrombocytopenia. Generally pathologist use EDTA VILE which have anticoagulant fluid in some cases of disease when we collect samples in this vile this fluid caused to kill the platelets. So in laboratories they have another vile which is called heparin vile in that fluid when they take test the actual live amount of platelets will be shown rightly”.

Nawaz, who has thrice been the prime minister of Pakistan and is serving a jail sentence for corruption, was incarcerated at the Kot Lakhpat jail in Lahore before being shifted to NAB’s detention centre in Lahore for interrogation in Chaudhary Sugar Mills corruption reference earlier this month. Last year, he was sentenced to seven years in prison after being convicted by an accountability court in the Al Azizia Steel Mills case.

Read more: “PTI is trying to kill Nawaz and Zardari”

This is not for the first time that the opposition parties are using ‘illness’ to seek political concessions. In Pakistan, it has become a trend that influential people fall ill when they are arrested due to some illegal activities. Chief Justice of Pakistan Justice Asif Saeed Khosa has once asked how everyone who was arrested by NAB fell ill and remarked that NAB should construct a state-of-the-art hospital to treat those people. He further said that some people were exploiting the law that allows prisoners with health problems to be transferred to a hospital. “It has become a regular practice,” he claimed. “Medical boards grant favors to people accused of crimes.” Justice Khosa was hearing Sharjeel Inam bail application on December 2017.

Political commentators believe that both the PPP and PML-N are making all possible efforts to seek political concession since both have failed to get any relief from the courts. In the case of Nawaz Sharif, his daughter, Maryam Nawaz, left no stone unturned for her father’s release. But the premier has made it clear that he won’t offer any NRO without getting the looted money back to Pakistan. The same has been stated about the former President, Asif Ali Zardari. These are the fresh attempts to seek public sympathy and get concessions from the courts or government.

Visited my father in jail he is being held without being convicted of any crime. can confirm news below is true. Govt doctors advised he be taken to hospital but govt is refusing. We are going to court. If anything happens to him govt will be responsible. https://t.co/dHdXbRu3C9— BilawalBhuttoZardari (@BBhuttoZardari) August 27, 2019

Chief Justice orders KElectric CEO be put on the ECL

Inaugural flight of Virgin Atlantic gets warm welcome in Pakistan