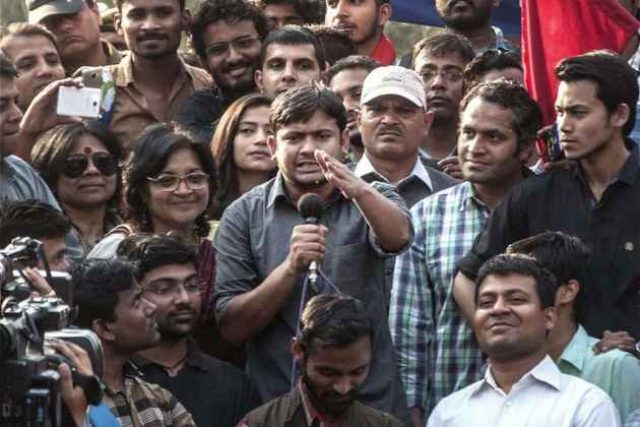 Political fervor in Pakistan is on the rise. Elections 2018 are around corner and country is abuzz with political sloganeering, promises, hopes, blame-games and public gatherings. Each political party is busy presenting its manifesto which is a major shift from the sensationalist politics of the past where character and personal life of politicians were more important than issues plaguing the country. Pinning hopes in the upcoming general elections is not unscrupulous. However, a neutral analysis of Pakistan’s political system makes one wonder that how it can solve public problems when the sole aim of politicians is personal uplift.

Elections 2018 will not be any different from past elections. The country will see same faces taking oath of public offices but only under different banners/political parties. The corrupt political mafia keeps on switching sides and strives only to save its wealth accumulated abroad even at the cost of compromising public interest. Hence, expecting revolutionary alterations in Pakistani political system and the fate of the people might not be the best bet.

A combination of an apolitical society, poor economy, disgruntled populace, water scarcity, terrorism, polarization and the ever-increasing extremism might push Pakistan towards a civil war in near future.

This is due to the immature/selfish political class Pakistan is bestowed with. Politics is self-centric where slogans like ‘Mujhe Kyun Nikala’ (Why was I ousted) are more significant than impartial justice and independent institutions in the country. Where slogans such as ‘Mere lash per Kalabagh dam banay ga’ (Kalabagh dam over my dead body) are more important than simmering water crisis in the country. A few politicians are hell bent upon saving their skins even at the cost of compromising national security.

The only concrete result these elections will produce is the increased public resentment with politicians and the system which they use to exploit the general public. This will ultimately lead to an apolitical society. Lack of public interest in government affairs will only alienate them and enhance their disenchantment with the system on which government runs.

This is when Pakistan will be most vulnerable to both internal and external threats. Enemies of our beloved homeland will be in a position to exploit our fault lines and use hybrid warfare to wreak havoc across the length and breadth of the country.

Is Pakistan Vulnerable to Hybrid Warfare?

According to Frank G. Hoffman, ‘hybrid adversaries simultaneously and adaptively employ a fused mixture of conventional weapons, irregular tactics, terrorism and criminal behaviour in the battle space to obtain their political objectives; directed and coordinated within the battle space to achieve synergistic effects in the physical and psychological dimensions of conflict.’

Pinning hopes in the upcoming general elections is not unscrupulous. However, a neutral analysis of Pakistan’s political system makes one wonder that how it can solve public problems when the sole aim of politicians is personal uplift.

Most of the military strategists, who are busy formulating national security policies in important capitals, are aware of Hoffman’s postulation of hybrid warfare. They are busy strategizing future plans of actions which on one hand aim to fend off threats to their nations while outsmarting their foes. The ever-increasing number of non-international armed conflicts (civil wars, rebellions, insurgencies) has given credence to Hoffman’s concept of warfare. Unfortunately, third world countries are most prone to this new type of armed conflict.

Pakistan, a developing country is located in a region which makes it prone to Hoffman’s proposed (hybrid) war. Moreover, the internal dynamics of Pakistani society and its socio-economic indicators are alarming and are an indication that it is quickly moving towards internal turmoil precipitated by its own leaders and fanned by hidden hands that are always willing to destabilize this country.

In addition to being located in a volatile region, Pakistan is in the middle of political, economic and social turmoil. Its electoral system is rigged to the core; only rich and powerful can contest elections due to the enormous wealth they have accumulated through exploitation, corruption and manipulation of the system. The International Monetary Fund (IMF) has already expressed concern over Pakistan’s weakening macroeconomic situation, including widening external and fiscal imbalances, reduction in foreign exchange reserves and emerging risks to economic and financial outlook.

Pakistani society is on a perpetual decline due to debased educational system, poverty, economic inequality, rising ethnic and linguistic sentiments and the replacement of unified nationalistic sentiments with regionalism, sectarianism and ethnicity. In a book titled, ‘Collapse: How Societies choose to fail or succeed’ Jared Diamond identified five factors which led to the collapse of past societies: climate change, hostile neighbours, collapse of essential trading partners, environmental problems, and the society’s response to the foregoing four factors. Whether Pakistan faces these challenges or not, needs no deliberation.

The ever increasing number of non-international armed conflicts (civil wars, rebellions, insurgencies) has given credence to Hoffman’s concept of warfare. Unfortunately, third world countries are most prone to this new type of armed conflict.

Enemies of Pakistan can cause maximum damage by employing minimal resources which is one of the basic principles of hybrid warfare. Information and psychological warfare (components of hybrid war) have already been unleashed upon Pakistan. Pakistani electronic and print media and its civil society have already been infiltrated by its enemies. Dawn’s CEO Hameed Haroon interview with BBC indicates the scale to which Pakistani media has been compromised by foreign-backed local elements. Media has been used to sow seeds of discontentment between public and the military and between ethnicities and sects. Sectarianism, ethnicity and extreme polarization are already visible in the society.

The once widely respected and powerful military has been cornered and is being bashed for the ‘sins’ it committed long ago. Punjab, from where majority of military’s servicemen belong to, has become a hotbed of anti-military rhetoric (thanks to Nawaz’s anti-establishment narrative to save his skin). Exacerbating civil-military divide will only benefit Pakistan’s enemies who will exploit this gap to fullest.

Pakistan is already facing water scarcity. According to 1998 census, 70 % of Pakistan’s population relied upon agriculture to make both ends meet. Shortage of water, in near future, will shake the agricultural base of the country and it may face droughts, food shortages, famines and diseases. A mix of such a crisis and a polarized society is definitely a killer combination.

Terrorism and political uncertainty is also discouraging for the foreign investors and which has exacerbated economic problems for Pakistan. Increasing economic woos have multiplied the problems for the populace which is already under severe pressure of inflation and unemployment.

DG ISPR has already warned that future war may be fought for water. He stated this in a press-conference since he knew that India is planning to make Pakistan dry by building dams on rivers entering Pakistan from Indian occupied Kashmir. As if it wasn’t enough, India is also collaborating with Afghanistan to construct dams on rivers which flow into Pakistan. Hence by waging a water war on Pakistan, India can easily create drought-like situation in its arch enemy while ensuring increased supply of water to its farmers. A profitable and shrewd strategy to bring an enemy to its knees.

Foreign Direct Investment in Pakistan is already decreasing despite former governments claims of high GDP growth during its tenure. CPEC’s promised benefits did not materialize too. Terrorism and political uncertainty is also discouraging for the foreign investors and which has exacerbated economic problems for Pakistan. Increasing economic woes have multiplied the problems for the populace which is already under severe pressure of inflation and unemployment.

A combination of an apolitical society, poor economy, disgruntled populace, water scarcity, terrorism, polarization and the ever-increasing extremism might push Pakistan towards a civil war in near future. Observers of Syrian civil war or for that matter any other civil uprising will argue that all these indicators are more than enough to push any country towards civil war.

However, such a tragedy may be averted by bringing some revolutionary reforms in our society. By strengthening institutions, provision of justice, equal economic opportunity for everyone and addressing the simmering water crisis, Pakistan can not only avert the dangers of civil war but can also become a powerful nation which it is destined to be.

Zeeshan Munir is a Research Analyst. The views expressed in this article are author’s own and do not necessarily reflect the editorial policy of Global Village Space.