With Trump pulling back on his Peace initiative and Taliban refusing to accept a US-backed election complicates the situation for Pakistan, who was a major stakeholder in the Peace process. Imran Khan keeps talking of peace but is Pakistan ready to take the burn if the negotiations fail? 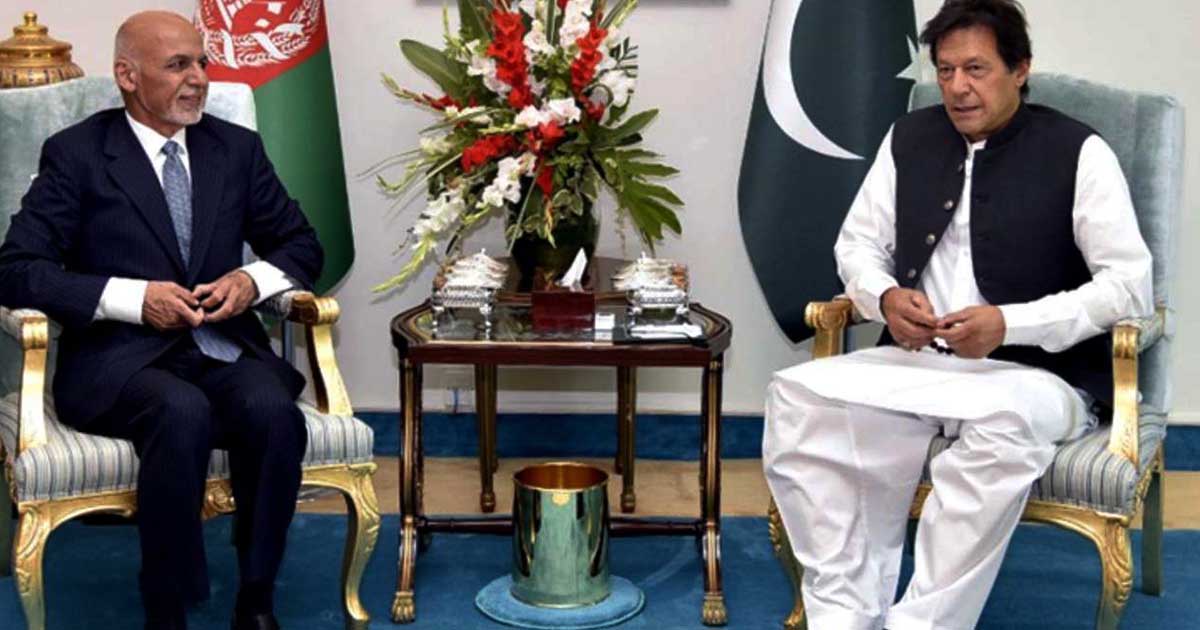 During an exclusive interview with the Associated Press this week, the former Afghan president Hamid Karzai severely questioned the rationale behind the presidential election which is due to take place in his country on September 28. Those who drive the Afghan policy in the Indian establishment should take careful note.

Karzai’s opinion runs completely contrary to the Indian stance. Delhi must be probably the only world capital that is enthusiastic about the Afghan presidential election. The Indian establishment has exhorted Afghan people (“brothers and sisters”) to turn out in large numbers to cast their ballots.

The Indian calculus is that by rigging the election, the incumbent president Ashraf Ghani and his group will be able to secure another 4-year in power. What brings the Indian establishment and Ghani’s group on the same page is their common interest in preventing the Taliban from holding the levers of power in Kabul, no matter what it takes. India has emerged in the most recent years as the main patron of Ghani’s group.

Ghani’s group comprises figures like the country’s security czar Amarullah Saleh maintain whose policy trajectory is hostile toward Pakistan, which helps Delhi’s hardline policies toward Pakistan. In this warped  ‘Chanakyan’ thinking — ‘your enemy’s enemy is my friend’ — India stands to gain if Pakistan is bogged down in a seamless war of attrition, sandwiched between its two hostile neighbors.

A hostile regime in Kabul will never compromise on the Durand Line, which implies that Pakistan’s sovereignty and territorial integrity will remain under challenge for the foreseeable future if Ghani and his group remain in power. As for the Indian policy, it is determined to establish “physical jurisdiction” over POK and Northern Areas of Pakistan.

Delhi blithely overlooks that the Afghan conflict situation also impacts regional security and stability and that India’s medium and long term interests lie in the stabilization of Afghanistan. Hopefully, Karzai’s views, who is a close and longstanding friend of India, would prompt the Indian establishment to rethink. The Taliban will never cooperate with a set-up that includes people like Saleh and the CIA’s Afghan army who masquerade as the “Afghan special forces”.

Read carefully this chilling report of the Costs of War Project at Brown University’s Watson Institute on this horrific unseen, unspeakable, incredible side to the war to comprehend who India’s playmates actually are on the killing fields of Afghanistan.

The outcome of Saturday’s election will be severely contested by the other Afghan (non-Taliban) groups and we may witness a replay of the 2014 charade when Ghani’s ‘victory’ under extremely controversial circumstances marred by cheating on an industrial scale stalled the transition. Washington finally deputed then US senator John Kerry to Kabul to cajole the warring factions to accept the idea of a so-called national unity government.

In sum, the specter that is facing Afghanistan is a highly problematic political transition. Considering that more than half the country is under the Taliban’s control and that the Taliban are viscerally opposed to the charade of an election on Saturday, Ghani’s legitimacy to rule for another term is in serious doubt. Delhi should carefully assess the emergent scenario.

Read more: US, Pakistan and Afghanistan: A Peace Deal that ALMOST happened

Only through an inclusive democratic process can the Afghan transition be peacefully managed. And that is only possible if the transition is predicated on a peace agreement with the Taliban, followed by inter-Afghan dialogue (including with representatives of Ghani’s “government”) on a political settlement, which would be put before a Loya Jirga for approval. The elections should be held only thereafter.

Mainstreaming the Taliban is unavoidable for enduring peace in Afghanistan. The ease with which the Taliban visited Moscow, Tehran, and Beijing in the most recent weeks is a stark reminder of this reality — although none of these three major regional states had supported the Taliban.

On the contrary, the US President Trump’s impetuous decision to call off the negotiations with the Taliban (although a draft agreement was initialed in Doha) has been a matter of celebration in the Indian capital and has been promptly seized by Ghani’s group to front-load the presidential election. This is like putting the cart before the horse.

This was Parwan today to defend the republic and their democratic rights to uphold elections. Taliban tried to break this unity by targeting innocent civilians. They shamelessly accepted responsibility at a time when they're cloaking acts of terror as efforts for peace. pic.twitter.com/yeHFYS5XxG

What will now happen is that Ghani’s group will rig the election and “win” it and proceed to claim a mandate to rule for another 4 years, while other Afghan groups — Taliban and non-Taliban — will not accept Ghani and his coterie for a second term.

There are signs that even Washington has distanced itself from Ghani’s government by withholding assistance to the tune of $160 million. The US state department statement announcing this was highly critical of the Ghani government.

Equally, the USG-funded Radio Free Europe / Radio Liberty in a commentary on Monday was frankly skeptical of the entire exercise of Saturday’s election. It sounded a warning that “many Afghans remain wary of the landmark presidential vote, fearing Taliban violence aimed at disrupting the vote and disillusioned at the widespread fraud and corruption that has tainted other elections since the U.S.-led invasion in 2001.

Read more: Analysts: US needs ample force in Afghanistan for ISIS and Al-Qaeda

“Analysts say voter fatigue and safety concerns could depress turnout to undermine the legitimacy of the vote and give any winner only with a weak mandate to rule a country reeling from economic turmoil, an escalating war, and political infighting.”

Where does all this leave India? Clearly, Delhi’s backing for Ghani’s group is a cynical, self-serving attempt to exploit an unstable Afghanistan to India’s advantage. It does not constitute an Afghan policy. It reflects a pitiless mindset to keep Afghanistan in civil war conditions for as long as possible. It is indifferent towards the long-suffering Afghan people (here and here.) How is such a ‘policy’ any different from Pakistan’s?

Surely, the Indian embassy in Kabul would have reported on the meeting in Kabul on Monday of prominent Afghan political figures including Mujahideen leaders and erstwhile Northern Alliance stalwarts — former President Karzai, former Vice President Yunus Qanooni, former Balkh governor Atta Mohammad Noor, former Minister of Energy and Water Mohammad Ismail Khan, former National Security Advisor Rangin Dadfar Spanta and so on — which issued a formal statement calling for the deferment of the presidential election and an immediate resumption of the US-Taliban negotiations.

The statement highlighted that the Afghan people do not trust in the electoral management organizations to prevent “widespread manipulation” of the presidential election. It said, “There are many realities which show that the election will not reduce the crisis in the country, instead it will double the crisis, fuel division among the people, weaken institutions and affect the trust in democracy and political partnership.”

Is Kurdistan a US-Israeli conspiracy to balkanize Middle East?

Pak-Afghan border closures: It’s business that suffers the most!