Is the Chinese Yuan behind Trump’s anger at Pakistan? 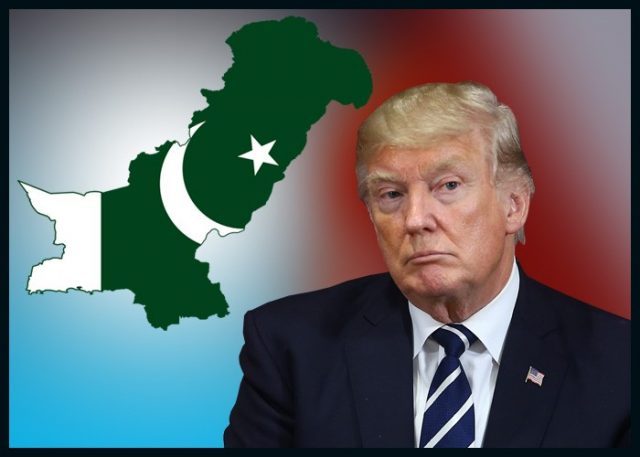 The Indian media have ignored the momentous announcement by Pakistan’s central bank on January 2 notifying that it has taken “comprehensive policy related measures to ensure that imports, exports and financing transactions can be denominated in CNY (Chinese Yuan).” Probably they got bogged down with Kulbhushan Jadhav’s video and President Trump’s invectives against Pakistan – or, simply failed to grasp the profound implications of the announcement in Islamabad for regional and global politics. This needs some explaining.

First, the details of the Pakistani central bank notification of January 2 titled “Use of Chinese Yuan for denominating foreign currency transactions in Pakistan.” The following excerpts of the notification are relevant:

Trump feels really annoyed. (Read a CNBC dispatch on the subject – China has grand ambitions to dethrone the dollar. It may make a powerful move this year

“Both public and private sector enterprises (i.e. both Pakistanis and Chinese) are free to choose CNY for bilateral Trade & Investment activities… SBP (central bank) has already put in place the required regulatory framework, which facilitates use of CNY in trade and investment transactions such as opening of L/Cs and availing financing facilities in CNY… SBP had taken a series of steps to promote use of CNY in Pakistan for bilateral trade and investment with China.

Read more: What foreign policy will the US adopt in the east next…

With the opening of Bank of China in Pakistan, the access to onshore Chinese markets will strengthen further. Apart from the above, several banks in Pakistan maintain onshore CNY nostro accounts.”

“Considering the recent local and global economic developments, particularly with the growing size of trade and investment with China under CPEC, SBP foresees that CNY denominated trade with China will increase significantly, going forward; and will yield long term benefits for both the countries.”

Pakistan is a big country – and potentially a big economy, especially as CPEC gives buoyancy to it.  It is a very bad sign for the US that Pakistan is heading toward the exit door leading out of dollar as a fiat currency for its transactions

The big question is how far this joint Pakistani-Chinese move to dump dollar – alongside their announcement on December 26 in Beijing to extend the CPEC to Afghanistan and Central Asia – explains Trump’s New Year Day outburst on tweeter and the incipient signs of an aggressive policy by the Trump administration toward Pakistan (as is borne out by an exclusive interview by NSA HR McMaster to the Voice of America on January 3).

To my mind, it explains a great deal, as much if not more than the so-called counterterrorist operations in Afghanistan. It is useful to remember that Trump is quintessentially a businessman. He understands perfectly well the gathering storms on the horizon that threaten the dollar’s status as the world currency. What seemed “a cloud, a small one, about the size of a man’s hand… coming up out of the sea” – as Elijah said in the Old Testament – cannot be taken lightly any longer.

And the threat is spearheaded by countries such as China, Russia and Iran principally – “revisionist powers”. Put differently, the preservation of the dollar’s global reserve currency status is vital to the US economy as otherwise there will be and explosion of further debt and this is turning into an existential struggle for the superpower.

The countdown has begun. If dollar begins losing ground as indispensable to global trade, it will lead to a complete breakdown in the US’ purchasing power and the consequent surge

No doubt, the key here is China. Are the policymakers in Beijing aware of what is at stake? You bet, they are. And they are planning accordingly — there’s no gunboat diplomacy, but instead through financial tools. Do not think that the move to extend CPEC is an impetuous, vainglorious decision. An entire swathe of Middle Asia may cut loose and drift away from the use of dollar in their transactions.

Convince yourself about the high stakes by reading a stunning speech, here, by the PLA’s key strategic thinker Major-General Qiao Liang at a forum of the Chinese Communist Party’s Central Committee and government office two years ago. Succinctly put, Washington is highly sensitive to the ‘harmonious ascent’ of the Chinese Yuan.

China dominates world trade and is putting itself in a position to revert to the old system of tying oil and commodities to gold (as it existed before 1971 when the US thrust the dollar to replace gold.) China is increasingly shedding its shyness to promote Yuan as its own preferred settlement medium, as highlighted by the Pakistani notification.

Read more: Why back-channel diplomacy between Pakistan and India has no future

Interestingly, only last week the Chinese central bank governor met the Saudi finance minister and amongst other things discussed the date by which Saudi Arabia will dump dollar and switch to yuan as payment for oil sales to China. (No surprises here — read a CNBC report titled China will ‘compel’ Saudi Arabia to trade oil in yuan — and that’s going to affect the dollar.

Do not think that the move to extend CPEC is an impetuous, vainglorious decision. An entire swathe of Middle Asia may cut loose and drift away from the use of dollar in their transactions.

The countdown has begun. If dollar begins losing ground as indispensable to global trade, it will lead to a complete breakdown in the US’ purchasing power and the consequent surge of the underlying monetary inflation in the US economy for decades (that has been lying suppressed) will make the budget deficit no longer manageable and such heavy military spending no longer sustainable – leave alone Trump’s ‘America First’.

Pakistan is a big country – and potentially a big economy, especially as CPEC gives buoyancy to it.  It is a very bad sign for the US that Pakistan is heading toward the exit door leading out of dollar as a fiat currency for its transactions. Trump feels really annoyed. (Read a CNBC dispatch on the subject – China has grand ambitions to dethrone the dollar. It may make a powerful move this year (October 24, 2017).