Tucked away in the heart of the picturesque Neelum Valley, only 10km away from the LOC, and 150km from Muzaffarabad, this stone temple is erected in the midst of a stunning landscape dominated by soaring vistas, snow-laced peaks and lush greenery. Sharda is related to the Kashmiri term “Sarv”, which means flow or stream at the tip of a rock, and denotes the fact that the temple is located at the confluence of three streams, in Azad Jammu and Kashmir.

Sharda Peeth is said to be one of the oldest ancient Hindu temples. There is no clear date when it was built, but is estimated to be thousands of years ago in 237 BC, during the reign of Asoka the Great. Sharda Peeth loosely translates into the “the seat of Sharda”, and it is speculated that an ancient university also existed here.

Due to the influence and popularity of the Sharda Temple, Kashmir was once called the Sharda Desh, and was considered a powerful epicenter of knowledge and education. Dedicated to the goddess of learning, this Hindu temple is one of the most celebrated temple universities of the Hindu faith in the Indian subcontinent. 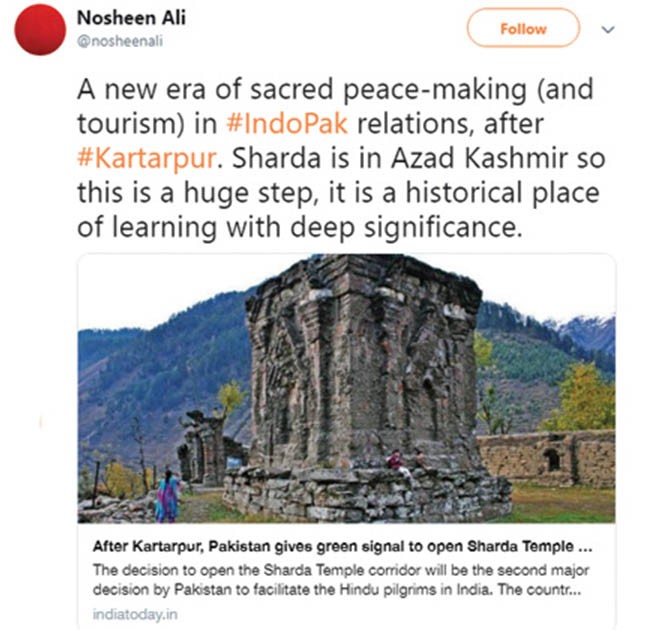 11th Century poet, Kashmiri Bilhana described the temple as the source of Kashmir’s reputation as a centre of learning. In the 13th century, the Sharda Peeth was the only temple with a library that accommodated revered Hindu works in their complete form, including the Prabhāvakacarita.

For centuries, it has hosted revered Hindu scholars from the medieval Kashmir and Middle Republican periods, including Kalhana, Adi Shankara, Kumarajiva, and many others. The temple is recognized for its instrumental role in the emergence and promotion of the Sharda script in Northern India and Kashmir.

Kashmiri Pandits believe that Sharda is the embodiment of three goddesses: Sharda (goddess of learning), Saraswati (goddess of knowledge), and Vagdevi (goddess of speech). For Hindus it is considered one of the 18 Maha Shaktis peethas and the Sharda Peeth temple is said to symbolize the fallen right hand of the Goddess Sati.

Local legends on Origin of the Temple

One of the most popular claims is that a prince built the building as an abode for marrying a princess he desired. She set the condition that it needed to be built before the dawn. As the Azan started the building was still incomplete and that is why the Sharda Peeth today stands without a roof. We can speculate on whether the princess married him or not.

Another legend described by Bilhana states that the goddess Sharda turning herself into a swan, gushing through the water, her crown becoming gold washed from the Madhumati River, which was the ancient name for the present-day Neelum River. The Sharda Peeth pilgrimage now parallels this and pilgrims bathe in the Neelum River to cleanse themselves of their sins. 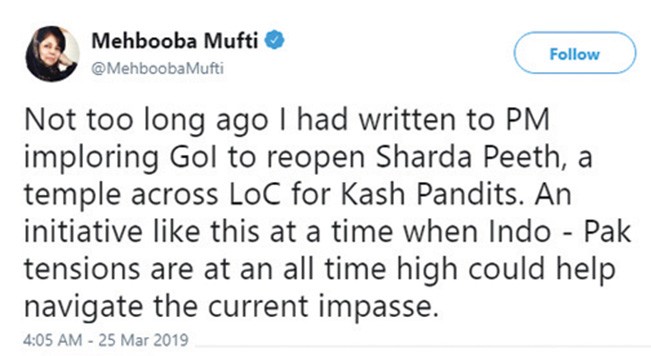 Next to the temple is a sacred pond, known as the Madhumati, and much like the lake of the Katas Raj Temple, the water is considered blessed by the Hindu community. By the 10th century Al-Biruni reported the reverence held for the temple by locals and from Hindus in the region.

Jonaraja, a 15th century historian writes that in 1422 CE, Ghiyas-ud-Din Zainul-Abidin, the eigth Sultan of Kashmir visited the shrine. Jonaraja writes that the Sultan grew angry at the Hindu goddess Sharda for not appearing to him in person. However, that night, Zain ul Abidin slept in the court of the temple and saw the goddess in his dream.

In the 16th century, Abu’l-Fazl ibn Mubarak revered the Sharda Peeth temple as a powerful symbol of “great veneration”. Popular beliefs narrated by Fazl ibn Mubarak reveal that the shrine is revered for several miracles. He said that on every eight tithe of the bright half of the month, the temple begins to “take shake and produces the most extraordinary effect”.

The Sharda temple holds immense significance amongst the Kashmiri Pundit community and Hindus from all across Northern India. Many leaders from Indian occupied Kashmir have urged Indian and Pakistani governments to open the access routes and facilitate cross-border pilgrimages. Many Indian politicians have urged Pakistan, in the past, to renovate the temple.

In March 2019, Ministers and members of the ruling Pakistan Tehreek-e-Insaf government revealed Pakistan’s interest to open the corridor for Indian and Pakistani pilgrims. To do so, Pakistan will construct a corridor, and renovate the temple.

In March, Dr. Ramesh Kumar, Pakistan Tehreek-e-Insaf MNA and member of the National Assembly, had said, “Pakistan has decided to open the Sharda temple, and I will be visiting the site in a few days. I will provide Prime Minister Imran Khan a report on the temple, and work on the project will begin during the current year, after which, Pakistan’s Hindu community will be able to visit their site.” 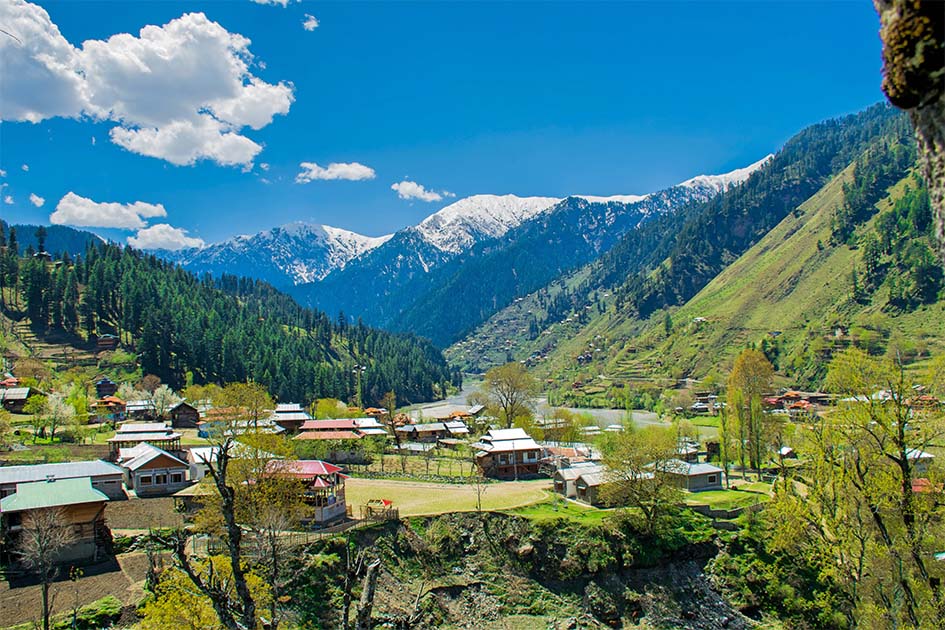 Mehbooba Mufti, former Chief Minister of Indian Occupied Kashmir also actively campaigned for the opening of the Sharda Peeth temple in order to allow Kashmiri Pundits access to their religious site. Mufti had advocated that this project would decrease tensions between the two neighbors and pave the way for peace.

Speaking to the press at the time, Mufti said that opening the Sharda Temple Corridor is a long-standing demand of Kashmir’s Hindu community, and she appreciated the gesture by Prime Minister Imran Khan. Currently, Mufti is under house arrest by the Indian government after August 5.

While, initial interest was shown by the Pakistani government, subsequently, the idea was put on ice after the Indian government’s revocation of Indian occupied Kashmir’s Articles 370 and 35-A, which guaranteed it statehood among other things. After the successful inauguration of the Kartarpur Corridor and its unprecedented success amongst the Sikh community, the government is being asked to restart thinking about opening the corridor.

Magazine Desk - September 19, 2020
We write these lines with mixed feelings of pain, hope and anxiety. "Karachi A Metropolis Betrayed" is one of our main themes in this...

Pakistan’s Age of Accountability: Will it sustain itself?

The Fate of Karachi Transformation Plan

Netflix’s Cliched Superhero Story Is Too Weak To Be Powerful

Zulfi Bukhari will donate all his salaries to dam funds