The city of Madina holds immense importance in Islamic history and culture. The idea to establish a strong literary and cultural Islamic society crystallized in this city. The recent engagements between the House of Sauds and state of Israel has rung alarms across all the muslim countries and that's where the Turkish president warns about losing not only the city of Madina but all other holy places including Makkah. 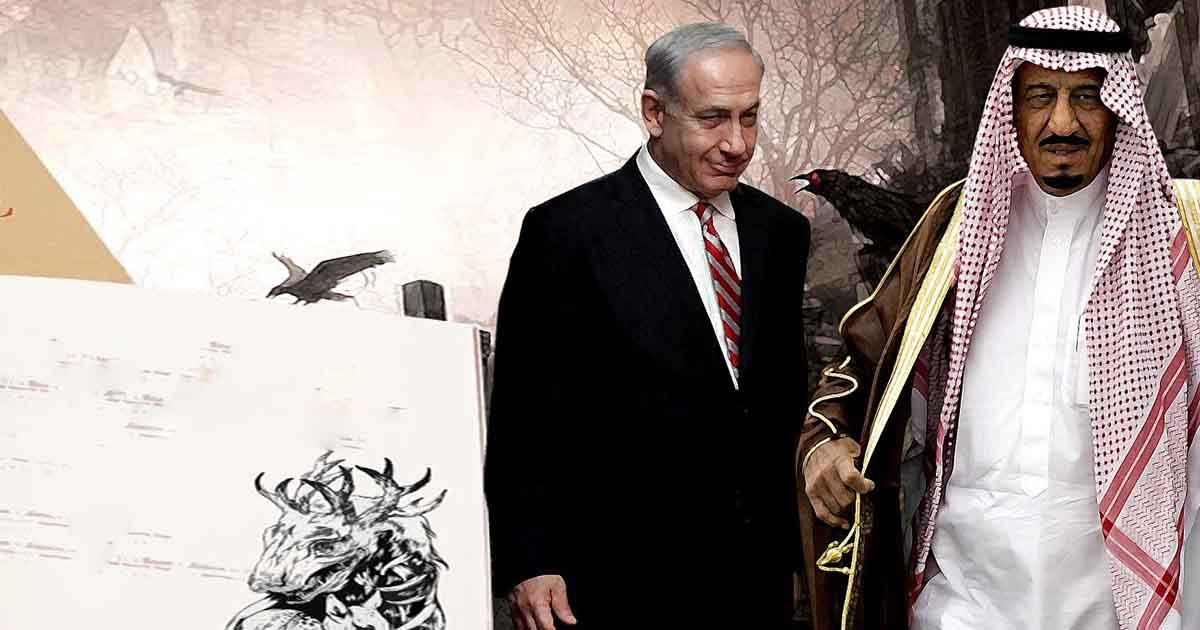 Recep Tayyip Erdogan the President of Turkey is the first leader of the Islamic World to highlight his fears of losing Madinah to the Israeli onslaught. Unless contained, the evil designs of Benjamin Netanyahu should not be a hidden secret. He faces strict resistance in his own country.

In the elections last year there were no clear winners. Most Israelis are also fatigued of unending resistance to the annexation of Palestinian land. The Intifada continues since December 1987.

The recently announced Trump Peace Plan is in fact an instrument for surrender. It favors Israel, parts of occupied West Bank of Jerusalem are being handed over to the Jewish state. One by one the Arab hold over important Islamic centers is diminishing mainly due to their internal weaknesses. The Organization of Islamic Conference (OIC) has been reduced to a debating society.

Erdogan has created hope for the Islamic World. The treaties that were signed to dismember the Ottoman Empire and contain Turkey are now coming to an end (Treaty of Serves 1920, Treaty of Lausanne 1923)

The city of Madinah is the nucleus of Islam. It is the city of ‘Nur’ called ‘Munawara’. There is no city in the world to match its wonders. It has been reported that the Prophet (PBUH) prayed that his Ummah develop love for the city. The first revolution took place here that created the Welfare State which then dominated the world for centuries. While Prime Minister (PM) Imran Khan desires to follow the model of Riyasat-e-Madinah, Erdogan is talking about his fears of losing it.

The big question being, Is Madinah safe under the house of Saud? Naturally the Turks are concerned as the Ottoman Empire took good care of the city of the Prophet (PBUH). It was under their rule that the Green Dome of Masjid-e-Nabavi was built with pious hands. There was a train link with Istanbul the seat of power of the last Caliph of Islam.

The Hejaz Railway which was destroyed by the guerrillas of “Lawrence of Arabia” has now become a tourist attraction. The ‘House of Saud’ also emerged from this rebellion. While Turkey, Iran, Malaysia and Pakistan have rejected the Trump Peace Plan, Saudi Arabia and United Arab Emirates have supported it paving the way for Jewish takeover of the West Bank.

Golda Meir the PM of Israel had a sleepless night when Majid-e-Aqsa was burnt under Jewish occupation. She was fearing serious Arab reaction followed by the movement of troops but to her surprise nothing happened. The Arab leadership was chill and in deep slumber. It emboldened the Jewish state. After the Camp David Peace accord with Egypt it was all over for the Palestinian cause. The two stat doctrine has now been buried under the Arab callousness.

Building Muslim Caliphate from the ashes of Ottoman Empire

Erdogan has created hope for the Islamic World. The treaties that were signed to dismember the Ottoman Empire and contain Turkey are now coming to an end (Treaty of Serves 1920, Treaty of Lausanne 1923). According to international law no treaty is binding after 100 years of its enactment. The wind of change is about to blow to end the era of Lawrence of Arabia.

What will happen to his guerrillas only time will tell? Meanwhile, the President of Turkey addressed the joint session of the parliament on February 14, 2020, there was standing ovation for him. Dual citizenship is also being discussed, as it used to be in the days of the Ottoman Empire.

Turkey under a democratically elected President means business. Conspiracies in Syria and Yemen have been repulsed. Iraq and Afghanistan are on the mend

Shams Tabriz could travel from Multan to Konya to guide the father of modern Sufism Maulana Jalal-ud-Din Muhammad Rumi under his tutelage.

Prophet Muhammad (PBUH) after moving to Madinah signed a written agreement with the prominent Jewish tribes settled there. It was the first written consensual document of its time signed in 622 AD, about 600 years before the Magna Carta. It was called ‘Agreement of Madinah’ (Maisak-e-Madinah).

Even after the great victory of Mecca the Prophet (PBUH) did not return to the land of his ancestors. He departed for his heavenly adobe from Madinah to be buried there. There is no city in the world as open minded and welcoming as the chosen city of the prophet (PBUH).

When the Jewish tribes of Madinah did not abide by the written agreement they were expelled from the city. Perhaps the wounds of this expulsion by the prophet (PBUH) have not healed after centuries. While the Palestinians have agreed to coexist, the Zionists have not. A similar movement seems to be developing in India under RSS controlled Narinder Modi the PM of the once secular democracy.

While most monarchies could continue in a ceremonial role, the Ottoman Empire was dismembered. In the absence of a central figure, the Ummah lost its nucleus from which they have still not recovered. The Muslims of the Indian Sub-Continent went as volunteers to defend their Caliph.

Till today the Muslims from India and now Pakistan are held in very high esteem in the Republic of Turkey. The Allied Forces (Britain, France, Italy, Australia) all ganged up against the Turks. There was great resistance. At Gallipoli Kamal Ataturk won a great victory but the rebellion in non-Turkish areas weakened the resistance.

It was a proverbial stab in the back. It is now time of indemnity to get rid of the backstabbers. The Ummah has to be unified for its survival.

A lot of harm has already been done. Instead of crying over the losses it is time to regroup and plan for a better future. Turkey under a democratically elected President means business. Conspiracies in Syria and Yemen have been repulsed. Iraq and Afghanistan are on the mend.

Focus must now be on the nucleus of Islam, the unmatched city of Madinah Munawara from where the ‘Nur’ started to spread all over the world, its loss will be devastating. Muslims of the world must unite before it is too late.

Previous articleIsrael and Gaza initiate ALL-OUT WAR
Next articleRally Of Embarrassments: From ‘Dolan’ Trump to ‘Choee-Wala’

Pakistan lives up to their ‘unpredictable’ tag with surprising England win