JF-17 vs Rafale: Why Pakistan’s JF-17 is a Serious Threat to Indian Rafale Jets?

A comparison between Pakistan's JF-17 Thunder and India's newly acquired French Rafale is what every expert in sub-continent and all over the world are deeply interested in and a recent statement by Indian Air Force Chief clarifies which is better. 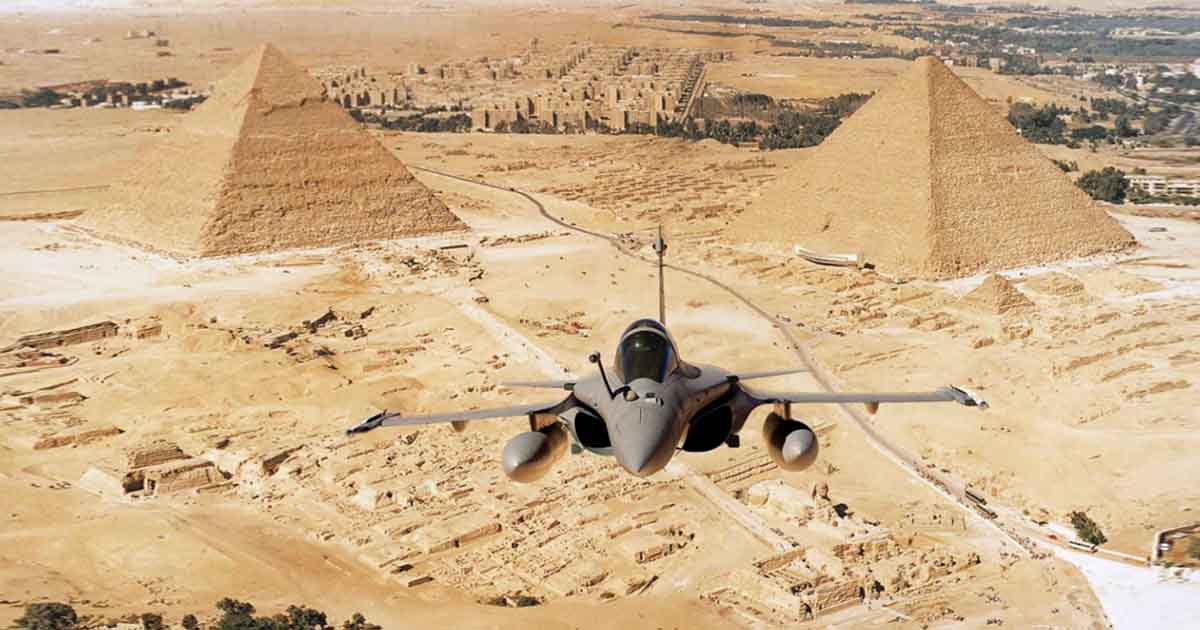 JF-17 Thunder vs Rafale Fighter Jets is a comparison that every defence expert is analysing. Indian Air Force (IAF) chief recently warned about the shortcomings of the Rafale fighter jets in a probable comparison to JF-17 Thunder. This statement came exactly a year later since Pakistan outgunned India’s top fighter jet in Balakot.

According to the Global Times, the latest, powered-up version of the JF-17 fighter jet reportedly features technologies from China’s high-end J-20 fighter jet that will immensely boost its combat efficiency. According to pictures disseminated on the various social media platform, the JF-17 aircraft is installed with many commercial off-the-shelf technologies from the state-owned Aviation Industry Corporation of China.

#NeverMessWithTheBest
The aircraft that struck and confronted the MiG-21 were JF-17 pic.twitter.com/BQAQvWY7eQ

These include a new and larger holographic wide-angle head-up display and integrated cockpit display comparable to the one used by the J-20, in addition to an advanced infrared missile approach warning system used by J-20 fighter jets.

Analysts said the new additions to the JF-17 can give pilots more situational awareness, permitting them to concentrate more on combat instead of flying the aircraft. In March 2019, Yang Wei, chief designer of the fighter jet, said development and production of the JF-17 Block 3 were underway, and the third block will see the JF-17’s information-based warfare capability and weapons enhanced.

The reports regarding the deployment of longer-ranged Chinese PL-15 missiles on an upgraded JF-17 jet have caused anxiety in the Indian Air Force. Global Times earlier reported that the upgraded JF-17 will host an infrared search and track system along with a cross-section radar that lessens the pseudo-stealthy airframe. The PL-15’s beyond visual range missile has reportedly also caused serious worry in the Pentagon.

The PL-15’s striking range in actual aerial engagements is definitely lower than the maximum range 300 km but is nevertheless much greater than its US’ AIM-120 AMRAAM estimated to be approximately 180 km.

US general Herbert Carlisle voiced serious concerns in 2015 when the development of the PL15 entered the public domain: “Look at our adversaries and what they’re developing, things like the PL-15 and the range of that weapon.” General Carlisle raised the same issue in an interview with FlightGlobal: “The PL-15 and the range of that missile, we’ve got to be able to out-stick that missile.”

The PL-15 missile, which is a radar-guided weapon, is advertised as having a greater range than both US-built AMRAAM and the Russian R-77, which is in service with the Indian Air Force.

Our own 🇵🇰 The PAC JF-17 Thunder, a nightmare for India.
🔥🔥#HappyTeaversary pic.twitter.com/2bLbahRnmq

With a length of over 4 metres, the PL-15 is much longer than the AMRAAM and has a powerful radar and rocket motor. Experts maintain that the fundamental role of the PL-15 is to demolish ‘high-value’ targets such as airborne early-warning aircraft (AWACS) and aerial refuelling aircraft, which could handicap any opponent including the US.

The PL-15 uses a conventional rocket motor, unlike the Meteor missile which will be used by the Rafale fighter jets for the IAF. The Meteor has a stated range of “well in excess of 150km” according to its manufacturers but is also smaller in length than the PL-15. Therefore, experts conclude that the PL-15 has a greater range than the Meteor on account of its higher fuel capacity and poses a serious threat to the French origin jets which will be operated by the Indian Air Force.

The Block III version of the JF-17 is slated to receive the RD-93MA or Chinese WS-13 engine, while its previous version had a Chinese license-built Klimov RD-93MA turbofan engine.

The JF-17 Block 3’s avionics are nothing less than a state of the art. JF-17 Block III will have a helmet-mounted display (HMD) and possibly an internal infrared search and tracking (IRST) system.

Read more: JF-17 Thunder Block-III: Upgrades that brought it to the top

The most significant changes in JF-17 Block III are to its beyond visual range combat capabilities. Advantages of integrating an AESA radar not only allows the JF-17 Block 3 to detect targets at far longer ranges, and to track and lock onto more targets simultaneously, but its is also less prone to jamming and leaves a far lower radar signature – meaning it is both more reliable and makes the fighter more difficult to detect.

Previous articleAfter OIC and Turkey, Iran slams India for “organized violence against Indian Muslims”
Next articleDid US Attack China & Iran with Coronavirus? – The Most Lethal Way of Fighting

21 September 2021
Previous articleAfter OIC and Turkey, Iran slams India for “organized violence against Indian Muslims”
Next articleDid US Attack China & Iran with Coronavirus? – The Most Lethal Way of Fighting

More embarrassment for India: US refuses to share information on F-16

US military disaster in Yemen: Trump’s Bay of Pigs?