Why is Western media and now officials not able to digest the fact that Qatar has been awarded to host a mega-event? Is it the political victimization of Qatar at an international level? 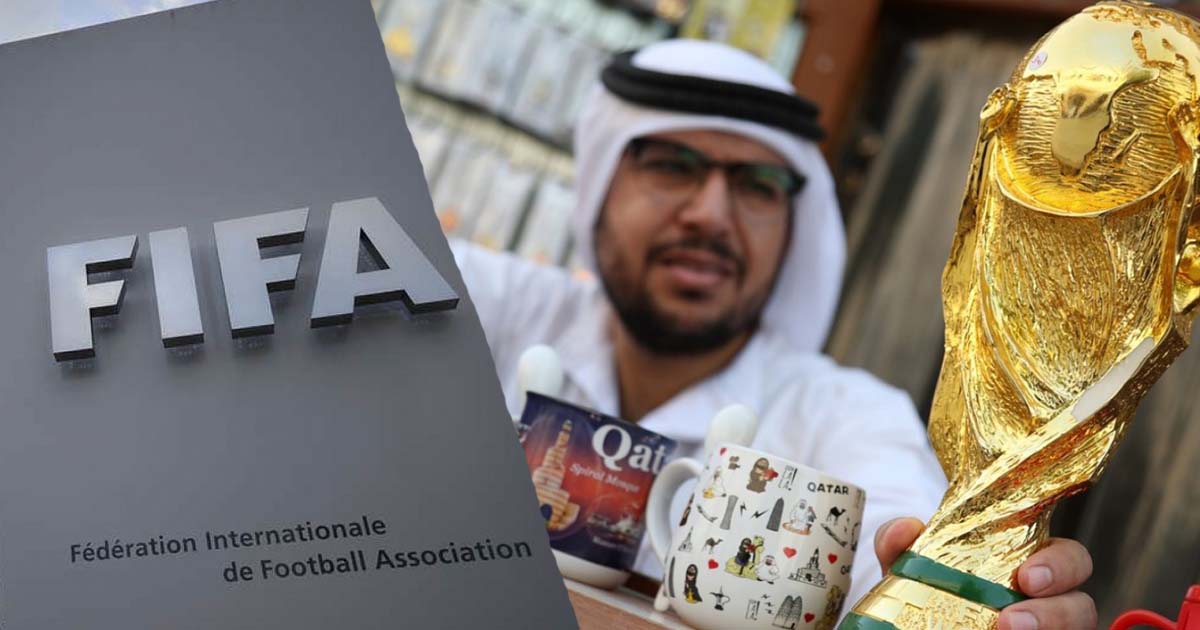 A formal judicial inquiry has been opened in France into the awarding of the 2022 World Cup to Qatar. As the State of Qatar is all set to organize FIFA Club World Cup Qatar 2019, there are several questions with regard to extreme weather conditions and labor laws highlighted by the western media. The FIFA world cup is going to be a huge event which is likely to bring in several big names in the world of football as well as sports enthusiasts from across the world. This event has been scheduled from 11 to 21 December this year.

According to details, the formal judicial inquiry, follows three years of preliminary investigations by French authorities over whether a private dinner between leading officials and Qatari bid backers influenced the bidding process.

The World Cup 2022 vote was held nine days after the dinner at the Elysee Palace, hosted by then French president Nicolas Sarkozy, and included Qatar’s then crown prince Sheikh Tamim Bin Hamad al Thani, now the Emir as the country undertakes preparations for the tournament.

Former Uefa boss Michel Platini has been accused of switching his vote in favour of the Qatar bid following the meal where it is alleged potential lucrative trade deals between France and the country were discussed.

The former French footballer was interviewed by officials in June. Mr Platini has denied the claims and said that he voted in the interests of football development.

Sepp Blatter, the disgraced former head of Fifa, is currently suspended from football for six years over a an alleged secret $2 million payment to Platini, just months after the award of the tournament.

He has said he is “at the disposal” of officials to discuss it. On Monday France’s National Public Prosecutor’s Office officially opened a judicial inquiry into the vote.

It will look at suspected corruption surrounding the vote, which was held in December 2010. The result saw Qatar triumph over the long-favoured US 14-8 in a final round of voting.

A month after the ballot, Qatar announced that it had begun testing French Dassault Rafale fighter jets for a fleet upgrade. It later agreed a $7 billion deal to buy 24 of the jets. Fifa has said it will not be reopening its own investigation.

This is despite the sport’s global governing body publishing allegations of bribery against three people on its website linked to the 2022 World Cup.

As part of supporting evidence in a disciplinary report posted last month, Fifa published that three former top soccer officials – Brazil’s Ricardo Teixeira, Paraguay’s Nicolas Leoz and Argentina’s Julio Grondona – were allegedly due to receive payments for votes over the selection of Qatar.

It was part of evidence by Fifa’s ethic’s committee to justify a lifetime ban on Teixeira over taking bribes for TV and marketing deals.

It is worth noting that Qatar has been addressing every allegation and challenge posed by human rights organizations. “I would like to assure any fan, of any gender, (sexual) orientation, religion, race to rest assured that Qatar is one of safest countries in the world – and they’ll all be welcome here,” recently said chief executive of the FIFA World Cup Qatar 2022 Nasser al-Khater. Mr. al-Khater.

Also, there are some reports which claim that a deal is about to be signed which may allow alcohol and other eatables for the foreigners. The Qatari government is also expected to offer subsidy on alcohol.

However, some western media outlets claim that in Qatar migrant laborers are being forced to work in ‘searing temperatures’ which is dangerous and gross violation of fundamental human rights. A report published in The Guardian points out that “every year hundreds of workers – many young men between 25 and 35 years old – die while working in Qatar. The majority of these deaths are attributed to cardiovascular causes or “natural death” by the Qatari authorities”.

Similarly, according to recent, Amnesty International “hundreds of migrant workers” have been forced to give up on “justice” and return home “penniless” since March 2018.

'Shameful' migrant worker abuse will cast a shadow over the World Athletics Championships in Doha#Qatar#WorldAthleticsChampshttps://t.co/Ur45lHdOe6— News From Amnesty (@NewsFromAmnesty) September 26, 2019

Interestingly, Qatar is viewing sports and games not only events but an opportunity to expand its tourism industry with an intention to introduce several tourist destinations in the country. The tourism sector, in Qatar, is offering new avenues to the investors and businesses with a remarkable growth which has reportedly reached 11% as of August.