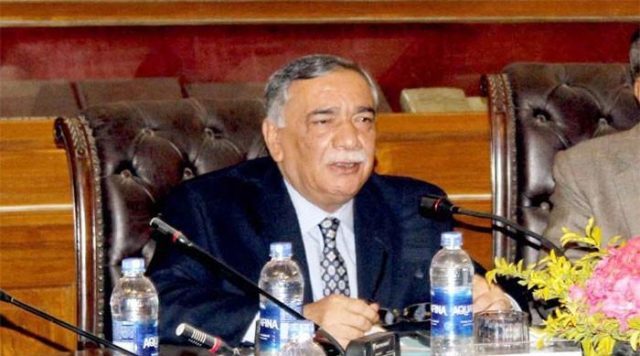 Justice Khosa was born on December 21, 1954, in Dera Ghazi Khan. After completing his undergraduate and master’s degree from the University of Punjab, he went to the United Kingdom for higher studies. He obtained an LLM Degree from the University of Cambridge. He has also served as an advocate in the Lahore High Court and Supreme Court of Pakistan.

Justice Khosa was heading the bench when he wrote a hard-hitting judgment and convicted Mr. Sharif by disqualifying him for not being honest and truthful.

Justice Khosa is a renowned jurist on criminal law across the world. He has authored many articles and books. Interestingly, he has given the verdict of 10000 cases since 2o14. The total number of pending cases in the top court has reached near 40,000 and a few hundreds of criminal cases are left, which is being considered as a landmark achievement of the apex court, especially of the senior most judge, Justice Khosa.

According to Justice Khosa’s profile available on the SC website, he has decided the fate of about 55,000 cases over a period of more than 19 years so far.

Renowned lawyer Faisal Siddiqui said that an overview of Pakistan’s Judicial history shows that no judge has achieved such disposal on the criminal side as he [Khosa], especially since the 1990s when the pendency of criminal cases really started multiplying. “So it’s a great achievement which will take him into the annals of judicial history.

Apart from this, he has achieved two other things — he is one of those judges who have rewritten the criminal jurisprudence in Pakistan, in addition to laying down new jurisprudence on Mumtaz Qadri and former PM Nawaz Sharif cases, which not only required quick disposal but also a lot of courage,” says Siddiqui.

Justice Khosa also earned respect when he courageously penned a judgment in Panama Papers case against the former Prime Minister Mr. Nawaz Sharif. Justice Khosa was heading the bench when he wrote a hard-hitting judgment and convicted Mr. Sharif by disqualifying him for not being honest and truthful.

Similarly, in Mumtaz Qadri and Asia Bibi cases, the judgments of Mr. Khosa got the attention of local as well as international media. Legal experts hope that Mr. Khosa will create a new history after assuming the office of CJP.

ICC thinking about moving T20 world cup out of India