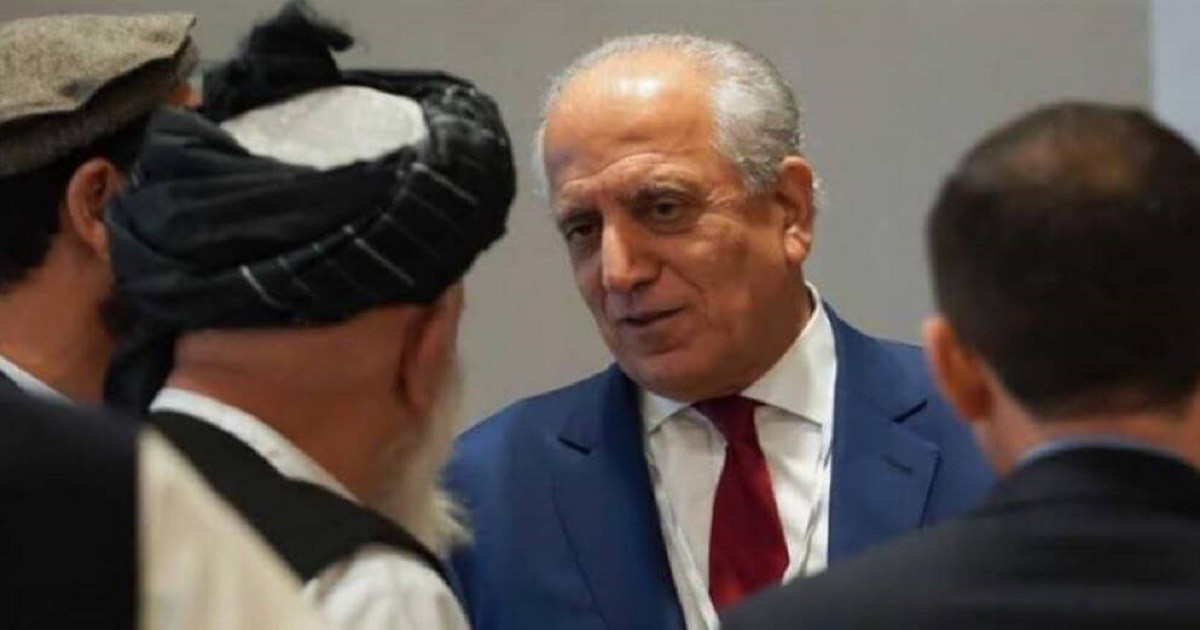 Washington’s special envoy to Afghanistan Zalmay Khalilzad has called on New Delhi to directly engage with the Taliban, asking India to play a “more active” part in the Afghan peace process and the fight against terrorism.

In an exclusive interview with the Hindu on Friday, Khalilzad stressed India’s “significant” role in Afghanistan’s development, citing “historic ties” between the two countries and shared concerns over terrorist groups active there.

“India is an important force in Afghanistan, and it would be appropriate for [India-Taliban] engagement to take place,” Khalilzad said, adding that “it would be important that issues of concern like [terrorism] are raised directly.”

The comment is the first public suggestion by a US official for direct dealings between India and the Afghan militant faction. To date, New Delhi has consistently dubbed the Taliban a terrorist outfit and has accused regional rival Islamabad of supporting it – which Pakistan denies – distancing itself from any talks. Hence, the involvement of India in the Afghan peace process would affect the India-Pak relations as well.

The US signed a peace deal with the Taliban in late February following lengthy talks in Qatar. The roadmap laid out a path for the gradual withdrawal of US troops from Afghanistan, as well as broader inter-Afghan political settlement and a prisoner swap between the Taliban and the US-backed government in Kabul.

However, the deal did not end violence on the ground, as talks between the militants and Kabul have stalled, and the Taliban ramped up attacks against the Afghan security forces. Last month, the militants called the direct dialogue with the Afghan government “fruitless.”

Khalilzad has been leading the US effort to re-engage with the Taliban and set up a new round of negotiations.

After the United States signed a landmark agreement with Afghanistan’s hard-line Taliban movement, the peace process stipulated by the agreement is already under severe strain because of disagreements over multiple issues mentioned in the agreement and outside its scope. This will kickstart the Afghan peace process.

The Taliban and the Islamic Republic, the Afghan government and factions supporting the current political system, have already missed the March 10 deadline for beginning direct talks aimed at concluding a lasting cease-fire and working out a power-sharing agreement in a future political system during the next four months.

The immediate sticking issue is the release of some 6,000 predominantly Taliban prisoners.

The agreement commits the United States “to work with all relevant sides on a plan to expeditiously release combat and political prisoners as a confidence-building measure with the coordination and approval of all relevant sides.”

But the Afghan government, which actually holds the prisoners, is not a party to the agreement and has pushed for the issue to be included in the intra-Afghan negotiations.

The Hindu: India should discuss its concerns on terrorism directly with the Taliban, said US Special Rep. for Afghanistan Reconciliation Zalmay Khalilzad, adding he had discussed how India could play a “more active role” in Afghan peace process during his talks in Delhi Thursday. pic.twitter.com/PvNAkyIdri— ShamshadNews (@Shamshadnetwork) May 9, 2020

The Taliban, however, has already rejected a March 10 decree by President Ashraf Ghani that stipulated a phased conditional release of 5,000 Taliban prisoners.

The Taliban refusal has apparently prompted the Afghan government to walk back on releasing 1,500 detainees to begin the process. “We have received the lists of the [Taliban] prisoners to be released.

We are checking and verifying the lists; this will take time,” Afghan National Security Council spokesman Jawed Faisal said on March 14. More crucially, he added that Afghan authorities “want guarantees that they will not return to fighting.”

The controversy over the prisoner release comes amid a larger political crisis over last September’s presidential election. A week after Ghani was sworn in for a second term, his rival, Abdullah Abdullah, still insists that he, too, is the president.

The two men continue to work from adjacent palaces amid a tense standoff. Their rivalry has so far failed to seep deep into the Afghan government organizations, which are broadly controlled by Ghani.

But nearly a week after U.S. Peace Envoy Zalmay Khalilzad said he is trying to help the two to come “to an agreement on an inclusive and broadly accepted government,” there are no visible signs of a patch up despite Khalilzad’s saying that “both leaders made clear that they are open to negotiations to end the political crisis and that peace and reconciliation is the priority.”