Kim Kardashian’s photo shoot for the cover page of Vogue India sparked fury on the Internet. Her first ever photo shoot with the magazine in traditional Indian attire ensued backlash on social media as people say the magazine did injustice to the real beauty of India. 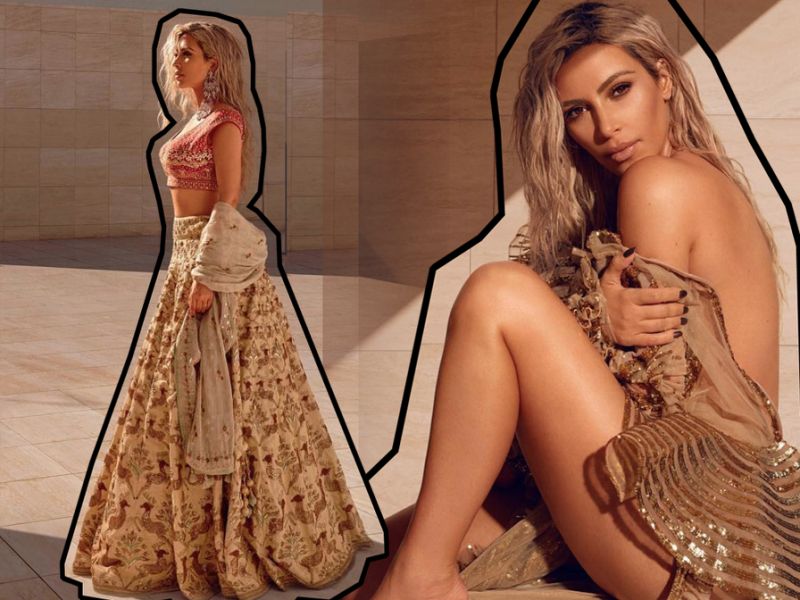 People have questioned the magazine’s inability to highlight real Indian beauty by not featuring a brown-skinned Indian girl. They have accused magazine of perpetuating a cycle of underrepresentation of Indian beauty.

I can’t believe @VOGUEIndia featured Kim Kardashian on their cover as if we don’t see her featured on a different magazine every day. India’s vogue should embrace and feature their own south Asian women instead of choosing someone from pop culture

But others were quick to point out that ‘Vogue India’ features International models once in a blue moon. Actresses Deepika Padukone and Kareena Kapoor were Kim’s predecessors.

Read more: What makes the selfie generation narcissistic and in love with itself?

This is not the first time the fashion magazine has faced backlash over the notorious Kardashian family. In May 2017, the magazine received similar criticism when they chose Kardashian’s younger sister Kendall Jenner to grace the cover page of the magazine.

Kim Kardashian, however, described her photo shoot as ‘beautiful’. The 37-year old star was dressed in a lehenga-choli and dupatta designed by Anita Dogre. Duchess of Cambridge too wore Anita Dogre when she was on her visit to India in 2016.

Kim Kardashian in her interview with Vogue India admitted she did not imagine her empire growing to the size it is today.

“No, I didn’t actually. I thought I was just going to run my clothing store. I didn’t think [the show] would go beyond season 1 or 2. And then as things were happening, my mom and I were so excited. We didn’t even know what we were starting, but we knew we were in it together. We definitely made so many mistakes.”

She further added, “At first, we would be involved in anything. But it helped us work our way up to now, to launching a beauty brand completely by myself, and funding it all.”

She also gave advice to young female entrepreneurs by saying “Don’t give your name away. Stand your ground on being an owner in your company.”

Previous article
The mighty Shehzore is finally back!
Next article
The curse of yellow journalism in Pakistan