After decades of negligence and self-centered approach of the Muslim leaders, Pakistan, Malaysia and Turkey along with Iran seem to be concerned about their people [Muslims] in an increasingly Islamophobic world. The Kuala Lumpur Summit 2019 is the first step in the right direction. 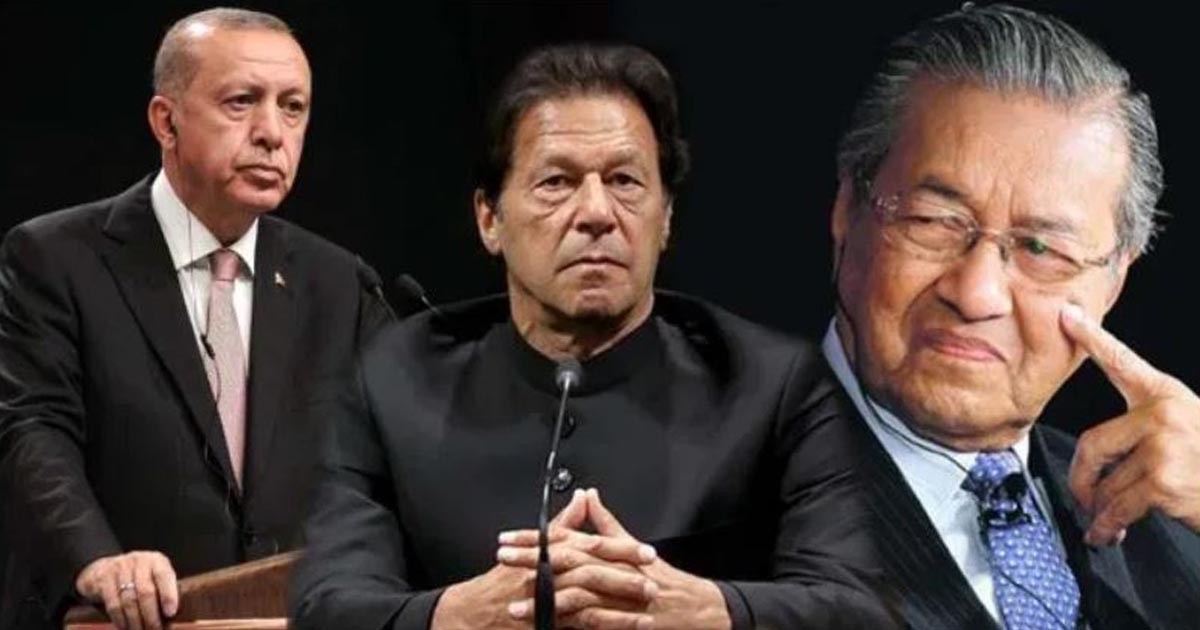 Prime Minister Imran Khan on the invitation of his Malaysian counterpart Dr. Mahathir Mohamad will participate in the Kuala Lumpur Summit on December 18-20. The said summit is expected to be an important gathering of the Muslim leaders with a shared agenda related to the Muslim world and its collective challenges in a highly interconnected world.

The summit is an initiative of Dr. Mahathir to gather five Muslim nation namely Pakistan, Indonesia, Turkey, Qatar and the host Malaysia to foster cooperation to achieve socio-economic development.

Read More: Most leaders of the Muslim world are not leaders but office holders: PM Imran Khan

The spokesman said earlier, the Prime Minister would also visit Geneva on December 17-18 to co-convene the first Global Refugees Forum in December in recognition of Pakistan’s generosity, hospitality, and compassion for hosting the Afghan refugees for over four decades.

Dr. Faisal noted that several heads of states were expected to join Prime Minister Imran Khan at the Global Refugees Forum, the first major meeting on refugees in the 21st century, which would be jointly hosted by UNHCR, UN Refugees Agency, and the Swiss government.

Malaysian Prime Minister Mahathir Mohamad said Friday that four countries including Turkey will be playing a pioneering role in the 2019 Kuala Lumpur Summit. Briefing about the summit which will be held between Dec. 18-21, PM Mahathir said the summit was a baby step towards identifying problems that haunt the Muslim world and find solutions for them, and he called for support for the initiative.

PM Mahathir further noted that the upcoming summit will be an alternative to the Muslim bloc Organization of Islamic Cooperation and could grow into a larger initiative in the future.

Trilateral summit on the sidelines of the 74th session of UNGA

In September this year, Prime Minister Imran Khan, along with Turkish President Recep Tayyip Erdogan and Malaysian counterpart Mahathir Mohamad agreed to jointly counter anti-Islam forces. Three leaders reportedly took part in a trilateral summit on the sidelines of the 74th session of the United Nations General Assembly (UNGA) where they agreed on possible measures to counter Islamophobia.

PM also announced on his Twitter handle that a TV channel was going to be launched by these three countries. “President Erdogan, PM Mahatir and myself had a meeting today in which we decided our 3 countries would jointly start an English language channel dedicated to confronting the challenges posed by Islamophobia and setting the record straight on our great religion – Islam.”

President Erdogan, PM Mahatir and myself had a meeting today in which we decided our 3 countries would jointly start an English language channel dedicated to confronting the challenges posed by Islamophobia and setting the record straight on our great religion – Islam.— Imran Khan (@ImranKhanPTI) September 25, 2019

He further noted that “Misperceptions which bring people together against Muslims would be corrected; the issue of blasphemy would be properly contextualized; series & films would be produced on Muslim history to educate/inform our own people & the world; Muslims would be given a dedicated media presence.”

According to Pakistan’s former permanent representative Maleeha Lodhi, the states have agreed “to promote the narrative of Muslims to counter Islamophobia and to cooperate in the area of film and also establish a joint TV channel”.

The three countries, she added, affirmed to pool their talent and knowledge, as well as, collaborating in research and development.

Propaganda against Muslims and Islam

It is important to note that since the end of the 20th century there have been deliberate efforts by the western media and scholars to present a violent image of Islam. In this regard, Edward Said wrote an insightful book titled Covering Islam: How the Media and the Experts Determine How We See the Rest of the World and presented a factual analysis of the situation. He outlined how the western media deliberately initiated a war against imagined violent Islam.

The leading newspapers in the United States in the 1990s published countless anti-Islam articles. In 1996 an article titled Seeing Green; The Red Menace Is Gone. But Here’s Islam was carried out by the New York Times which cultivated hatred against Islam by dividing people between Us vs. Them.  The campaign against Islam resulted in what now the Western Media terms as “hate crimes”. The white supremacists do not want Muslims to be there at any cost. Now it is questioning the order within developed societies e.g. USA, UK, and Australia.

Political analysts and experts believe that Pakistan along with other Muslim countries should work on countering the propaganda against Islam. In this age of information warfare, it is pivotal to tell the world truth about Islam. In this regard, the efforts of the Prime Minister are appreciable and the aforementioned summit is likely to be productive.

Iran minister warns Saudi Arabian prince about getting into ‘battles’