Lack of global leadership spurs instability in the Middle East 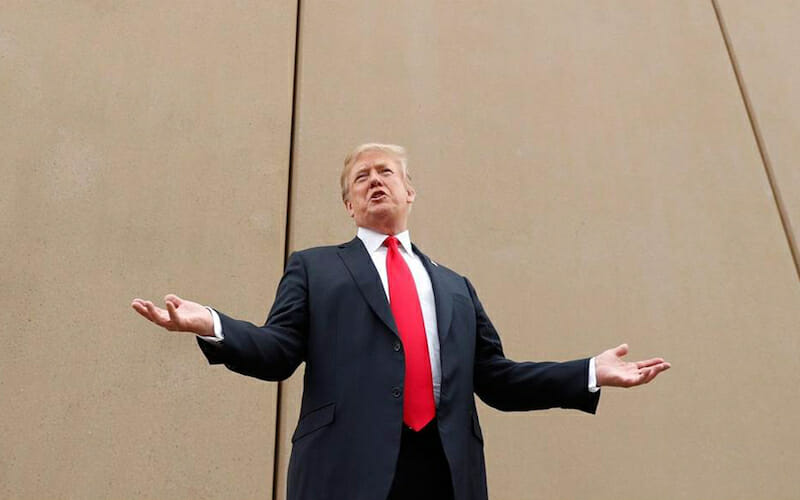 With multiple Middle Eastern disputes threatening to spill out of control, United Arab Emirates minister of state for foreign affairs Anwar Gargash acknowledged what many in the Middle East have long said privately: the UAE’s recently-found assertiveness and determination to punch above its weight stems from its inability to rely on traditional allies like the United States.

Badr al-Khashti, chairman of Kuwait Oil Tanker Company (KOTC) disclosed that Kuwait was studying whether to halt oil exports through the strait.

What is true for the UAE is equally true for Saudi Arabia and Israel. It also shapes responses of those on the US’s list of bad guys, including Iran, the Palestinians, and Iranian-backed Houthi rebels in Yemen.

Perceptions of US unreliability were initially sparked by former US president Obama Barak’s Middle East policies, including his declared pivot to Asia, support of the 2011 Arab popular revolts, criticism of Israel, and willingness to engage with Iran.

President Donald J. Trump has proven to be more partisan than Mr. Obama in his backing of the UAE, Saudi Arabia and Israel and his confrontational approach of Iran. Yet, his mercurial unpredictability has made him no less unreliable in the perception of US allies even if he appears to have granted Middle Eastern partners near carte-blanche.

“We are ready to take up more of the burden of security in our own neighborhood. We know that we can no longer rely on the United States, or the United Kingdom, to lead such military operations,” Mr. Gargash said in a speech in London.

Mr. Trump’s partisan approach as well as his refusal to reign in US allies has led to potential escalation of multiple conflicts, including the war in Yemen, mounting tension in Gaza between Israel and Hamas, a race for control of ports and military facilities in the Horn of Africa, Israeli challenging of Iran’s presence in Syria, and confrontation with Iran.

To be sure, the UAE, driven by a quest to control ports in the Horn of Africa and create a string of military bases, together with Saudi Arabia, played a key role in reconciling Ethiopia and Eritrea after more than two decades of cold war.

It also shapes responses of those on the US’s list of bad guys, including Iran, the Palestinians, and Iranian-backed Houthi rebels in Yemen.

More often, however, US allies appear to be increasingly locked into pathways that threaten mounting violence, if not outright military confrontation. Bad guys help fuel escalation.

The escalator policies of US allies, as well as their opponents, are frequently designed to either suck the United States and/or the international community into stepped-up support, including military intervention, or favorable mediation as a means of achieving their goals through negotiation.

Read more: The Middle East: History threatens to repeat itself

Arguably, and perhaps in a twist of irony, escalatory policies often constitute a conscious or unconscious clamour for US leadership in the absence of other powers such as China, Russia, and Europe, able or willing to shoulder responsibility.

This week’s escalation of the Yemen war that threatens the free flow of oil with Saudi Arabia halting oil shipments through the Bab el Mandeb strait and an unverified claim by Houthi rebels to have targeted Abu Dhabi’s international airport constitutes the latest fallout of US failure.

Analysts see the halt in oil shipments as an effort to get major military powers, including the United States, Europe, and Muslim allies like Pakistan and Egypt who have shied away from sending troops to Yemen, to intervene to defeat the Houthis.

Many of those powers depend on oil shipments through Bab el Mandeb. The bid to suck them into the Yemen war is an effort to secure a victory that neither Saudi Arabia or the UAE have been able to achieve in more than three years of fighting that has devastated Yemen.

Perceptions of US unreliability were initially sparked by former US president Obama Barak’s Middle East policies, including his declared pivot to Asia, support of the 2011 Arab popular revolts, criticism of Israel, and willingness to engage with Iran.

By the same token, Houthi rebels have sought to gain leverage installed United Nations peace efforts by targeting Saudi cities with ballistic missiles and making claims of attacks like on the Abu Dhabi airport that they have so far failed to back up with evidence.

“The real impact (of the halt) would be felt if other countries followed suit and halted shipments,” said Wael Mahdi, an energy reporter and columnist for Saudi newspaper Arab News, referring to Kuwait, Iraq and the UAE that also ship through Bab el Mandeb.

Mr. Mahdi argued that without a total halt of the flow of oil through Bab el Mandeb “things appear under control for the (oil) market,” but, he warned, “how can the world’s oil community be sure that the waterway is safe?”

In what amounted to a call for foreign intervention, Mr. Mahdi went on to caution that “countries might react too late. Will the world’s powers wait longer…before they ensure the safety of this vital waterway?”

Badr al-Khashti, chairman of Kuwait Oil Tanker Company (KOTC) disclosed that Kuwait was studying whether to halt oil exports through the strait.

Mr. Al-Khashti’s statement was notable given that Kuwait has sought to steer a middle ground in Saudi Arabia and the UAE’s disputes with Iran and Qatar. Similarly, Iraq, despite warming relations with Saudi Arabia, may not want to irritate Iran, with whom it maintains close ties.

The UAE, driven by a quest to control ports in the Horn of Africa and create a string of military bases, together with Saudi Arabia, played a key role in reconciling Ethiopia and Eritrea after more than two decades of cold war.

External powers responded cautiously to the Saudi halt of oil shipments. US and spokespeople said they were aware of the Saudi move.

Captain Bill Urban, a spokesman for US Central Command said: “We remain vigilant and ready to work with our partners to preserve the free flow of commerce throughout the region.” An EU spokesman noted that attacks on vessels in the strait were “a threat to international trade movements and heighten regional tensions.”

US recognition of Jerusalem as Israel’s capital as well as unqualified support for Israel’s hardhanded efforts aided by Egypt and the Palestine Authority to squeeze Hamas and suppress sustained protests along the Gaza-Israel border have emboldened Israeli hardliners, prompted Palestinians to refuse US mediation and, together with Hamas moves to capitalize on the mounting tension, threaten to spark renewed military confrontation that neither side wants.

The United States and Iran are locked into an escalating war of words threatening further interruptions of the flow of oil as well as doom and gloom against a backdrop of the imposition of harsh US sanctions and the US and Saudi Arabia toying with attempting to spur ethnic unrest in Iran in an effort to topple the regime in Tehran.

Said political scientist Ian Bremmer: “The lack of clear, uncontested international leadership is everywhere we look these days… Yet nowhere is the destabilizing impact of this trend more obvious, and pressing, than in the Middle East… The result…will be more uncertainty, more assertive behavior, more lines crossed and rising fears that no one has the power to contain the risk of new forms of Middle East conflict.”

Dr. James M. Dorsey is a senior fellow at the S. Rajaratnam School of International Studies, co-director of the University of Würzburg’s Institute for Fan Culture, and co-host of the New Books in Middle Eastern Studies podcast. James is the author of The Turbulent World of Middle East Soccer blog, a book with the same title as well as Comparative Political Transitions between Southeast Asia and the Middle East and North Africa, co-authored with Dr. Teresita Cruz-Del Rosario,  Shifting Sands, Essays on Sports and Politics in the Middle East and North Africa, and the forthcoming China and the Middle East: Venturing into the Maelstrom