Mahathir resigns in a gloomy turn of events: PM Khan losses an ally

Malaysians invited Mahathir to become PM and turnaround their quality of life. However, he could not survive political instability. Mahathir Mohammad's resignation will have consequences on the Muslim world in general and Pakistan in specific. It is uncertain that PM Khan could find a counterpart so close in Malaysia again. 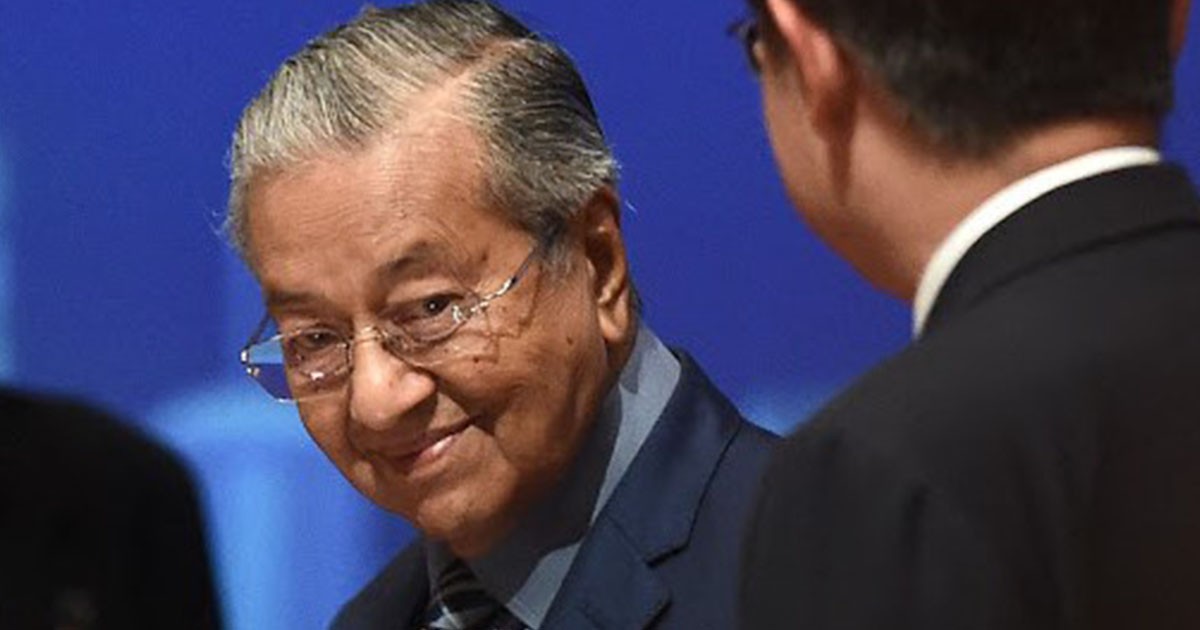 Malaysian Prime Minister Mahathir Mohammad, at 94 the world’s oldest leader, submitted his resignation to the king after a bid by his allies to bring down the government and block the succession of leader-in-waiting Anwar Ibrahim.

The shock move followed 24 hours of political drama which saw an attempt by Anwar’s rivals within his own “Pact of Hope” coalition, which stormed to a historic election victory in 2018, and opposition politicians to form a new government.

The coalition would reportedly have excluded Anwar, Mahathir’s presumptive successor, and most of the lawmakers from his party, which would have stopped him from becoming premier any time soon.

Anwar and Mahathir have a notoriously stormy relationship but they reconciled ahead of the 2018 polls, and Mahathir has repeatedly promised to hand over power to his former foe. The bid appeared to have fizzled out by early Monday, however before Mahathir’s office announced he had “sent a resignation letter as prime minister of Malaysia” to the king at 1:00 pm.

What would happen next was far from clear, however. Anwar was due to meet the king Monday afternoon. While the monarch’s role is largely ceremonial, he confirms the appointment of the country’s prime minister and Anwar could be hoping to persuade him that he has enough support from MPs to form a government, observers said. However, Mahathir’s party Bersatu also announced it was leaving the “Pact of Hope” coalition suggesting they could be making their own attempt to form a government.

Earlier, two of Anwar’s rivals from his People’s Justice Party, Mohamed Azmin Ali, and Zuraida Kamaruddin seen as key figures in leading the bid to form a new government and block his ascent were sacked, the party announced.

Mahathir and his coalition’s six-decade rule

Anwar had teamed up with former nemesis Mahathir ahead of the 2018 elections to oust the government of Najib Razak, who had become embroiled in the massive 1MDB graft scandal.

They led an alliance to an unexpected victory against a coalition that had ruled Malaysia uninterrupted for over six decades, and Mahathir agreed to eventually hand power to Anwar. Though, long political rivals, Mahathir and Anwar, had formed a coalition ahead of 2018 elections to defeat the UNMO-dominated Barisan National Coalition. The elections result dethroned, the-then premier Najib Razak.

Malaysian Prime Minister Mahathir Mohamad submitted his resignation to the country's king on Monday, his office announced, a shock move that could plunge the country into political crisis. https://t.co/yyYMJ1xkqU

But Mahathir, in his second stint as premier after first holding the role from 1981 to 2003, has repeatedly refused to say when he will transfer power, stoking tensions within the four-party coalition.

The alliance’s popularity had plummeted as it was accused of failing to raise living standards and protect the rights of the ethnic Malay Muslim majority, and it lost a string of local polls. According to reports, the proposed new government aimed at blocking Anwar would have included Mahathir’s party, the United Malays National Organisation the party of scandal-tainted ex-leader Najib and a hardline Islamist group.

Many were angry, however, that the democratically elected government, which came to power partly on a pledge to push through much-needed reforms, could be replaced without an election. The people “will not agree to or cooperate with any ‘backdoor’ government formed out of the selfish, self-preservation agenda of certain MPs”, said a statement from a group of leading activists and academics. Some called for a snap poll, although politicians appeared to be trying to form a new government without holding an election.

What does it mean for Pakistan

The resignation of Mahathir Muhammad will have a serious setback for Prime Minister Imran Khan, who enjoyed strong relations with the Malaysian premier. Both Pakistan and Malaysia had fortified their diplomatic relations substantially under the partnership of PM Khan and PM Mahathir.

Pakistan may lose a staunch backing of Malaysia on Kashmir issue internationally with a shake-up in the Malaysian government. Mahathir Muhammad risked the trade ties with India for its vociferous support on Kashmir issue and calling out Indian Prime Minister Narendra Modi for the ongoing brutalities in Indian Occupied Kashmir. India had suspended trade of palm oil with Malaysia in vengeance over the latter’s continuous support on the Kashmir issue. Mahathir Muhammad raised concerns over the Kashmir in his UNGA speech and pressed for the solution of the humanitarian crisis as per the UN resolution.

Malaysia under the leadership of Mahathir also supported Pakistan in FATF matter. Therefore, Pakistan has fair reasons to worry about the support of allies it crucially needs to avoid blacklisting from FATF.

Malaysia also considered purchasing JF-17 Thunder fighter jets from Pakistan after Prime Minister Mahathir Mohamad’s visited Islamabad last year. However, it is uncertain that this defense deal and closeness to Pakistan could continue under upcoming regime in Malaysia.

Malaysian PM Mahathir Muhammad, Pakistani premier Imran Khan, Turkish President Recep Tayyip Erdogan proposed initiatives for resurgence and consolidation of Muslim Ummah. Troika of countries planned to launch a platform to fight Islamophobia. An international conference was held in the Malaysian capital earlier this year. But PM Khan could not visit the Malaysian Summit due to Saudi apprehensions.

Mahathir Mohammad’s resignation will have consequences across the Muslim world and Asia.

Previous articleBest Luxurious Mid Ranged Smartphones Under 30,000 in Pakistan
Next articleCoronavirus in the neighborhood: Pakistan closes its border

27 July 2021
Previous articleBest Luxurious Mid Ranged Smartphones Under 30,000 in Pakistan
Next articleCoronavirus in the neighborhood: Pakistan closes its border

August Editorial Periscope: making sense of what is happening now in Kashmir

Junagadh should be merged with Pakistan: Nawab of Junagadh