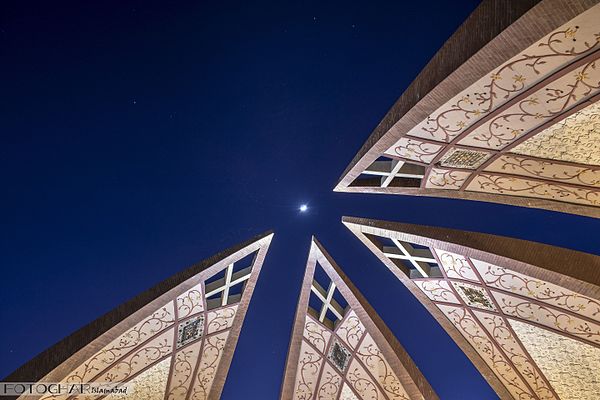 Margalla hills and surrounding areas have been engulfed in a smoke cloud, a hallowing sight for the residents of the twin cities. Fire erupted in the Margalla Hills yesterday afternoon, according to the witnesses. It is the first major fire of the season, and such fires can erupt due to several reasons such as rising temperatures, burning of garbage or dried leaves or even due to the discarding of burnt cigarettes in the forest area.

The concerned authorities have shown negligence on their part as the fire is yet to be extinguished. Fire department officials reached the spot but their efforts have been in vain, so far, to overcome the blaze. Usually fire fighters use traditional methods to extinguish fire as such areas are inaccessible for fire brigade vehicles. The fire has spread across an area of one kilometer and is extending towards the hilly area surrounding the Faisal Mosque.

“As a member of the British American Tobacco Group, Pakistan Tobacco Company controls and reduces its impact on the natural environment using the ‘3 R’s Principle’; Reduce, Recover and Recycle.

The fire brigade of Islamabad has been reportedly criticized for lacking behind in the latest equipment and technology required for extinguishing fires, specifically for the fires that erupt in inaccessible areas.

Read more: No Water? You must be talking of Karachi; No its Islamabad…

Health Concerns for the Residents

It is unfortunate that blazing fires engulf the iconic green Margalla Hills every summer. Smoke billowing from the hills could be seen from far-flung areas of the city. The local population on self-help basis initiated efforts to extinguish the fire. Such fires endanger wildlife and the locals residing in the hills. In one of the fire incidents, on the Margalla Hills, a UN event had to be cancelled and the international visitors had to evacuate.

They are hazardous to the environment and are a concern for the healthy well being of the residents of Islamabad. As already asthma and pollen allergies are creating disturbances for the residents of Islamabad. Islamabad is often dubbed as the “allergy capital of the world”. The pollen count in Islamabad hovers above 30,000 particles per cubic meter during the peak season. According to reports the pollen count this year has been the highest as recorded. Fire smoke, pollen along with other pollution inhalants are creating severe health concerns for the residents in Islamabad.

CDA claims to have conducted a number of plantation drives on the Margalla Hills over the years, however, despite their claims the hills are standing dry and barren. The Margalla Hills is a symbolic feature of Islamabad and, as envisioned by the planners and creators of the city, it was to be preserved as a National park. However, there have been numerous constructions on the national park of Islamabad.

The concerned authorities have shown negligence on their part as the fire is yet to be extinguished. Fire department officials reached the spot but their efforts have been in vain, so far, to overcome the blaze.

Last year in November the Supreme Court ordered an investigation against CDA officials for allowing illegal construction on the Margalla Hills. It is unfortunate that economic reasoning triumphs over environment reasoning and the natural beauty of Islamabad is at expense.

Luxury Hotel and Cricket Stadium in be Built in Shakarparian

Shakarparain has, as well, fallen prey to the plans of Pakistan Cricket Board to construct a huge cricket stadium within its premises. Shakarparain is a part of the Margalla National Park yet could not escape the clutches of “economic development”. CDA allotted 35 acres of land in Shakarparian, during the PPP government, for the construction of a cricket stadium and a luxury hotel.

National Parks are owned by the government for conservation purposes. In 1980, under Section 21(1) of the Islamabad Wildlife (protection, conservation and management) Ordinance, the Margalla Hills was given a status of a National Park.

The previous Government had initiated plans to construct a tunnel through the Margalla hills, connecting Islamabad to Haripur. However in 2013 the Supreme Court ordered the Margalla Tunnel Project to be stopped as the status of Margalla Hills National Park has to be maintained.

Thus, we operate a system of Corporate Social Responsibility that covers energy conservation, water air and soil protection, afforestation (which is the subject of our case) and minimizing usage of natural resources”, according to the company. Such CSR efforts are appreciated and must be followed by other local organizations as well.

“Shakarparian, Banigala and Margalla Hills are all part of the Margalla Hills National Park and are the lungs of the capital city. Banigala, which is the catchment area of Rawal Lake, has already been lost, but Shakarparian and Margalla Hills are now under attack by developers and the short-sighted policies of the Capital Development Authority (CDA),” stated Duskha Saiyid, one of the founding members of Green Force, a small group of volunteers working to protect Islamabad’s greenery from further destruction.

Saif Ali Khan: A star in Bollywood — and on Netflix