The Middle East is at a crossroads. The coronavirus pandemic and its economic fallout confront regional leaders with a stark choice: dial down tensions to open the door toward cooperation in tackling existential challenges or risk ever more aggravated political and economic threats enhanced by a potential wave of social protest. 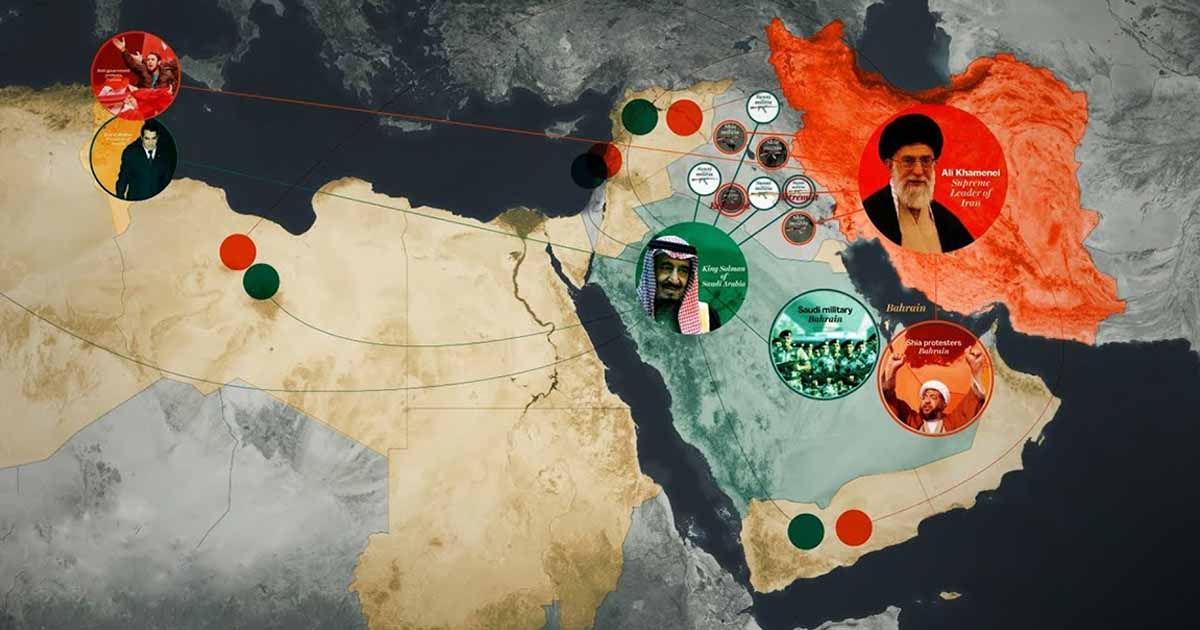 A second wave of the coronavirus pandemic is raising its ugly head. It is putting Middle East leaders at a crossroads as they struggle to contain the disease and tackle its economic fallout.

The question is whether they are getting the message: neither containing and controlling the virus nor economic recovery is a straight shot. Both are likely to involve a process of two steps forward, one step backwards, and no state can successfully tackle the multiples crises on its own.

Coronavirus can amplify tensions in the Middle East

The Middle East is a part of the world in which conflicts and problems are not just complex but inherently interconnected. The pandemic poses not only political, economic, and social challenges. It also calls into question regional security arrangements that reinforce fault lines rather than create an environment that allows rivals to collectively manage disputes as well as diseases whose spread is not halted by physical and other boundaries.

At stake is not just regional but also global security. Focused on their own healthcare and economic crises, Western nations ignore Middle Eastern and North African instability at their peril. They risk waking up to threats that could have been anticipated.

Suspected Russian hopes that an end to the Libyan war would allow for the creation of a Russian military base on the southern shore of the Mediterranean that would complement facilities in Syria would be one such impending threat.

“Russia wants a foothold in Libya, and that’s a fact,” said Pavel Felgenhauer, a Russian military analyst at the Jamestown Foundation. US officials warned that a permanent Russian presence would enhance Russia’s efforts to weaken the already strained trans-Atlantic alliance.

The prospect of increased Russian influence in the Mediterranean coupled with China’s expanding sway over ports in the Eastern Mediterranean raises the specter of emboldening Turkey as it aggressively seeks to grow its control of energy-rich waters in the region in violation of international law.

Coronavirus can be defeated with cooperation

“To avoid the worst outcomes for an already fraught region, there is no substitute and frankly no alternative to some form of cooperation among regional actors. . . . With the Middle East likely to emerge from the COVID-19 crisis more fragile and potentially explosive than before, a cooperative architecture that can build regional resilience is an imperative,” said strategist Steven Kenney and international relations scholar Ross Harrison in a just released Washington-based Middle East Institute report.

The economic part of the message is already evident: Putting an end to the pandemic and economic recovery will be a painful and long-drawn-out process.

#Iran and #Turkey have been the countries in the Middle East hardest hit by #COVID19. Their epidemics – which both governments mismanaged – amplified their democratic deficits, compounded their economic crises, and prompted failed diplomatic offensives: https://t.co/X7jvTiJGMH— FDD (@FDD) June 11, 2020

Countries like Saudi Arabia, Iran, Lebanon, and Israel are witnessing the first signs of the pandemic’s second wave.

Read more: Will China gradually replace the United States in the Middle East?

Increasing the likelihood of a cancellation of this year’s Muslim pilgrimage to the holy city of Mecca scheduled for late July, Saudi Arabia re-imposed a lockdown in the Red Sea port of Jeddah, the haj’s major gateway, after a spike in coronavirus infections. The lockdown involves a two-week, 15-hour curfew from 15:00 p.m. to 06:00 a.m.

A dramatic surge in infections in Iran, averaging 3,000 new cases a day, has rekindled the Middle East’s largest outbreak, weeks after the country appeared to have tamed the virus.

Israel closed dozens of schools and ordered any school reporting a virus case to shut down following a surge in coronavirus cases that swept through classrooms two weeks after they were allowed to reopen. Mass social and economic protests in Lebanon, a country on the brink of financial collapse, have heightened the risk of a second wave of the pandemic.

Financial distress in the Middle East

Based on a survey of 1,228 CEOs, the Dubai Chamber of Commerce warned that a  staggering 70 percent of businesses in the emirate expect to close their doors within the next six months.

The warning came as the UAE government extended a nightly curfew following a doubling of infections after it eased lockdown restrictions.

Government-backed UAE carriers Emirates and Etihad Airways have since extended reduced pay for staff until September as they try to preserve cash.

Austerity measures threaten to bring the social unrest that has swept the Middle East and North Africa for the past decade closer to the Gulf.

“If it’s temporary, one or two years, I can adapt. My concern is that more taxes will be permanent — and that will be an issue,” said Mohammed, a Saudi government worker after his $266 USD a month cost of living allowance was cancelled and sales taxes were tripled as part of painful austerity measures announced by Finance Minister Mohammed Al-Jadaan.

Mr. Mohammed’s words were echoed in a rare pushback against the government by columnist Khalid Al-Sulaiman, writing in the Okaz daily, one of the kingdom’s tightly controlled media outlets.

Pandemic upends high hopes for 2020: Saudi Arabia had only just begun to open its doors to tourists, when the coronavirus dashed the crown prince's road map of reforms. Now, even the hajj pilgrimage could be cancelled or pared down. By @ayaelb. https://t.co/td6hX2khMq— AP Middle East (@APMiddleEast) June 16, 2020

“I was hoping [the minister] would say [the tax hike] would be reviewed after the coronavirus crisis is gone or contained, or when oil prices improve, but he did not say that. Citizens are feeling concerned that pressure on their living standards will last longer than the current crisis,” Mr. Al-Sulaiman said.

The challenges Gulf states face of an ongoing healthcare crisis and a painful, protracted, and complex road toward economic recovery, coupled with debilitating regional conflicts that not only fester but appear to be expanding, are almost insurmountable obstacles.

Renewed efforts of rapprochement in the Middle East

Kuwaiti efforts to resolve the rift in the Gulf and pressure by US President Donald J. Trump on Saudi Arabia, the United Arab Emirates, and Bahrain to lift their three-year-old air embargo of Qatar have raised, perhaps prematurely, the hope of an end to the conflict. Although there is no public indication that the parties are willing to seriously engage.

The proxy war in Libya, in which the UAE-backed forces of rebel commander Khalifa Haftar are on the defensive, is extending into the Eastern Mediterranean as Turkey claims rights in energy-rich territorial waters in violation of international law.

Meanwhile, Abu Dhabi-based English language newspaper The National, despite UAE efforts to reduce tension with Iran, seemed, to stop just short of inviting Israel to attack an Iranian Revolutionary Guards Corps’ command and control center on the outskirts of the main airport of Damascus, the capital of Syria.

“For now, the Glass House remains unshattered,” The National said in a detailed expose of the center dubbed The Glass House.

Middle Eastern leaders are confronting the worst pandemic of crises since independence.

Addressing those predicaments requires regional and global leadership which looks beyond immediate survival and ideological and geopolitical rivalries; a leadership that recognizes that stability and solutions to shared threats must be vested in longer-term managing and cooperation in tackling common challenges rather than maintaining conflict.

The problem is that few leaders seem willing or able to step up to the plate.