Misuse of #MeToo: In defense of Dr. Taimur Rehman 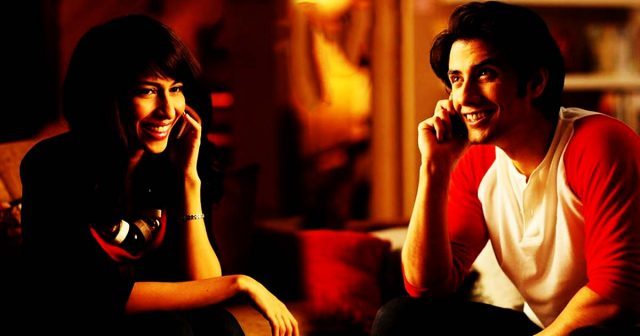 Justice Potter Stewart of the Supreme Court of the United States of America used a phrase, a colloquial expression, in 1964 which had immortalized him. He was dealing with a complex, very subjective, and highly controversial issue of obscenity. In Jacobellis v. Ohio the judge found himself in a dark alley when he was unable to define and determine what was obscene and what was not? Justice Stewart, an intelligent American jurist, simply resolved the matter and concluded the judgment, saying “I know it when I see it”.

As a matter of fact, Social Science is not an exact science. Social scientists deal with complex human behavior, their emotions, sentiments, and perplexing social and political processes which do not have a pre-determined course of actions. Hence, within Social Science, there is an intense debate on whether to call it a Science or not.

Once again Pakistani liberals and ‘defenders of women rights’ stood up against Ali for allegedly harassing his colleague. Ali kept on refuting the allegations but nobody trusted him.

Or, simply, can it really be a Science? Similarly, there are many concepts and theories which have different meanings for different persons, living in different social settings with diverse personal and historical experiences. Therefore, we are often advised while reading a book on Sociology or Politics never to ignore the background of the author. It helps in understanding the unwritten message and purpose of the text.

Now let’s come to the point. In August 2017, Ms. Ayesha Gulalai, Member of the National Assembly of Pakistan and a woman leader of Pakistan Tehreek-e-Insaf (PTI), accused Imran Khan of sexual harassment. “Imran Khan sent some indecent texts to me back in 2013”, she said. She remained in the party for almost 4 years, became MPA and held several meetings with Imran Khan but ultimately decided to spoke up and quitted the party.

Pakistani liberals and anti-PTI anchors did not ask for any evidence and started bashing PTI Chairman, patriarchal social settings, and gender insensitivity in public spaces in the country. Several articles were written and Imran Khan was pressured to address the allegations against him to prove himself innocent. Unfortunately, this demand by the westernized Pakistani intellectuals reversed the settled principle of law ‘innocent until proven guilty’.

On 19th April 2018, Meesha Shafi, Pakistani singer, accused her colleague and renowned singer and actor Ali Zafar of sexual harassment. She posted a tweet and accused Ali of harassment. Once again Pakistani liberals and ‘defenders of women rights’ stood up against Ali for allegedly harassing his colleague. Ali kept on refuting the allegations but nobody trusted him. The matter has been brought before the court by Ali.

Many women in Pakistan also came forward against their harassers and shared their bitter experiences. Our media and journalists treated them with dignity and listened to them.

It is unfortunate to see a sea of journalists, commentators, and opinion makers defending allegations of sexual harassment without demanding evidence. Is it justified to trust Ms. Ayesha Gulalai and Meesha Shafi without probing into the story? Can and should a woman be trusted only because of her gender? A few days back, an analyst wrote an interesting piece titled Don’t Believe Me Just Because I’m a Woman. “I promise you that women sometimes lie. They sometimes misremember. They are sometimes mistaken,” she argued.

#MeToo is a social movement against sexual harassment and sexual assault. It got popularity in 2017 when many actresses and celebrities spoke up and exposed some big names who were allegedly involved in the worst sort of sexual harassment. Many women in Pakistan also came forward against their harassers and shared their bitter experiences. Our media and journalists treated them with dignity and listened to them.

But soon it became debatable to determine what harassment is? Who will determine it? How will it be determined? Can sending a friend request on Facebook be harassment? How to deal with the allegations leveled against a man by a woman? What will be the criteria to determine the validity/reliability of the allegations? Should we suppose all women are telling the truth? Should media trial be allowed? So on and so forth.

As outlined above, concepts and movements need to be understood in their sociological context. For example, it is possible that a socially approved action in America is tantamount to the worst type of deviation in Pakistan. Therefore, the ongoing movement needs careful deliberation and serious efforts to remain in line with its manifest objectives.

Sexual harassment is a reality in Pakistan. But alleging men without any evidence is not a solution but only an ill-thought action which creates more problems.

Interestingly, with regard to #MeToo our liberals have introduced a unique criterion; let the women come out and speak up against their harassers. Evidence? Not needed since Pakistani is a patriarchal society so we should encourage women who are coming at the front. Evidence? Not needed. If you are insisting you are surely a misogynist, supporting the harassers and are probably a harasser himself. Stay quiet!

Just three days ago, journalist Urooj Zia accused Dr. Taimur Rehman of LUMS of sexually harassing some women. “15+ reports of @Taimur_Laal grabbing women’s butts at KLF ’14 – not accidents; proper copping a feel – while he was there with his pregnant wife. The women wish to remain anonymous because they don’t want their names associated with the vileness that is Taimur Rahman. #MeToo” she tweeted.

15+ reports of @Taimur_Laal grabbing women's butts at KLF '14 – not accidents; proper copping a feel – while he was there with his pregnant wife. The women wish to remain anonymous because they don't want their names associated with the vileness that is Taimur Rahman. #MeToo

Dr. Rehman categorically rejected the allegations and preferred not to speak much on the subject. Since Dr. Rehman is a prominent academician, renowned Marxist, and a proponent of Leftist politics, therefore Dawn and Express Tribune, guardians of women empowerment in Pakistan, preferred not to cover the story. This is what happened during Ayesha Ahad’s case that could not get the attention of the media despite having evidence against Hamza Shahbaz. These cases expose the politics of media in Pakistan.

The point I want to make here is simple; whether it is about Imran Khan, Ali Zafar or Dr. Rehman Pakistani media should follow some basic principles of jurisprudence and journalism. Initiating a campaign against a man after being accused by a woman without having any substantial evidence is very dangerous. It is likely to create greater social impacts, disturbing our social setting, and turning #MeToo into a battle between men and women. Let it remain a movement which seeks to help out women having some evidence to expose their attackers.

Take an example, all those men supporting allegations against Imran Khan, Ali Zafar and Dr. Taimur Rehman face the same kind of challenges tomorrow? What if an angry colleague or a friend of yours asks someone to do write a tweet and accuse you of sexual harassment? Will you be able to survive in this society after facing the worst sort of media trial against you? Never forget what goes around comes around.

Sexual harassment is a reality in Pakistan. But alleging men without any evidence is not a solution but only an ill-thought action which creates more problems. We need debates on social, print, and electronic media to determine what constitutes harassment and how the media and the state will deal with someone alleged by a woman of sexual harassment.

Since Ms. Urooj has not shared any evidence with us to prove her allegations. Therefore, I decide to stand by Dr. Taimur Rehman until he is proven guilty.