In recent years, monsoon rains have intensified in Pakistan. The country is already fighting Coronavirus but a new crisis is homecoming risking food crisis and mass displacement. So is Pak ready for monsoon floodings? Not to mention, Pakistan witnesses heavy floods every 10 years i.e., 1999, 2010 & now 2020? 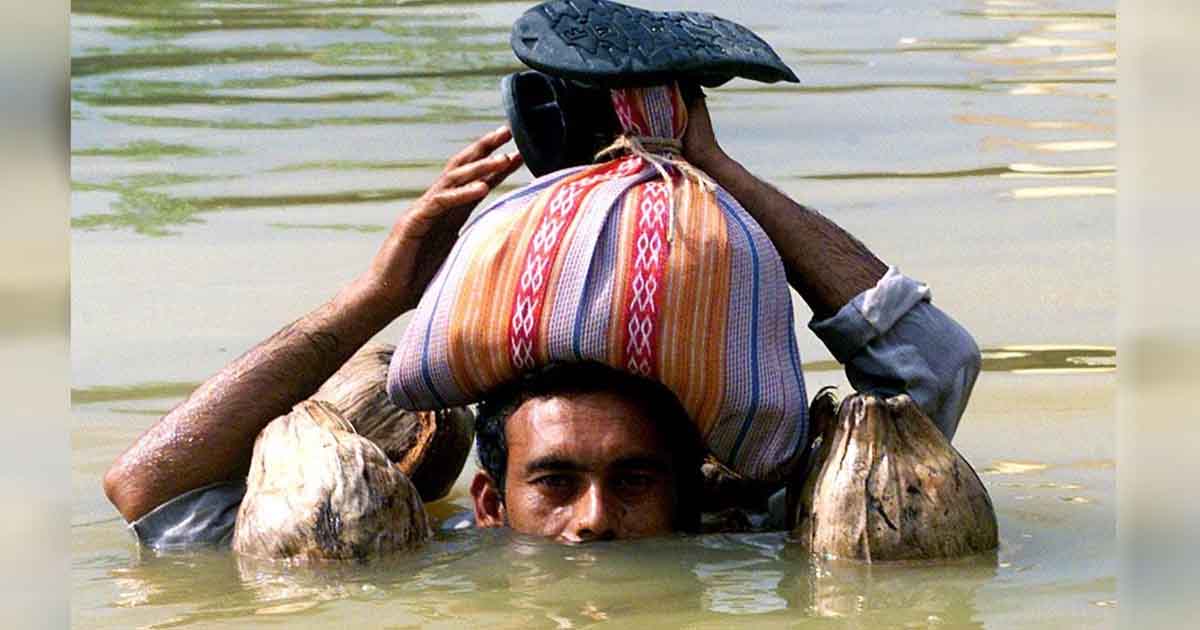 Extreme flooding and drought in recent years has sparked repeated national emergencies in Pakistan, which depends on the Indus for 90% of its food production. In 2010 and 2013 heavy flooding destroyed the harvest and the homes of millions of people while displacing them for months. From February to April 2019, widespread flash flooding affected large parts of Pakistan, most severely in Baluchistan, KPK, Punjab, and other provinces.

Climate change in the subcontinent has resulted in rising temperatures that as a consequence has resulted in increased melting of glaciers. This winter has seen heavy snowing, this will add to the danger of flooding when the snow melts and the water in addition to the one coming down from the glaciers make the rivers and canals overflow their banks.

In January this year the people of north and south-west provinces of Pakistan namely Baluchistan and Pakistan Administered Kashmir (PAK), Gilgit Baltistan (GB) and Khyber Pakhtunkhwa (KP) faced an unexpected heavy spell of rain/snowfall and avalanches. Astor valley in Gilgit Baltistan has received the heaviest snow spell in a 100 years history, isolating the region from the rest of the country.

The period between now and early May, when the heightened water flow into rivers will begin, is the time when rivers and canals must be dredged to increase their water holding capacity

Khyber Pakhtunkhwa was in the grip of cold wave following rain and snowfall in Hazara and Malakand divisions. And even later in early March, heavy rain continued to fall in Khyber Pakhtunkhwa, leading to human fatalities and the damage or destruction of houses and public buildings. On 10 March, an avalanche occurred in Nathiagali.

More rain and thunderstorms were experienced in most of Khyber Pakhtunkhwa in March. This scenario of early 2020 is a bad omen for the forthcoming flooding season. The time when the flooding is to be expected due to water from rains and glacier melting starts from May which is next month already.

Apart from rain and glacier melting, monsoon the pattern also seems to change for Pakistan. Monsoon is due in August and September and it has resulted in flooding and the destruction of harvest and housing including the displacement of hundreds of thousand people in previous years.

There is thus a growing danger of flooding due to melting waters and monsoon in general. For this year in particular this should have alarm bells ringing in the concerned government departments. Experts say the intensity and frequency of flood in Pakistan will only increase.”

It’s a whole new ball game and climate trend lines can no longer be followed,” said Pervaiz Amir, a water expert and former member of the Prime Minister’s Task Force on Climate Change some time ago. “Rains have become more intense and fall in a shorter period,” and warmer temperatures are leading to faster melting of the Himalayan glaciers, compounding the risks of flooding.

The current Coronavirus crisis should not be an excuse for not planning for the rest of the emergencies looming. On the contrary, there is even a heightened danger when the presence of the coronavirus and the need to observe social distancing coincides with overflowing of rivers and canals and people displaced.

Pakistanis can be very innovative and creative, so please do everything to prevent flooding this year to go with the coronavirus and the bad economic situation

Who would then be able to observe social distancing? Or even reach the infected people to bring them to hospitals? On the contrary, the current coronavirus crisis necessitates to prevent any such scenario that includes the overlapping of two different crises.

One continuing tragedy in our country has been the failure to dredge the dams in time to increase their depth and thus increase store capacity. Consequently, instead of being stored – critically important for meeting the rising demand for drinking water and increasing the agriculture sector’s output – a lot of water is released into the rivers (also not dredged to hold higher quantity of water) that all end up in the Arabian Sea.

The period between now and early May, when the heightened water flow into rivers will begin, is the time when rivers and canals must be dredged to increase their water holding capacity, and the silt dug out used to heighten their embankment to minimize chances of water flowing over the embankments and flooding the fields and habitations alongside. Yet no politician or bureaucrat appears bothered about imminent danger in this critical period.

Read more: Balochistan’s water-crisis: Tailored solutions before its too late

Flood prevention measures must swing into action. Pakistan is blessed with a highly developed river management system which can be effectively used to prevent and mitigate the full impact of a flood. We have a Federal Flood Commission and the National Disaster Management Authority (NDMA) – while the NDMA is fully engaged with the coronavirus both bodies must be able and ready to deal with the forthcoming flood situation.

But so far no sign of activity has made it into the media and given that Pakistan is what it used to be there is a chance that all are busy staring at the daily updates of how many have been newly infected or how the PM will deal with the outfall of the sugar and wheat reports.

Although each year hundreds of millions are “spent” by provincial Irrigation Departments on river and canal dredging, there is a fear that the bulk of this job is “done” only in official records, not in reality – a malpractice that has never been checked though it is exposed by each flood tragedy.

It is not enough to write a 104-pages Flood protection plan, that has been initiated in 2015. It might be not too late at this point to swing into action, to coordinate between the different offices and do the practical things that are necessary and possible at this point to prevent a new flooding in the face of corona.

While the Army’s Medical Corps is fully engaged supporting the effort of the country fighting coronavirus, the Army’s Engineering Corps must be immediately tasked to work with the Provincial authorities to monitor the de-silting of canals and shoring up the rivers’ embankments. This will ensure that the work will be actually done. Pakistanis can be very innovative and creative, so please do everything to prevent flooding this year to go with the coronavirus and the bad economic situation.

News Desk - 24 July 2021
Shoaib Akhter predicts Pakistan will be the winner of the T20 world cup against India. Pakistan is currently struggling to register its first series win as it heads to West Indies after losing from England.

Pakistan’s road to national integration: What is the right approach?

Digital is the way forward for BISP, Ehsaas & all cash transfers!