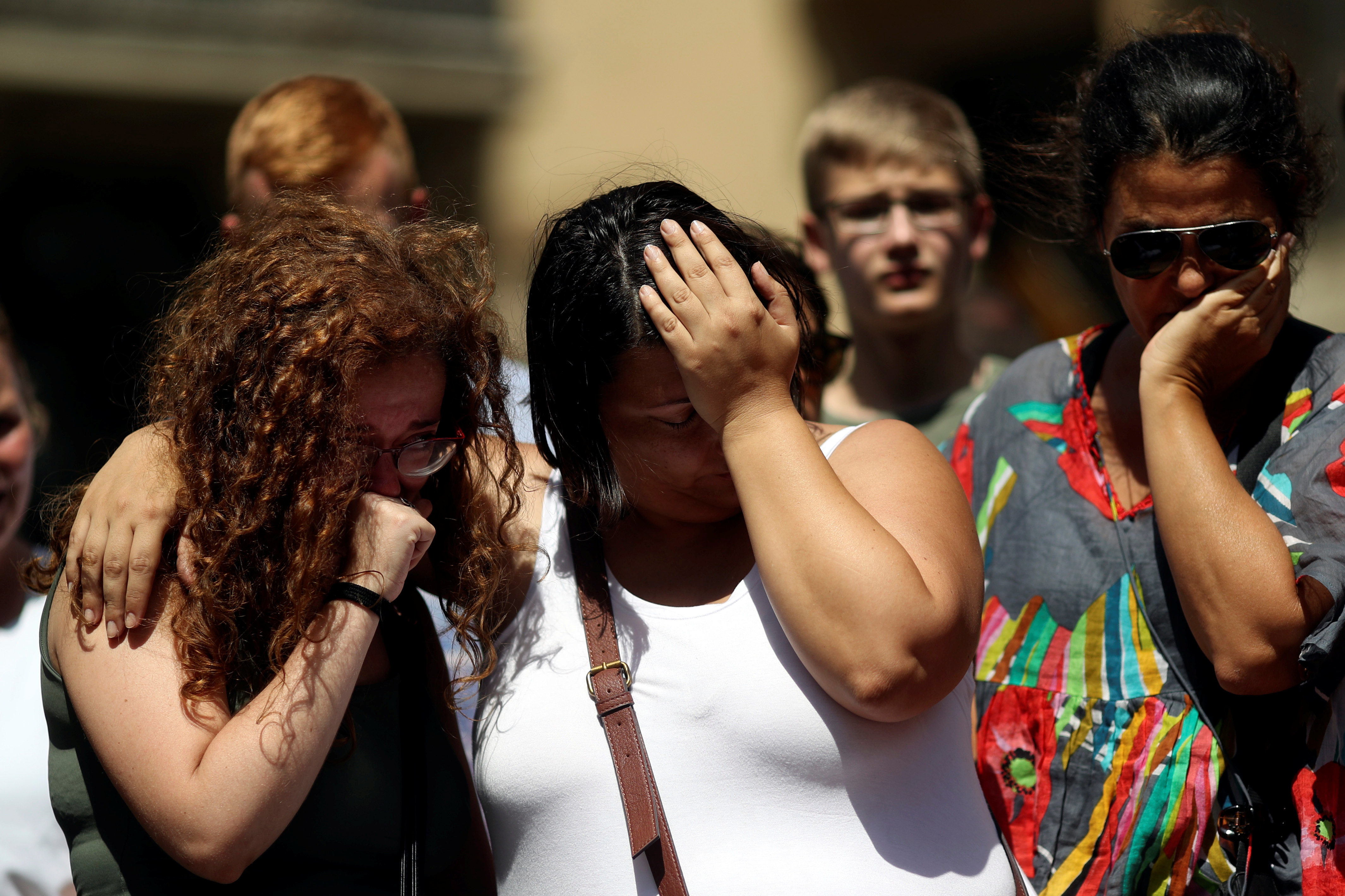 Last week, 13 more people died in Spain as a consequence of U.S. foreign policy in the Middle East and Afghanistan. No, not by guns or suicide bombs, which is often the case in “blowback,” but instead murder by vehicle. A van driven by a terrorist succeeded in killing 13 pedestrians and injuring about 100 others.

Here is an excerpt of from an article on the matter in the New York Times:

U.S. death machine continues to operate in the Middle East and Afghanistan, the citizenry of all nations who participate in that death spree should just accept the inevitable — more blowback

For more than a decade, Spain seemed immune to the steady eruptions of Islamic violence that rocked other European countries where radicalized young men, often from poor immigrant backgrounds, carried out a devastating bomb, gun or vehicular attacks…. Now, the authorities are rushing to answer how a group that includes teenagers was able to carry out a well-planned and coordinated attack in a country that has parried danger for so long, despite being such a tempting and symbolic target for Islamists.

What’s a reader to conclude on reading that type of thing? It seems to me that the logical import of such a statement is that Spain is facing a threat from Islamic terrorism — that Islam is a dangerous religion, at least in how it’s interpreted by religious extremists — that Muslim extremists are coming to get us to establish a worldwide caliphate — that it’s necessary to educate Islamic youth about Western civilization — and that it’s necessary for U.S. troops to be over killing them before they come to kill us here.

U.S. death machine continues to operate in the Middle East and Afghanistan, the citizenry of all nations who participate in that death spree should just accept the inevitable — more blowback

Of course, we heard this same tripe during the Cold War. The communists were engaged in an international conspiracy that was based in Moscow and whose aim was to take over the United States and the rest of the world. There were millions of them everywhere, including countless Reds serving as secret Fifth Columnists here in the United States. If U.S. forces weren’t sent to fight and die in Korea, Laos, Vietnam, and elsewhere to kill Commies, the dominoes would start falling and America would end up entirely Red.

As I was reading that New York Times article, I wondered: Are they even going to mention the possibility of “blowback,” which was the term that Chalmers Johnson used to title his great pre-9/11 book: Blowback: The Costs and Consequences of America Empire? Suddenly, in the middle of the article, there it was:

Read more: Refugee or migrant? Sometimes the line is blurred

But Spain does not loom as a primary focus for Islamist militants. Although a staunch NATO ally, the country has been a marginal player in the United States’ war in Iraq and Afghanistan. Even as they aggressively intercepted terrorist cells, Spain’s leaders have prided themselves on their efforts to integrate Muslims into mainstream Spanish society.

After mentioning and downplaying Spain’s role in the U.S. death machine in Iraq and Afghanistan, the article returned to business as usual.

Yet Spain cannot escape its symbolic attraction for Islamists that is rooted deep in its history. Between the eighth and 15th centuries, a large part of the Iberian Peninsula was ruled by Muslim caliphs, and extremist websites often speak fancifully about a return to the era of Al-Andalus, as medieval Spain was known.

Not surprisingly, the interventionists and the mainstream press hardly ever take note of Switzerland. No vehicular terrorist attacks there

Thus, all the stuff about Muslim history, or the nature of the Muslim religion, or about the supposed penchant of Muslims for violence, or about the so-called quest of Muslims to establish a worldwide caliphate is totally irrelevant fluff. The Islamic terrorism against the United States, NATO, France, England and other NATO members and “marginal players” in the U.S. death machine is nothing more than “blowback,” i.e., the inevitable consequence of U.S. foreign policy in the Middle East and Afghanistan, which has involved killing Muslims and others for more than 25 continuous years.

How do we know this? Well, one reason is that during the entire Cold War, when the official bugaboo was communists, nobody ever even mentioned the so-called threat from Islam. In fact, when the U.S. government partnered with Islamic extremists in Afghanistan when it was the Soviet Union doing the occupying of Afghanistan, American interventionists were ecstatic and cheered the U.S. support of Islamic extremists, some of whom would go on to form al-Qaeda.

The question naturally arises: Why can’t interventionists bring themselves to acknowledge that anti-U.S. Islamic terrorism is the consequence of U.S. interventionism in the Middle East and Afghanistan? Why can’t they just say, “Spain has just experienced 13 more deaths and 100 injuries as a result of Spain’s participation in the U.S. government’s ongoing interventionist killing spree in the Middle East and Afghanistan”? Why do they feel the need to embellish that simple truth will all that irrelevant fluff regarding the Muslim religion and Islamic history?

Better to keep people thinking that anti-U.S. terrorism came first and that U.S. interventionism is necessary to end terrorism

My hunch is that it’s because the U.S. national-security establishment, including NATO, is viewed as holy and sacrosanct by interventionists. To state clearly and unequivocally that the Pentagon and the CIA are the root cause of terrorist blowback is akin heresy in the minds of interventionists.

Not surprisingly, the interventionists and the mainstream press hardly ever take note of Switzerland. No vehicular terrorist attacks there. That’s because Switzerland isn’t a part of NATO and isn’t a “marginal player” in the U.S. death machine’s 2 year-long killing spree in Afghanistan and Iraq.

Since the U.S. death machine continues to operate in the Middle East and Afghanistan, the citizenry of all nations who participate in that death spree, either as a NATO partner or as a “marginal player,” should just accept the inevitable — more blowback — and leave the irrelevant fluff out of it. There is but one way to end the anti-U.S. terrorist blowback — by bringing all U.S. troops home.

66% of US college graduates regret their education, study finds

US places China Pakistan among countries of ‘particular concern’

73 years on: Why US still follows the Truman Doctrine?