The authorities of Kot Lakhpat Jail have barred former premier Nawaz Sharif from holding political meetings in jail. However, they have allotted Thursday for visits from his family members. Maryam Nawaz calls the move a try to quiet the opposition. 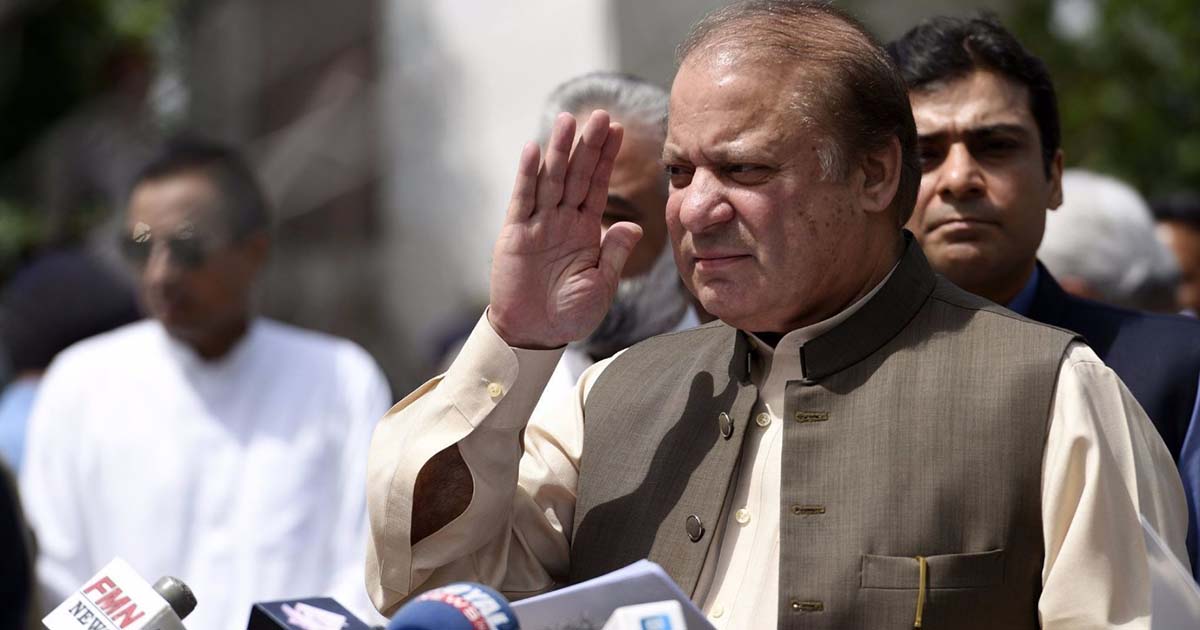 The authorities of the Kot Lakhpat Jail, Lahore, Punjab, on Thursday, canceled all the political activities and meetings of former Prime Minister and Pakistan Muslim League-Nawaz leader Nawaz Sharif.

Sources reveal that the former premier, as per the orders of the Punjab government, will not be allowed to conduct any political meetings or engagements from the Kot Lakhpat jail, where he is serving a seven-year sentence after being found guilty for corruption in the Al-Azizia Steel Mills case. His latest petition to get another bail on medical grounds was turned down by a two member bench of Islamabad High Court (IHC).

Earlier on March 26, he was granted a six week bail on health grounds for seeking treatment. However he did not seek any substantive treatment and instead his lawyers kept making a case for treatment in London. His lawyers then filed another petition to Supreme Court for extension of his bail on continuing health grounds which was turned down by the apex court and he was told to approach Islamabad High Court which has now turned down his petition for another bail.

Nawaz Sharif’s political schedule has been cleared, and he has been barred from meeting party leaders as he pleases. The authorities have allotted Thursday as a meeting day when the former prime minister can be visited by family members and PML-N leaders in the prison.

Maryam Nawaz Sharif, senior PML-N leader and daughter of former premier, vowed to raise her voice against the “cruelty and injustice” faced by her father, and get justice for him.

Inspector General of Police (IGP) Jails stated that this decision has been taken in the light of emerging security threats to the incarcerated former premier, however, he has the liberty to be visited by members of his family.

Reports reveal that the PML-N leadership was expected to visit Nawaz at Kot Lakhpat Jail to discuss the upcoming All-Parties Conference (APC). Shahbaz Sharif, Leader of the Opposition in the National Assembly, has criticized that “fascist thinking” has banned senior party leaders from meeting imprisoned premier Nawaz Sharif.

He condemned the authorities’ decision to bar Nawaz Sharif from holding meetings and asserted that the incumbent Prime Minister is afraid that the parliament will not approve the proposed federal budget.

The PML-N President stressed, “Let them do whatever they want to, we will not allow this anti-public IMF federal budget to get approved.” Maryam Nawaz Sharif, senior PML-N leader and daughter of former premier, vowed to raise her voice against the “cruelty and injustice” faced by her father, and get justice for him.

Maryam Nawaz lamented, “All doors of justice have been closed on a Prime Minister who spoke up for public welfare and fought for the rule of law and constitution.”

She added, “I am not afraid of being jailed. Very soon, the people will understand the game that has been played with Nawaz Sharif.”

It appears that Nawaz Sharif’s physician, Dr. Adnan Khan, was also barred from visiting his patient in Kot Lakhpat Jail.

Tweeting from his twitter handle, Dr. Khan stated, “Today waited hours outside Kot Lakhpat Jail to see former PM Nawaz Sharif, was not allowed despite repeated requests made to authorities.”

He added, “I can’t emphasize enough that his health requires constant & regular specialized medical care and attention. This is inhumane and inconsiderate.”

Today waited hours outside Kot Lakhpat Jail to see former PM #NawazSharif, was not allowed despite repeated requests made to authorities.
I can’t emphasise enough that his health requires constant & regular specialised medical care & attention.
This is inhuman & inconsiderate ! pic.twitter.com/QCDvXvJeMV

It is Yasmeen vs Kulsoom in NA-120